“Come home baby, the house misses you, I miss you, the bed misses you.” 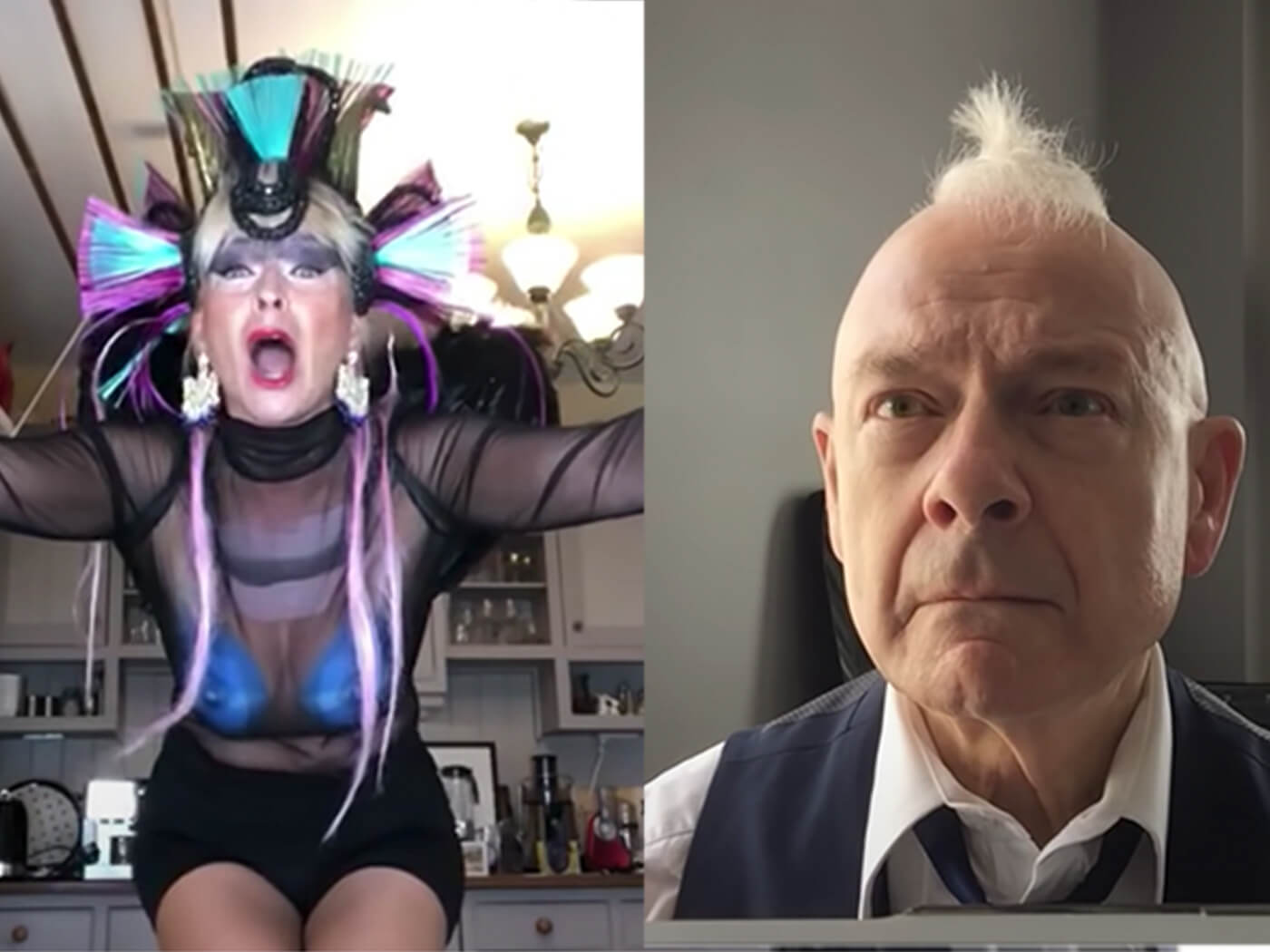 In this week’s Sunday Lunch cover, Toyah Willcox went solo with a cover of Because The Night by Bruce Springsteen and Patti Smith – with Robert Fripp reacting to his wife’s performance.

The cover video was shot in the couple’s familiar kitchen, sans Fripp who is currently on tour in the US with King Crimson. “Transatlantic time differences don’t stop the night belonging to the Sunday Lunch lovers,” Toyah captioned the video. Watch it below.

It’s not the first week that Toyah has performed alone. Since Fripp embarked on his US tour in July, Toyah has covered Chris Isaak’s Wicked Game and the Divinyls’ I Touch Myself.

This week, Robert Fripp also made an appearance in the music video for Toyah’s own song Rhythm In My House from her latest album Push Pop. The video showed Fripp, Toyah and her musical collaborator Simon Darlow jamming out as bubbles drift around them.

The US leg of King Crimson’s Music Is Our Friend tour will wrap on 11 September in Washington, DC. A leg in Japan will kick off with back-to-back shows at Tokyo’s International Forum on 27 and 28 November.