The pair have uploaded another colourful video to their weekly cover series. 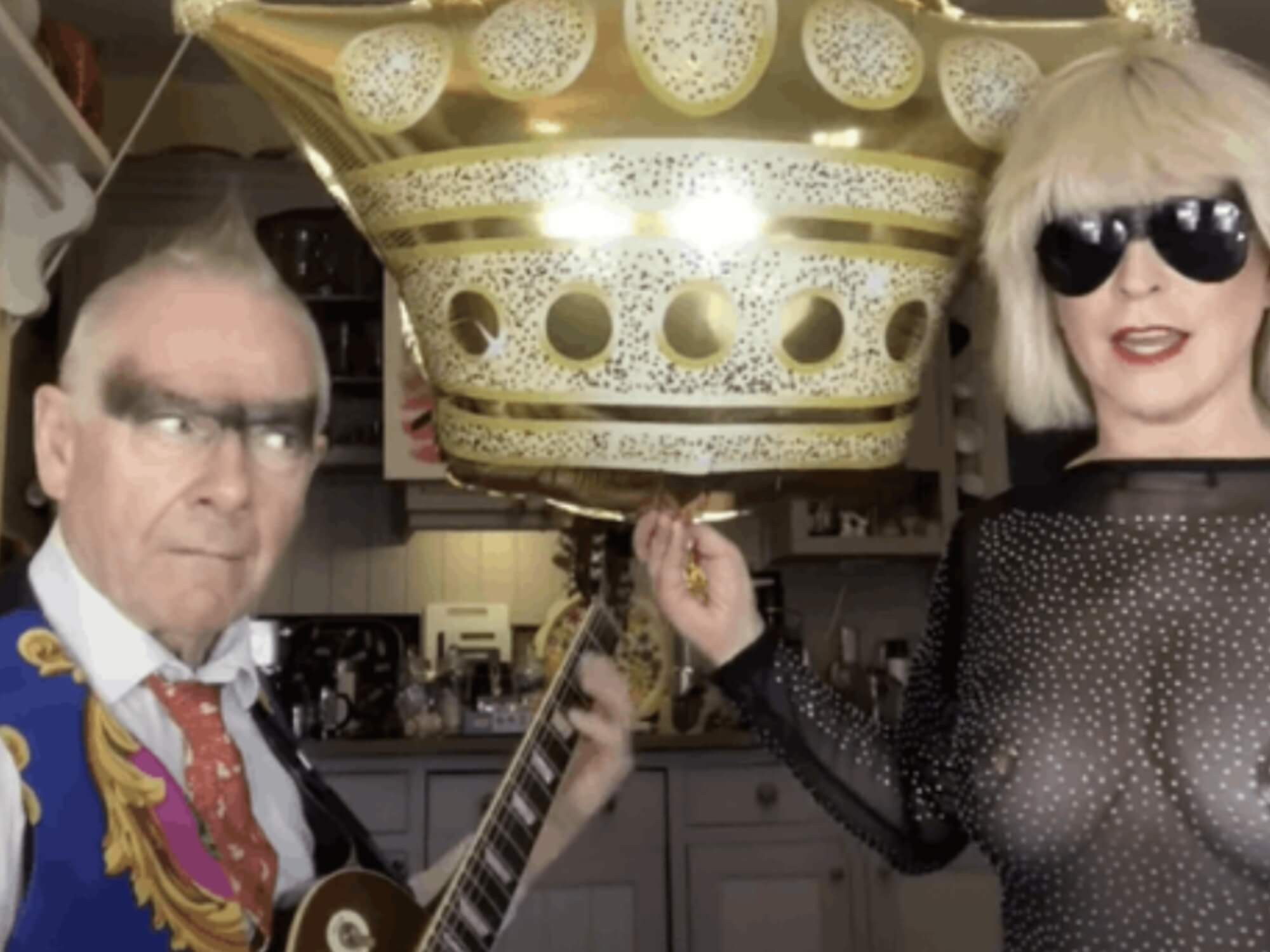 Robert Fripp and Toyah share their vibrant take on Megadeth’s Holy Wars… The Punishment Due in the latest episode of their weekly Sunday Lunch cover series.

This week’s cover features the pair (as usual) in their kitchen – Toyah sings while holding a large crown-shaped balloon all while Fripp strums the heavy riff by her side.

“The Duo are on top form this week as they belt out a Megadeth anthem in the kitchen!” the caption wrote. Toyah, in her sunglasses look regularly adorned for the series, paired with a bold transparent mesh top, delivers her take on Mustaine’s classic vocal.

Watch the full video below:

Beginning in 2020 at the start of the pandemic, the couple’s popular Sunday Lunch series has seen them take on a range of hits, including Foo Fighters’ All My Life, Neil Young’s Rockin’ In The Free World, The Undertones’ Teenage Kicks and Smashing Pumpkins’ Bullet With Butterfly Wings.

But this week’s rock-off is taken from Megadeth’s 1990 album Rust in Peace – the American metal band’s fourth studio album.

It was released on 24 September under Capitol Records, and was the first of the band’s records to feature guitarist Marty Friedman and drummer Nick Menza.