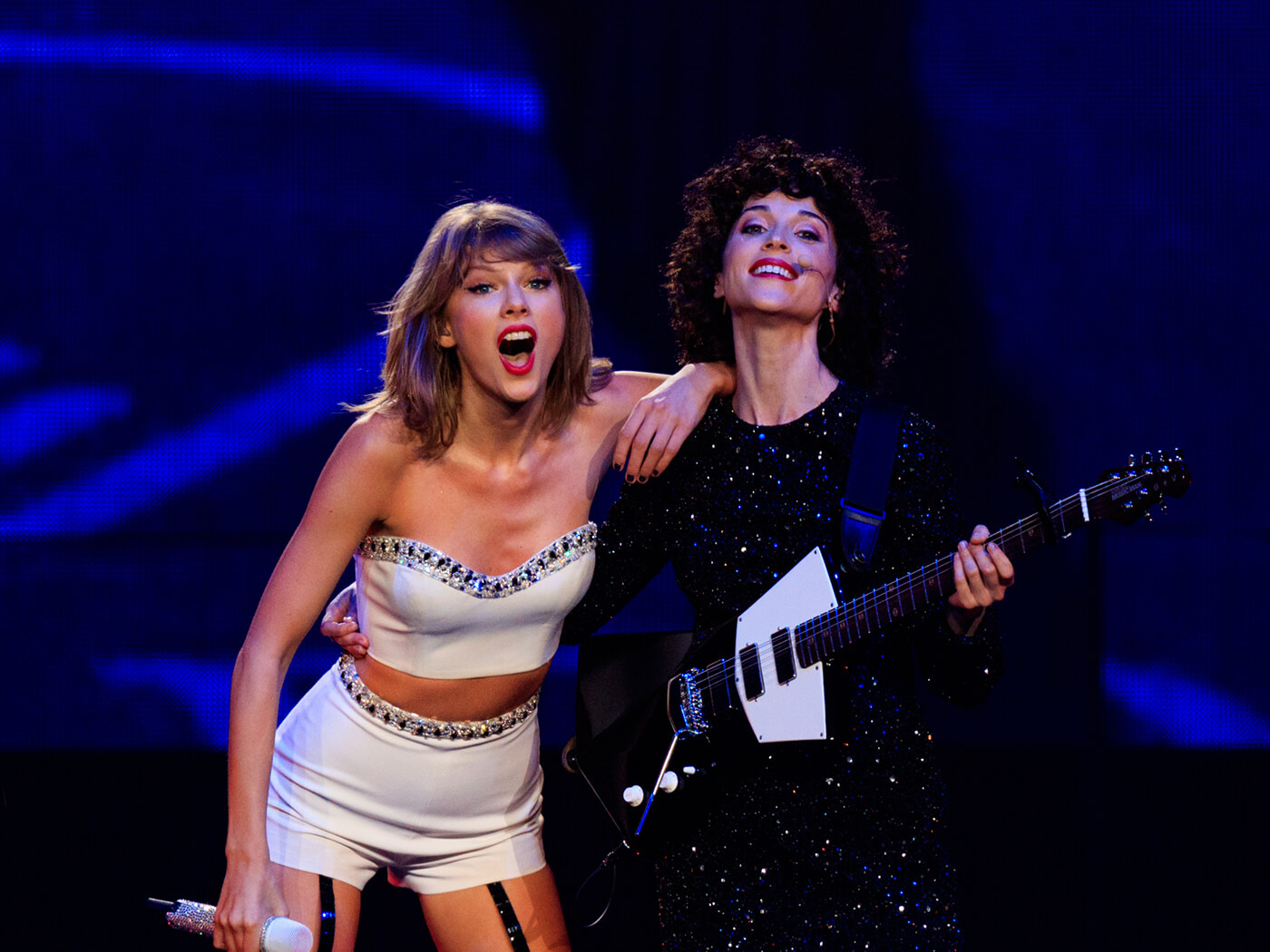 Annie Clark (better known as St. Vincent) is one of the many collaborators on Taylor Swift’s new album, Lover. The guitarist features on Cruel Summer.

Clark shares a writing credit with Jack Antonoff – who notably produced her 2017 record, MASSEDUCTION – on the tune. And although this is the first time Clark and Swift have collaborated on a song, the former’s appearance on Lover doesn’t come as a massive surprise. In 2015, the two shared the stage on the pop star’s 1989 tour – Swift had brought out St. Vincent to cover a Beck track, Dreams.

Back in April, we reviewed St. Vincent’s new-for-2019 signature Sterling guitar, saying, “With stellar playability and tones, this sensibly priced signature instrument is just a few manufacturing tweaks away from greatness.”