Stephen Stills pays tribute to bandmate David Crosby, says he “shall miss him beyond measure”

It was announced yesterday (19 January) that David Crosby had passed away at the age of 81. 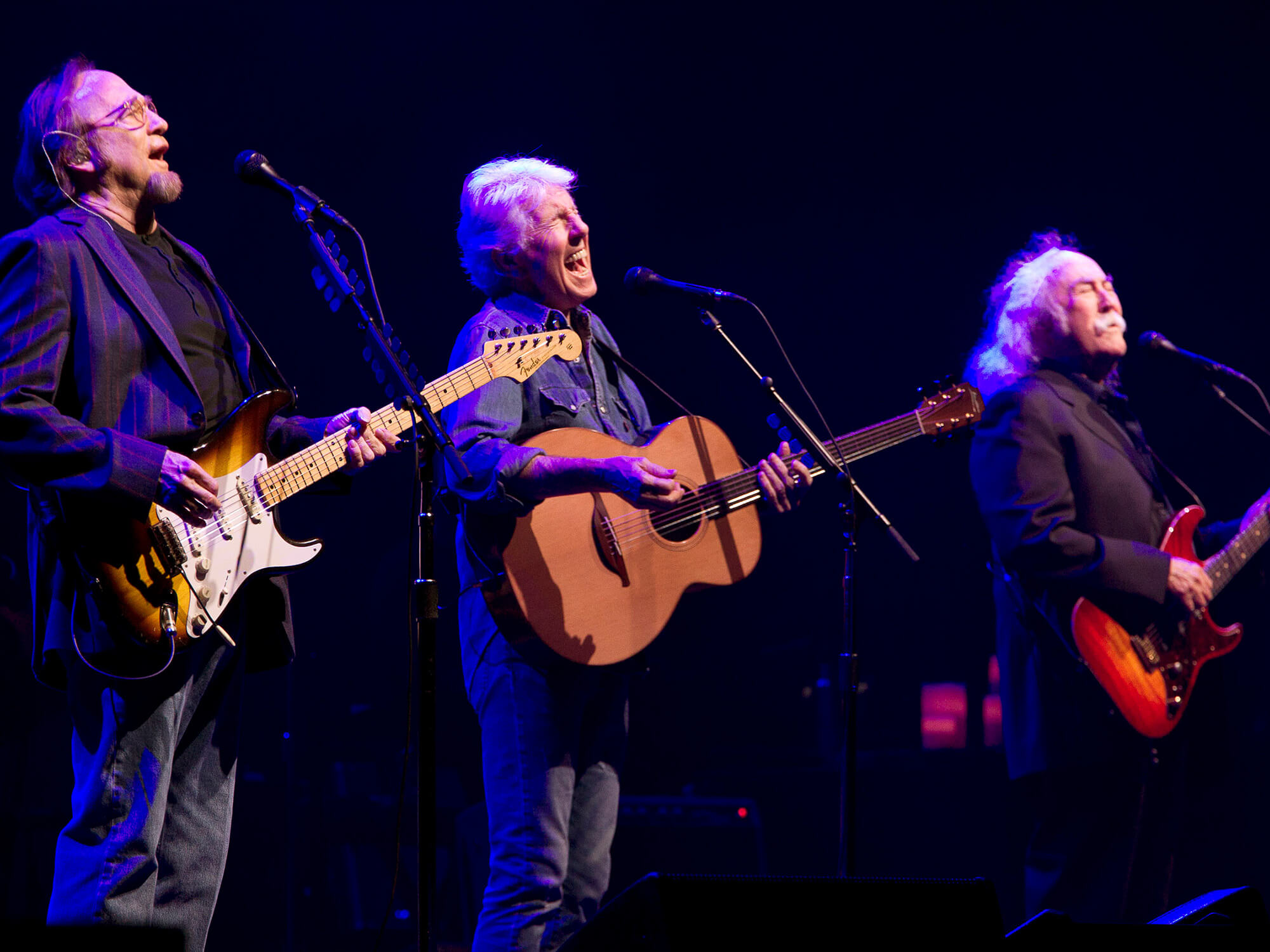 Stephen Stills has paid tribute to his Crosby, Stills & Nash bandmate, David Crosby, who sadly passed away aged 81 after a long illness.

In an official statement, which was also shared to Stills’ Twitter page, he said: “I read a quote in this morning’s paper attributed to composer Gustav Mahler that stopped me for a moment: ‘Death has, on placid cat’s paws, entered the room.’ I shoulda known something was up.”

He continued, “David and I butted heads a lot over time, but they were mostly glancing blows, yet still left us numb skulls. I was happy to be at peace with him.

“He was without question a giant of a musician, and his harmonic sensibilities were nothing short of genius. The glue that held us together as our vocals soared, like Icarus, towards the sun,” he said. “I am deeply saddened at his passing and shall miss him beyond measure.”

Crosby’s wife, Jan Dance, gave a statement yesterday (reported by Variety) which reads: “Although he is no longer here with us, his humanity and kind soul will continue to guide and inspire us. His legacy will continue to live on through his legendary music. Peace, love, and harmony to all who knew David and those he touched.”

She concluded, “We will miss him dearly. At this time, we respectfully and kindly ask for privacy as we grieve and try to deal with our profound loss. Thank you for the love and prayers.”

Crosby rose to prominence as part of the original line-up of The Byrds. After tensions grew between him and his bandmates in 1967, he left and shortly after recruited Stills and Graham Nash to form their iconic musical trio. Crosby, Stills & Nash’s 1969 self-titled debut was a hit, and shortly after, Neil Young would begin his relatively brief tenure with the band to make it Crosby, Stills, Nash & Young.

Our thoughts are with the family, friends and fans of David Crosby as they mourn his loss.