He’d much rather you learnt how to read sheet music. 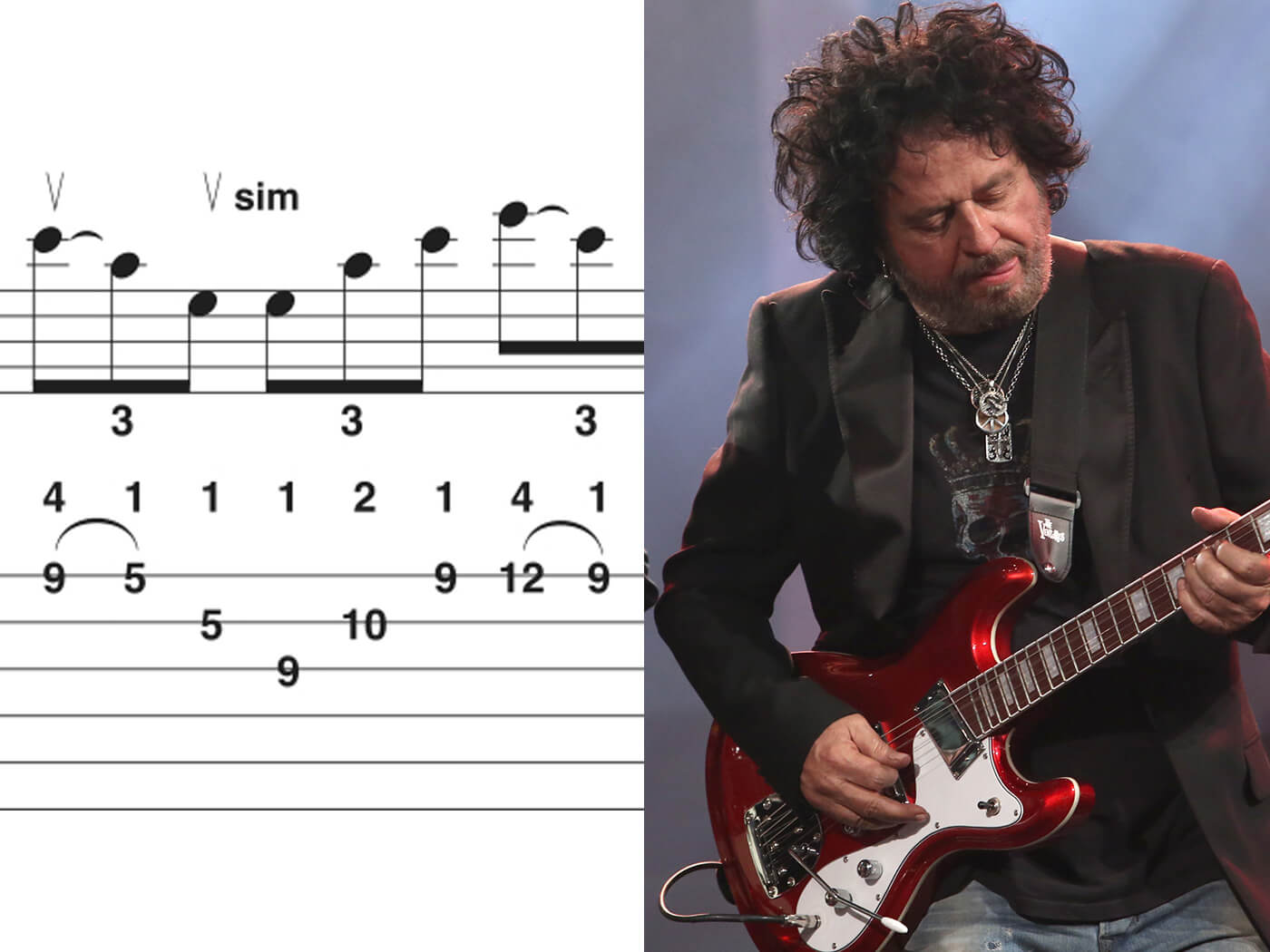 In an interview with Ultimate Guitar (one of the biggest tablature websites on the internet, it’s important to note) Steve Lukather was asked if he uses tabs at all, to which he replied: “No. Tab doesn’t even make sense to me.”

“Why would you learn that if you can learn how to read music?” he continued. “I look at tablature and reading music the same way you look at playing real guitar and playing Guitar Hero.”

Lukather then asks: “If you’re taking all that time to learn the game [Guitar Hero], why don’t you go on to learn how to play the guitar at the end of it? It’s the same thing to me, like, why would you do that?”

In case you’re not familiar, the video game Guitar Hero converts an entire song’s guitar parts into just a few rows of notes. These are then played in time to the song on a plastic guitar the size of a ukulele, which instead of strings and frets has five buttons. A far cry from playing a ‘real’ guitar, it’s true.

You could, however, make the argument that this disconnect exists for all video games, at least to some extent. Things like sword fighting, piloting a spaceship and stealing police helicopters are all much harder to do in real life than in video games, especially after a few beers with some friends – the ideal situation to dig out Guitar Hero Metallica and clack your way through the Enter Sandman solo. Tablature, as seen above, can be directly mapped onto sheet music, however – unlike, say, the Guitar Hero notes for Through The Fire And The Flames. Which isn’t to imply nailing that on expert mode isn’t a feat in itself.

Lukather continued, recognising that he’s going against the tide of popular opinion when it comes to his view on tablature: “But hey, a lot of people live by it, even in Nashville,” he said. “Sure, it’s easier to change keys but it’s a drag when you have altered chords.”

Relatedly, he was also asked about the view that some guitarists have on learning a lot of music theory: that it will make your playing “stale.” Lukather didn’t buy the idea, saying: “Bullshit! If anything, it has really helped my playing, especially back in the day when I had to come up with parts on the spot. They’d just give you a chord symbol and count off the tune and you’re supposed to come up with something brilliant on the spot.

“Just knowing your common tones, your relative majors and minors, the simple dumb shit you learn right away, I don’t care if you’re a shredder or a classical player, it’s important to know the language.”

Lukather also caused a stir recently when we spoke out against a journalist for allegedly pigeonholing all of Toto’s discography by just referring to the band’s mega-hit Africa. He described the critic as an “ass clown” who “wrote some horrible shit about Africa, a song that was written in 1981 by the way … And it’s still fucking everywhere.”

He then compared the song to “herpes,” as “it comes back when you least expect it.” The song featured a massive resurgence a few years ago when it was the subject of various memes. Most of these simply made reference to how the song is a genuinely great piece of music. Lukather went on to agree with this, at least, saying: “at the same time, it’s a golden nugget. But that’s the golden nugget that the Satan person has, and they hold it over our heads now. And it’s like they think we’re only worth one song because they own it. And it’s like, ‘Dude, we’ve got a lot of material.’”