Steve Vai on how social media has impacted his playing style: “I’m not a good blues player really, or great jazz fusion, or anything like that. I’m not even an authentic rock player”

The guitarist also explains how he thinks social media is a great tool for musicians, but only if they are willing to embrace it. 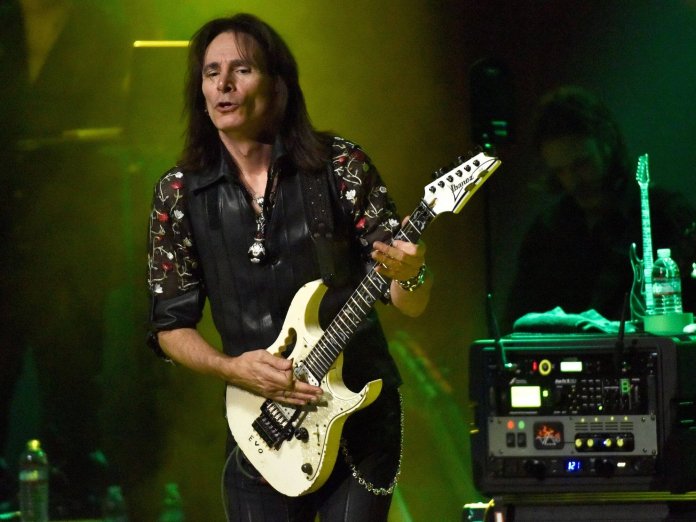 Guitar virtuoso Steve Vai has spoken out about his approach to playing the guitar, insisting that he doesn’t see himself as a diverse player, nor as someone who has evolved the instrument. In the interview, the musician also shared his thoughts on social media, explaining that the only thing holding musicians back is their attitude.

Speaking as part of a Q&A session at this year’s Hellfest, Steve Vai has confessed that, while he has seen some “fascinating shit” by other guitarists in the scene, new playing techniques have only encouraged him to stay true to his own style.

Despite being seen as one of the most influential guitarists of all time, Vai claims to refrain from incorporating new techniques as he believes he would struggle to keep up with some of the new guitarists that are emerging.

“Remember, I was at the top of my game back in the ’80s and ’90s,” he states. “I’ve been able to see these new generations of guitar players that have evolved the instrument. The performance of the instrument [is at] levels that I couldn’t see when I was younger… It’s just fascinating shit.”

“The way it inspires me is not to try to play like that – that was never kind of in my wheelhouse. That’s why I’m not a good blues player really, or great jazz fusion, or anything like that. I’m not even an authentic rock player, in a sense. I’m just the quirky guy, you know? I can see the innovation, and that’s inspiring for me to continue my own innovation because I can’t play with those guys!”

Elsewhere in the discussion, Vai also shared his views on social media and streaming. Claiming that it is near “impossible” to resist being influenced by digital platforms such as Instagram, the guitarist argues that hindrances are most likely to affect those unable to change their attitudes.

“It’s virtually impossible for any of us to not be influenced by social media [but] the quality of what you’re going to receive is based on your attitude,” he explains. “When digital came along, people started losing money, artists particularly, because CDs were dissolving. [But when social media emerged] you could be so much more independent. You could put your work up and not have to go through a lot of people to get permission to do it.”

Vai elaborates, sharing how he believes that people prosper when they have an open mind towards new developments– and grind to a halt when they try to resist:

“There are three different attitudes that I’ve seen when it comes to addressing social media. One of them is, ‘This sucks.’ ‘This has destroyed my career.’ ‘I can’t make any money.’ And if that’s your attitude, that is what you will find.”

He continues, “The second one is, ‘How can this serve me? Because it’s here to serve me, and I’m here to serve it. And I’m going to find the benefits on how this can help me.’ […] If that’s your mindset, you’re gonna find all that stuff. And then the third mindset pertains to people who […] look at the internet, and they look at technology, and they say, ‘What doesn’t it do that I want it to do? Because I’m gonna make it do it.’”