Upscaled, rather than re-scanned. 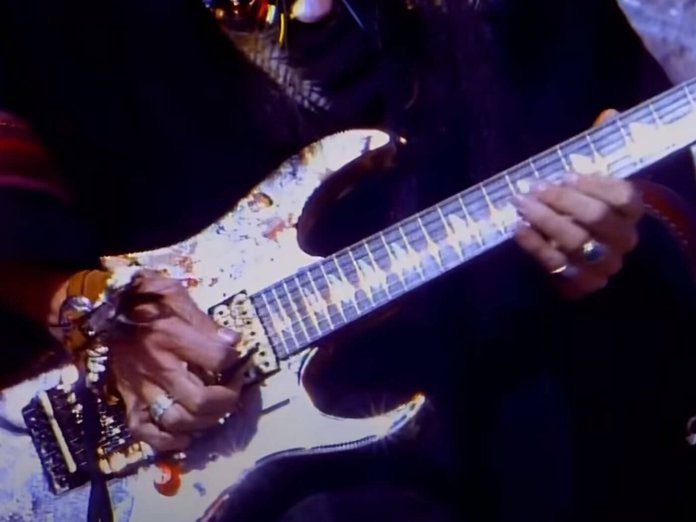 Steve Vai has released a high-definition version of his music video for For The Love Of God, created by processing and upscaling the original version.

The track originally appeared on Vai’s 1990 solo album, Passion And Warfare. In the video, Vai is seen playing his seven-string Ibanez Universe.

The video interspaces footage of Vai playing with that of important world events. The new version has not been re-scanned from film, but instead created using upscaling software. This is a broad range of programs that use various methods to increase the resolution of footage, and has been previously used to create 4K (3840×2160) versions of old music videos. In some cases, YouTube allowed notable music videos to keep their original view counts and location on the site, replacing the footage with the higher resolution version.

Upscaling is needed when a video was not shot on film, or the original film was lost – as modern scanning technology can convert high-quality film footage to a much higher resolution than videos were being edited for in the 1980s and 1990s. They were often intended for TV screens which at the time were composed of 480 (NTSC) or 576 (PAL) lines of analogue video, in both cases roughly equivalent to the 480p option seen on video streaming sites today.

Vai’s reupload doesn’t go into the specifics of the process, but given the presence of stock footage, it’s possible the original video was not edited together with a high-resolution format in mind.

Recently, Vai has launched a Patreon page, which will host “exclusive content” from the guitar virtuoso, including new episodes of his ongoing Alien Guitar Secrets and Under It All video series. Additionally, supporters will get to take part in gear giveaways and more.

You can see the new video from Vai’s official channel below.