Ted Nugent says he would “love” supporters to go “berserk on the skulls” of Democrats, Marxists and Communists while at a Trump rally

The concerning remarks seem to advocate for politically-motivated violence. 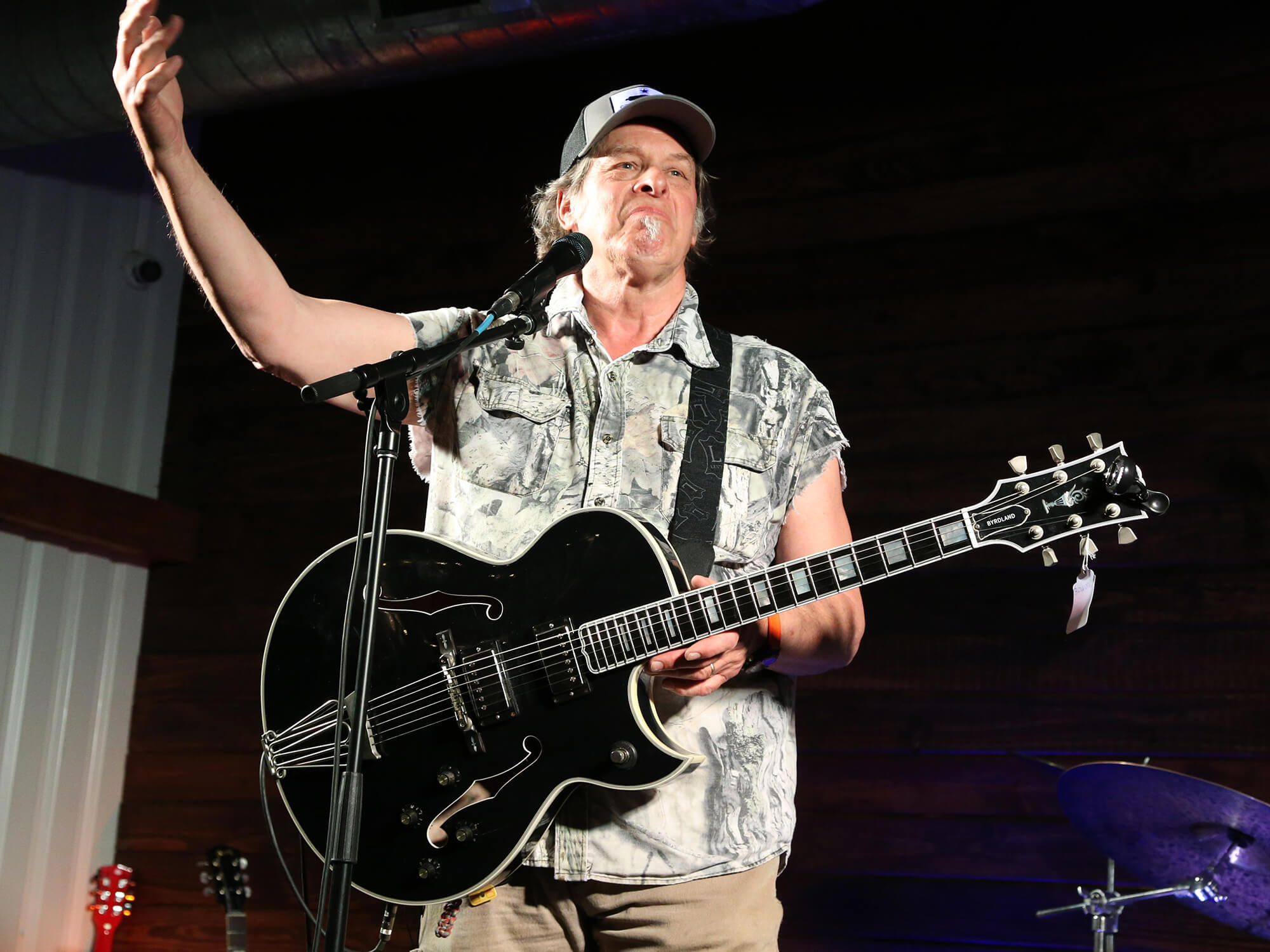 Ted Nugent has continued to be a lightning rod for controversy following his appearance at a Donald Trump rally, where he seemed to advocate for violence against who he views as “the enemies of America.”

During his appearance as a musical guest at a political rally organised by former US president Donald Trump, Nugent spoke passionately about what he believes to be Joe Biden’s illegitimate presidency.

“Think of what the enemies of America have done over the last 14 months,” a video posted to Twitter this week shows him saying. “They didn’t sneak into the White House – they lied, they cheated, they scammed, and every day the Democrats violate their sacred oath to the Constitution. And if you can’t impress your friends on that, they shouldn’t be your friends.”

Ted Nugent at the Trump rally yesterday: “Think of what the enemies of America have done over the last 14 months .. I love you people madly, but I’d love you more if you went forward and just went berserk on the skulls of the Democrats and the marxists and the communists.” pic.twitter.com/8r1RVvpxon

His comments harken back to the conspiracy theory that the results of the 2020 election were fraudulent, a theory that was endorsed by followers of both QAnon and the wider world of right-wing US politics. The disbelief that Joe Biden had actually won the presidency led to the events of 6 January, where Donald Trump’s supporters broke into the US Capitol building. Five people died during the attack. Nugent has since claimed that the real perpetrators of the attack were groups such as Antifa and Black Lives Matter, stating that “The real Trump supporters were conservatives that believe in God, family, country, law and order trying to stop them.”

At the recent Donald Trump rally, however, Nugent then made a comment that seems to contradict this peaceful depiction of his politics. “So I love you people madly,” he said, “but I’d love you more if you went forward and just went berserk on the skulls of the Democrats and the Marxists and the Communists.”

His comments were met by cheers from the crowd. What Nugent hopes people will interpret his request to “go berserk” as, it is unclear, however, it’s hard to interpret the comment kindly.