The Darkness on the unexpected love for ‘I Believe in a Thing Called Love’: “I expected us all to feel embarrassed playing it” 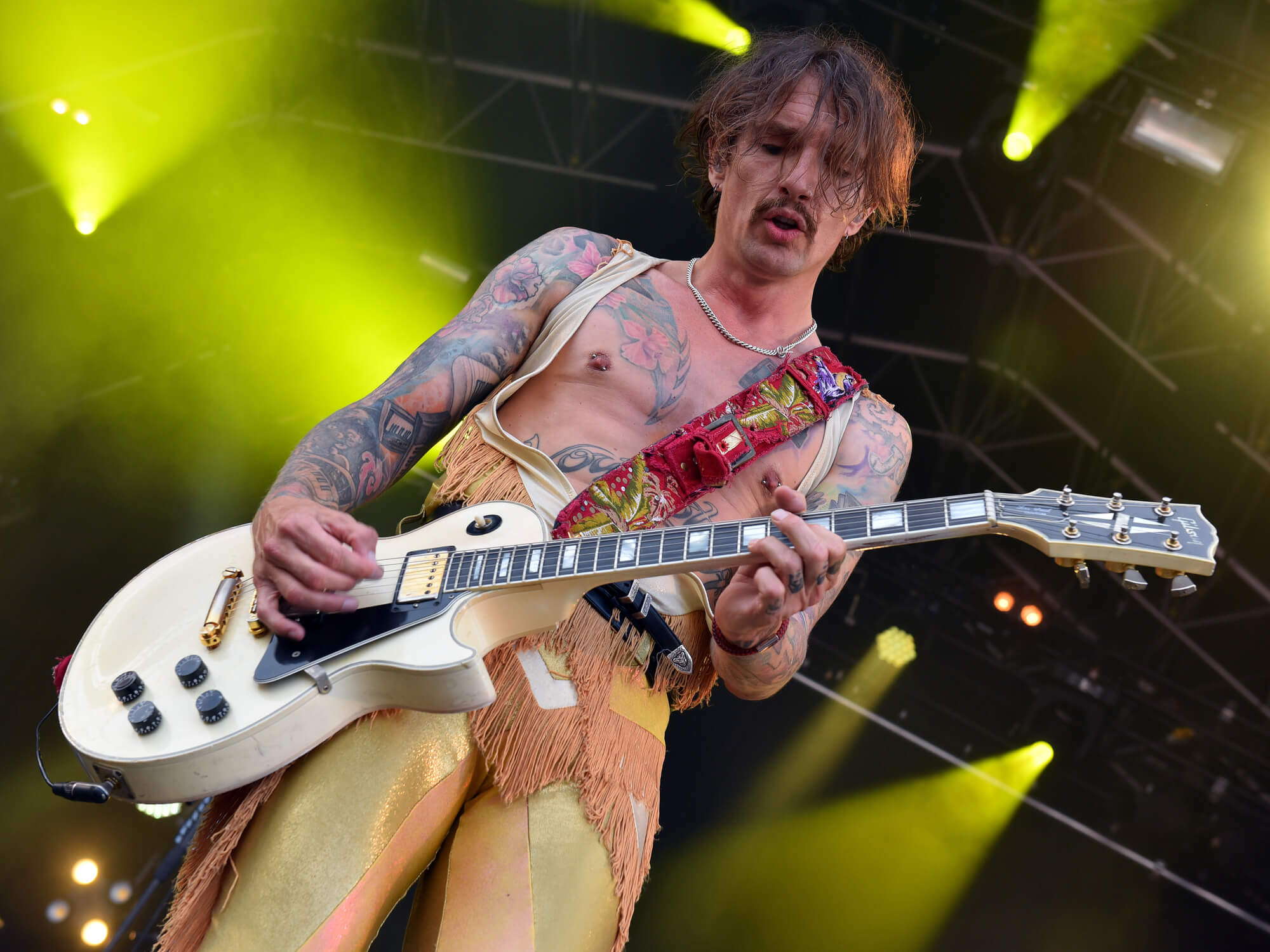 Join The Darkness as they take you behind the scenes of the making of their greatest hit — I Believe in a Thing Called Love, a song the band admittedly “didn’t labour” or “toil” over.

Inspired by a conversation along the lines of “Why don’t we just write the stupidest song ever?”, the track was in fact one that leaned more ‘embarrassing’ than ‘number one hit’ in the eyes of guitarist Dan Hawkins.

“It was probably Justin, my brother, who came up with the first riff: he and Frankie [Poullain, bassist] were sparring with that ridiculous chorus line very early on,” Hawkins told The Guardian. “I came up with the bridge and the back end of the chorus and tried to put it into some sort of semblance of a song. We took that arrangement into a dingy rehearsal room a few days later.”

“I expected us all to feel embarrassed playing it. But everyone was singing along to the chorus the second time it came around. We looked at each other and thought: “This is it. It’s staying.” I was like: “Oh fuck. It’s staying.”

Frontman Justin Hawkins added, “We didn’t labour over it. We didn’t toil and look for the ultimate riff. I was just following my fingers, really.”

“I think we were sitting at what we used to call the Table of Truth: it was a round wooden table in the flat where Frankie and Dan lived. Things that are cartoonish and ridiculous — that’s my raison d’être. The ridiculous things that the Darkness do are tempered by Dan’s actual good taste. For me to be turned on, it’s got to have something in it that makes him go: “You can’t do that.”

The rocker also recalled being on a “pathological quest to put ‘love’ in every single song”, a topic he claimed bands were afraid to talk about: “The huge songs, the ones that really get you in the heart, they’re actually talking about it and they’re using the word ‘love’,” he said.

“I remember when we rehearsed the song, our manager came down and just said: ‘That’s a hit, that is.’ This was news to us. We recorded it in 2001 — the lead vocal was recorded on 11 September, the day of the 9/11 attacks. We played it with Robbie Williams at Knebworth a few summers later. It really was like: “Shit! Now we’re famous.”