The band did not say if the reunion was a one-night-only affair. 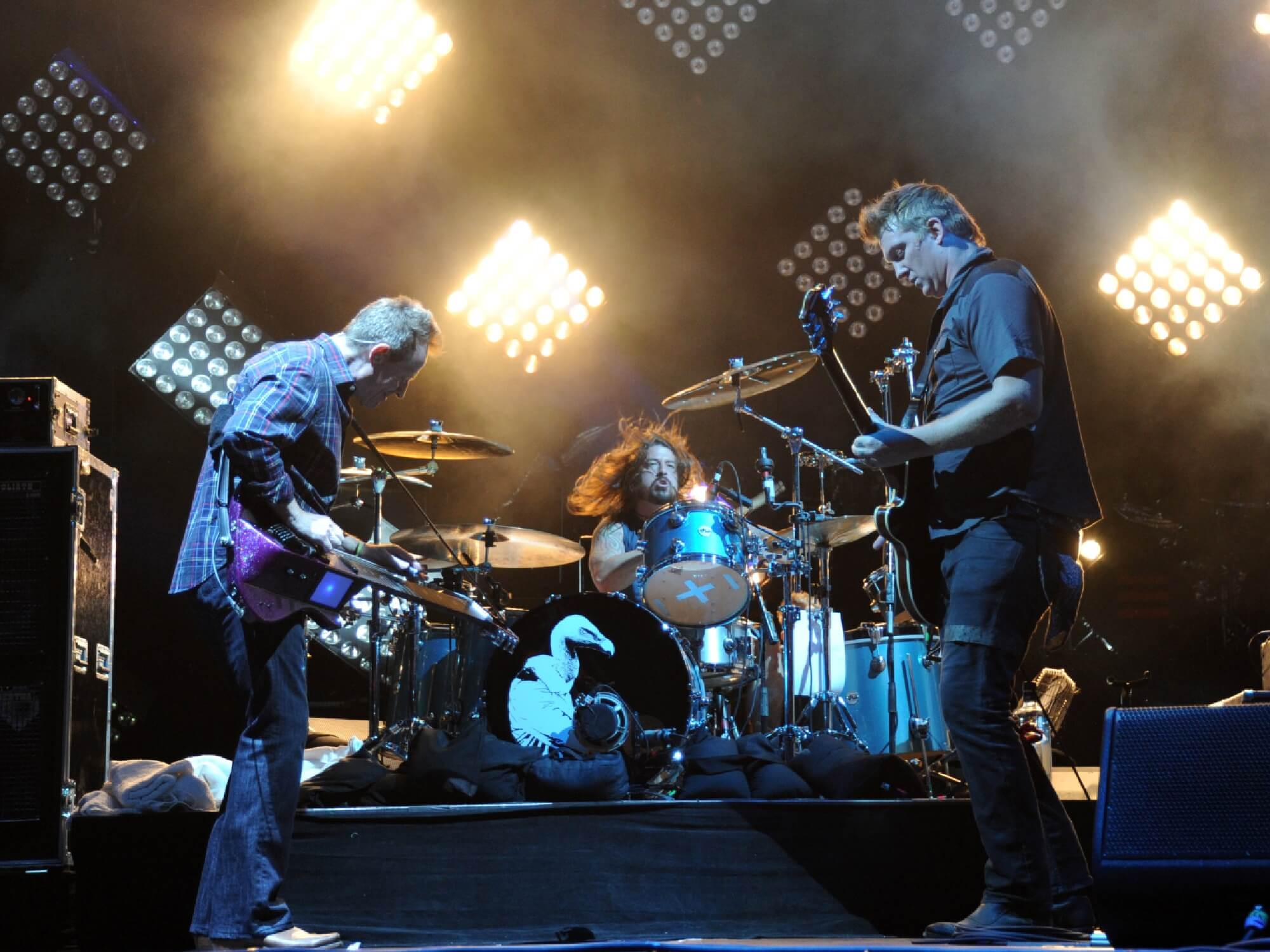 The supergroup performed Sir Elton John’s Goodbye Yellow Brick Road following a taped tribute from the famed pianist to Hawkins. Them Crooked Vultures performed Gunman from their 2009 self-titled album before concluding the set with the Queens of the Stone Age cut Long Slow Goodbye.

The band did not say if the reunion was a one-night-only affair, as Homme put it during their set: “For right now, I’ll just leave it at that.”

Taking place at Wembley Arena on September 3, the star-studded, six-hour-long concert featured appearances from Rush’s Geddy Lee and Alex Lifeson, Wolfgang Van Halen, Queen’s Brian May and Roger Taylor and many many more.

Foo Fighters’ set at the tribute show feature surprise performances from Grohl’s daughter, who performed Jeff Buckley covers, and Shane Hawkins, the late drummer’s son who performed the Foo Fighters’ track My Hero.  Paul McCartney even made an unannounced appearance at the show.

The second tribute show will be held on 27 September at the Kia Forum in Los Angeles will feature the likes of Gene Simmons, Nikki Sixx, Miley Cyrus, Joan Jett and Alanis Morissette.

Hawkins passed away in March at the age of 50, while the band was on tour in South America. Following his untimely passing, the band cancelled their upcoming tour dates. They wrote in a statement: “It is with great sadness that Foo Fighters confirm the cancellation of all upcoming tour dates in light of the staggering loss of our brother Taylor Hawkins.

“We’re sorry for and share in the disappointment that we won’t be seeing one another as planned. Instead, let’s take this time to grieve, to heal, to pull our loved ones close, and to appreciate all the music and memories we’ve made together.”