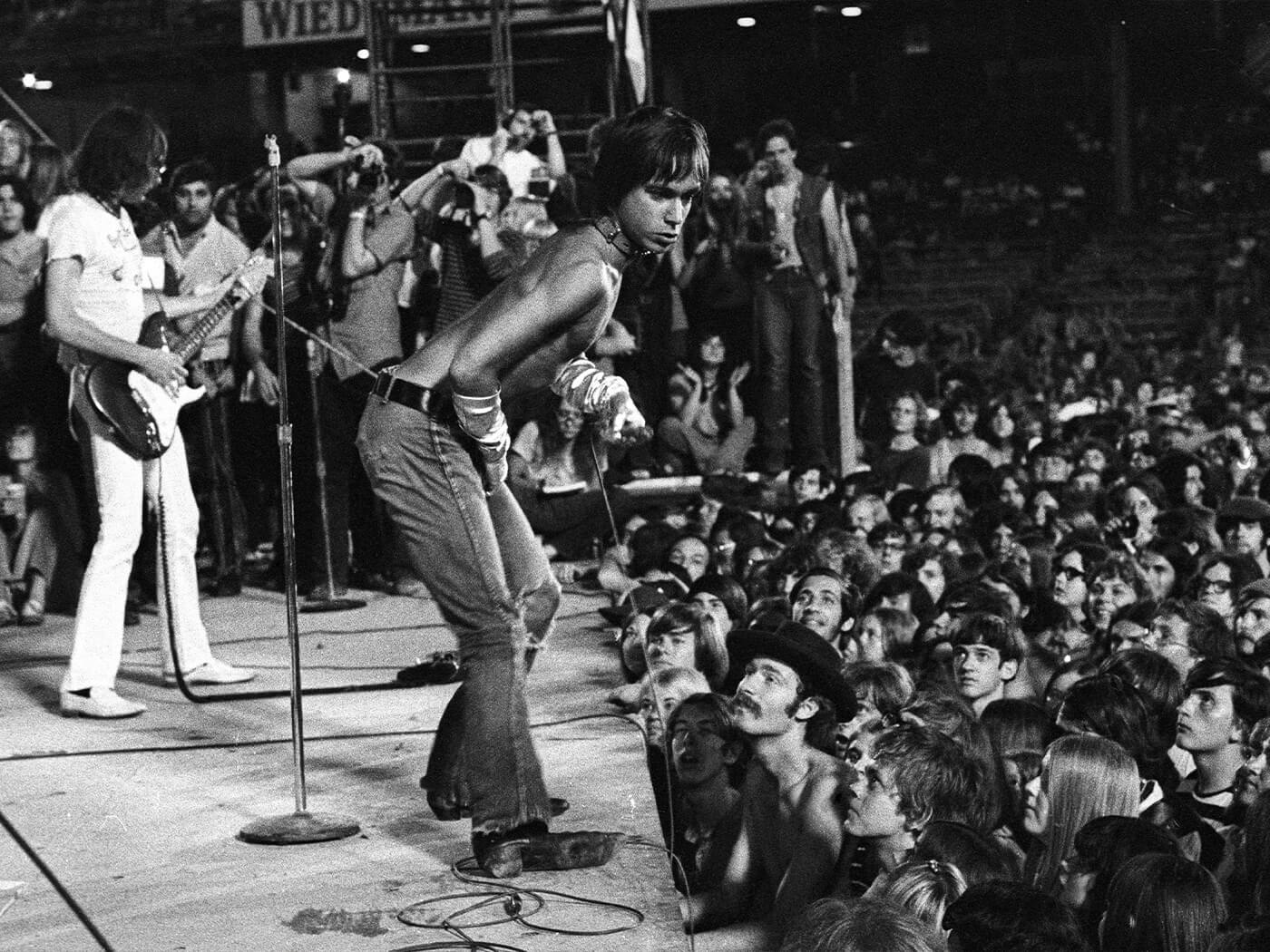 Third Man Records will be releasing a soundboard recording of the Stooges’ performance at the 1970 Goose Lake International Music Festival in Michigan. This release will commemorate the 50th anniversary of the gig – which was also the last to feature the group’s original lineup.

A first listen of Live at Goose Lake: August 8th 1970 has been issued with the radio edit of T.V. Eye. Take a listen below.

The Stooges’ festival performance has been the topic of much discussion over the years. Fan theories have suggested that bassist Dave Alexander – due to nerves or intoxication – spaced out in front of the 200,000 strong audience – not playing a single note. This was said to have led to his speedy dismissal by frontman Iggy Pop.

However, Third Man Records claimed that this archival release may shed new light on the infamous performance, writing on their website, “Would you believe that Alexander actually did play bass on this occasion? Or that, despite grievous failures on some songs, Alexander is damn solid on others?”

The two-track tapes for Live At Goose Lake – described by the label as the “Rosetta Stone” for fans of the group – were said to be “found buried in the basement of a Michigan farmhouse” – and is the only known soundboard recording featuring the band’s original lineup.

The full track listing below:

Pre-orders for vinyl and CD editions of Live at Goose Lake: August 8th 1970 have begun on the Third Man Records website. The album is scheduled to release 7 August.