Tom Morello on protesters chanting Killing In The Name: “Well that’s what it’s for!”

The guitarist has praised the protesters for using the politically-charged lyrics. 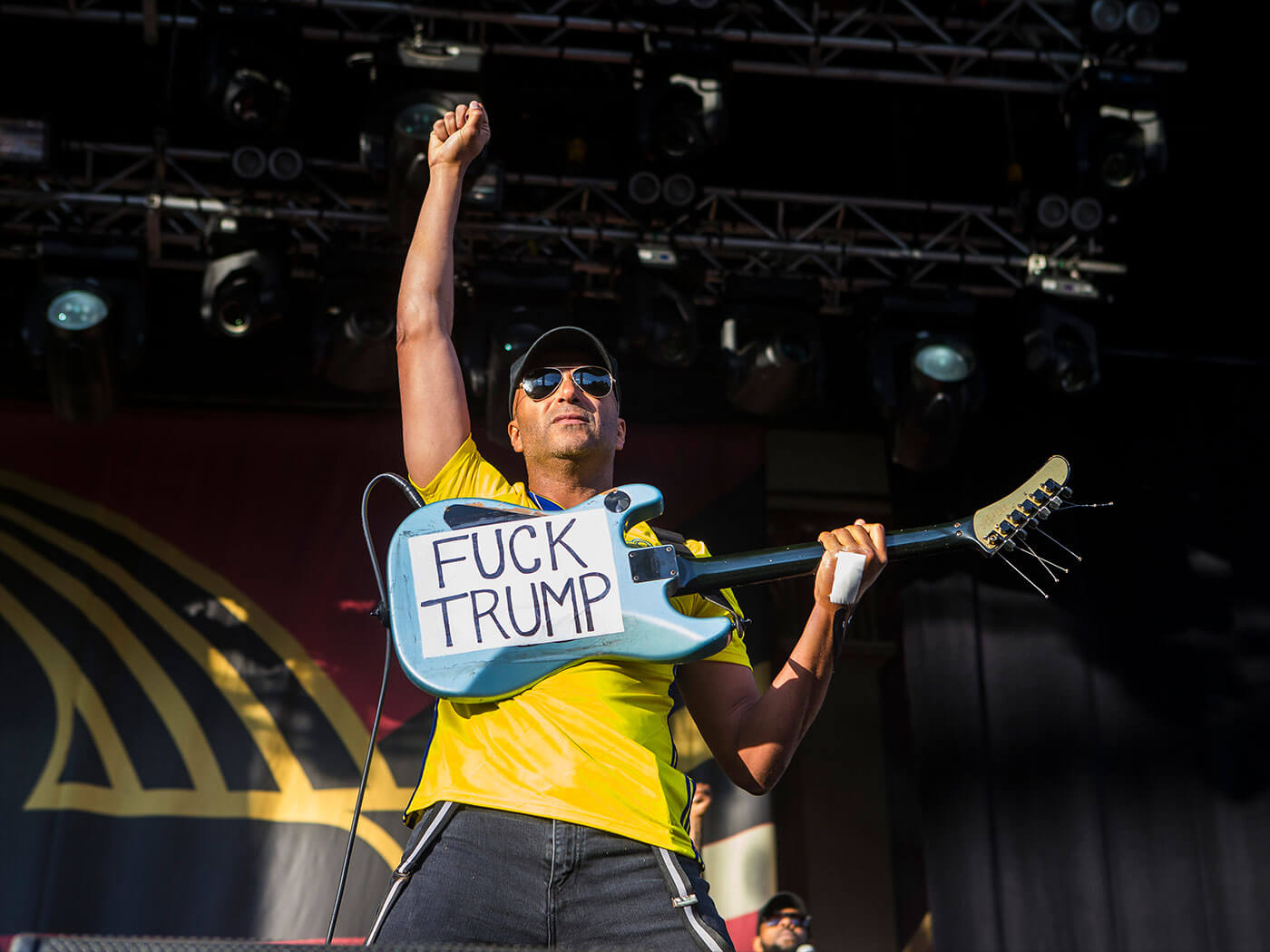 Rage Against The Machine guitarist Tom Morello has praised Portland protestors for chanting lyrics to the band’s Killing In The Name.

In a post on Twitter, he retweeted a video showing portland protesters chanting the timeless line “fuck you I won’t do what you tell me” at federal officers.

#PDX getting their #RATM on. https://t.co/eCtHPWk6QW

While the line is one of the song’s most memorable, and chantable, all of Killing In The Name’s lyrics are notably relevant to protests against police brutality and systemic racism. The opening verse lyrics of “some of those that work forces / are the same that burn crosses” were written shortly after the Rodney King trial – an incident where an all-white jury acquitted three of the white police officers accused of kicking, clubbing and tasering black motorist Rodney King, and failed to find a verdict on the fourth. The incident itself was videotaped and widely broadcast. The 1992 Los Angeles riots began the day the verdicts were announced.

The demonstrations that have been ongoing in the US were sparked by the death of George Floyd, who was killed when police officer Derek Chauvin knelt on his neck for over eight minutes. Video of the event circulated widely on social media after the news broke.

Morello in a way addressed the parallel between the circumstances of the song’s writing and the current protests, as he simply responded to a Loudwire piece about the use of the song with: “Well that’s what it’s for!”

Rage Against The Machine announced that they would reunite last year, with a string of 2020 dates. These have all now been postponed to 2021, due to the ongoing coronavirus pandemic.