The game is on. 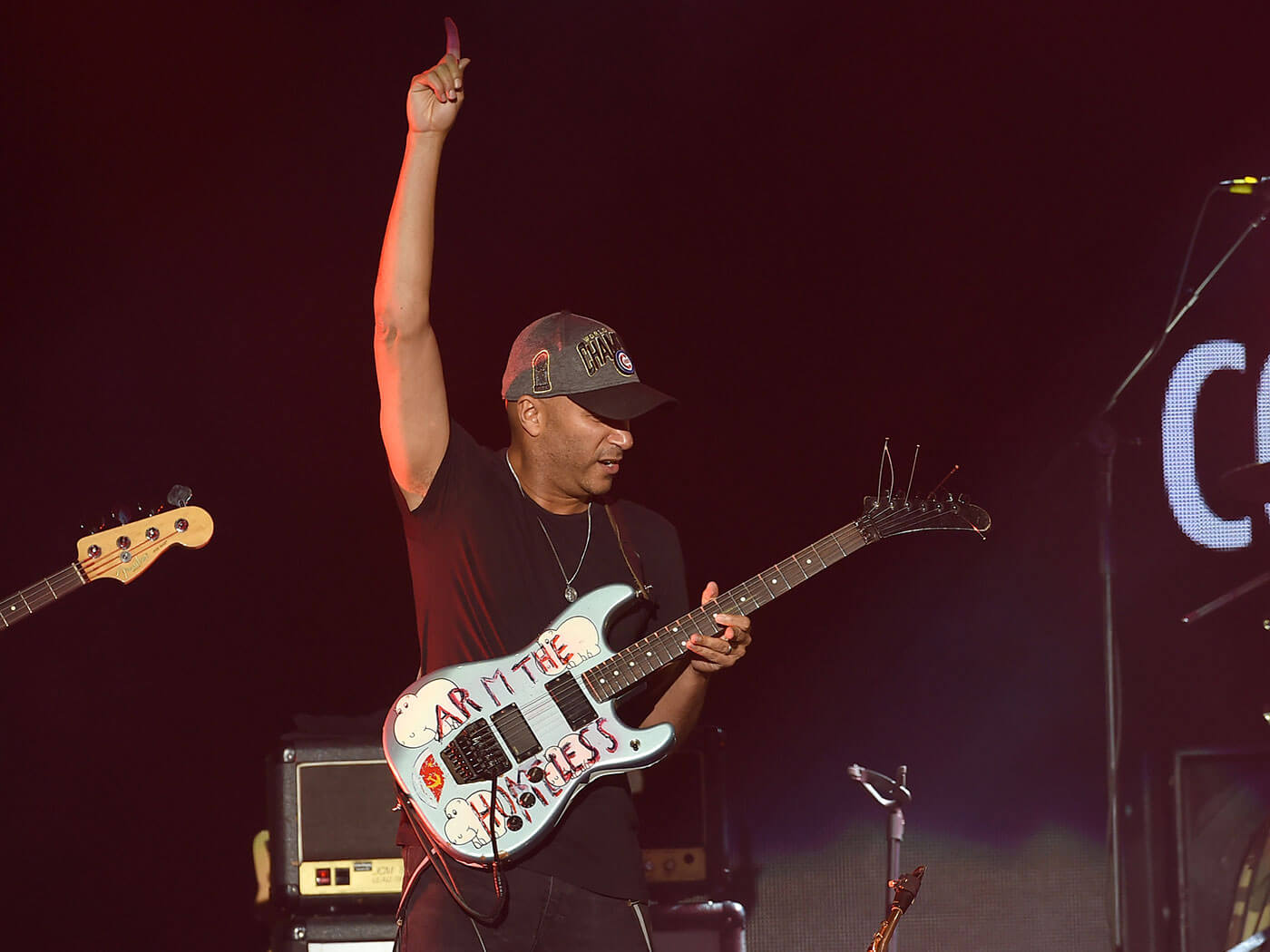 Tom Morello has responded in kind to a Twitter troll, setting him up with quite the reward were he to follow through with the challenge he unknowingly set himself.

The troll wrote that Rage Against The Machine “are punks in a bad way. Shit, I can play Tom Morello’s shit-piss drunk on my back.” Not content with insulting the guitar playing of a Grammy Award-winning musician, he then condensed his views on the band’s political stance down to the rather reductive sentence: “Fuck those commies.”

Morello responded with: “Please submit video of you playing the Know Your Enemy solo note-perfect in this inebriated prone position and I will write ‘Trump Rules’ on my guitar and send it to you as a gift.”

You have 24hrs my dude. pic.twitter.com/nFN2dgrNNE

Morello then tweeted “You have 24 hours my dude” At time of writing, there are just over 2 hours left on the clock, but as the original tweet has been deleted it’s probably unlikely we’ll see a drunk, prone performance of a guitar solo anytime soon. Be sure to stay tuned to Guitar.com if that changes, however.

“Music is my sanctuary and the last thing I want to hear is political BS when I’m listening to music,” the tweet continued, prompting confusion from Morello as to why the user would choose to listen to Rage Against The Machine if that was the case. He responded: “What music of mine were you a fan of that DIDN’T contain ‘political BS’? I need to know so I can delete it from the catalogue.”

More recently, in the wake of the ongoing Black Lives Matter protests, Morello praised protestors for chanting lyrics to Rage’s Killing In The Name Of – saying “well, that’s what it’s for!” While the protesters were chanting the timeless line “fuck you I won’t do what you tell me” at federal officers, Morello’s response alludes to the parallels between the circumstances surrounding the song’s writing and those that led to the current protests. The opening verse lyrics of “some of those that work forces / are the same that burn crosses” were written shortly after the Rodney King trial – an incident where an all-white jury acquitted three of the white police officers accused of kicking, clubbing and tasering black motorist Rodney King, and failed to find a verdict on the fourth. The incident itself was videotaped and widely broadcast.