The photo-packed book arrives in October. 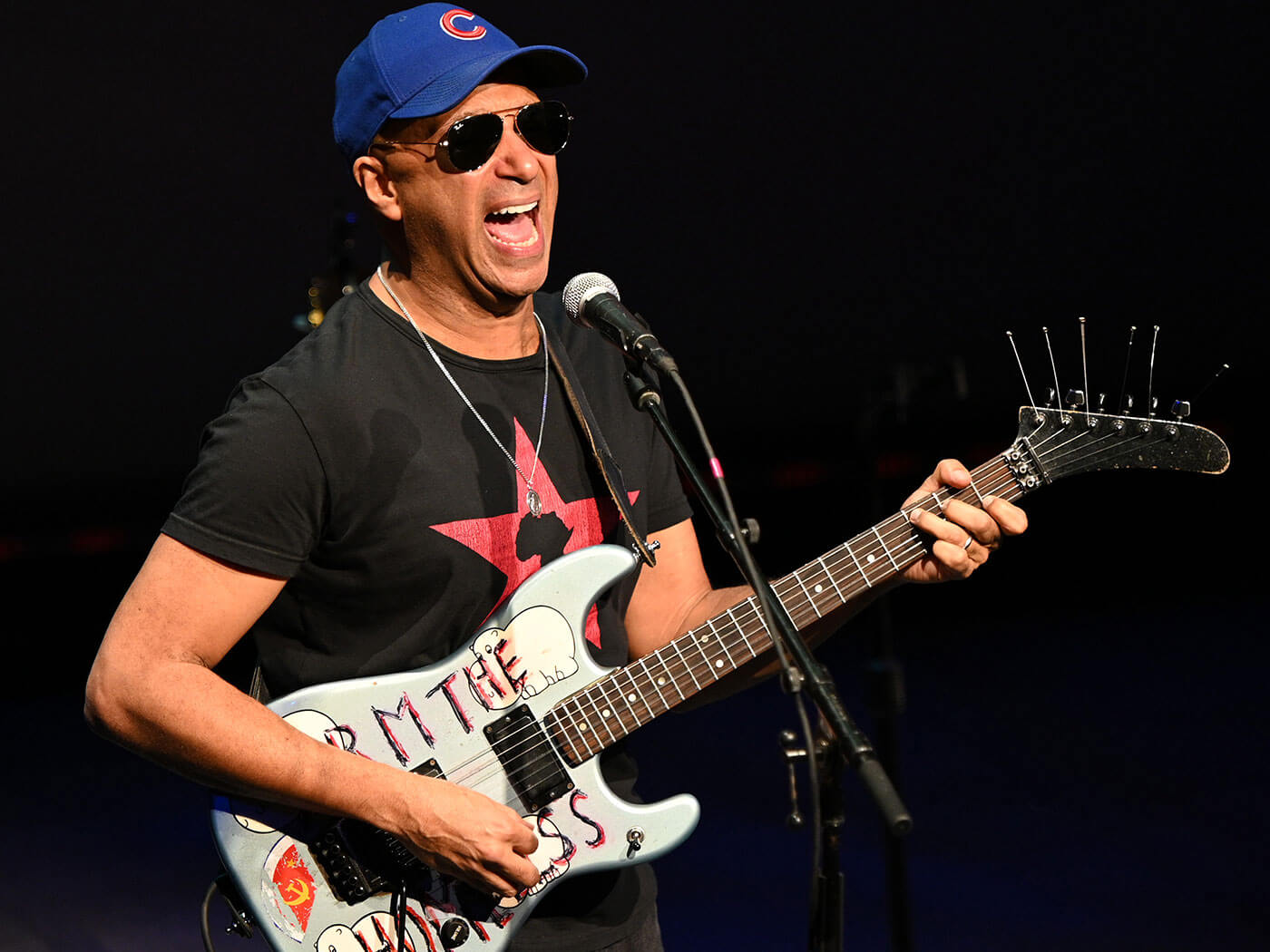 Guitarist Tom Morello has announced a new memoir, entitled Whatever It Takes.

The hardback photo memoir is loaded with handwritten notes and rare photographs, and commentary on both from Morello, and will look back over his career as a guitar player, from Rage Against The Machine to Audioslave to Prophets Of Rage to his solo career.

Speaking about Whatever It Takes in a statement, Morello said: “This is a book about a lifelong mission. A mission that more often can be felt rather than articulated. There are clues to the nature of the mission in the guitar riffs, the crazy solos, the lyrics, and in the shared sweat and solidarity of friends and comrades onstage and off.”

Whatever It Takes will be published by Genesis Publications and is available in a standard or limited edition, the latter restricted to 2,000 numbered copies. The limited editions will be signed by Morello and include an exclusive 7″ vinyl disc featuring the title track Whatever It Takes, as well as a previously unreleased live recording of Vigilante Nocturno from Morello’s recent Atlas Underground tour.

Limited edition copies numbered one to 150 are marked as deluxe copies, which will also include a numbered and signed lyric print of Let Freedom Ring, taken from Morello’s album One Man Revolution.