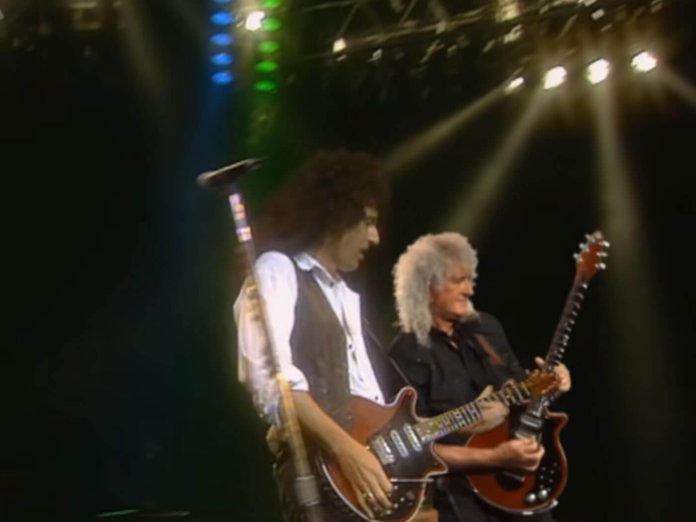 Brian May has released a new video for his 1992 solo track Back To The Light, in which he time travels back to the nineties to jam with his younger self.

In the video, present-day May arrives on an empty stage, and is soon joined by his 1990s self, who jams along with him – both Mays on Red Special guitars. The video coincides with the reissue of May’s debut solo record, also called Back To The Light.

The track itself will get a physical release on CD and 7-inch vinyl on 22 October, coupled with the other track Nothin’ But Blue. There will also be a special digital release of the karaoke version of Back To The Light.

was May’s first project outside of Queen since Freddie Mercury’s death in 1991. The album was followed by a live album from The Brian May Band, entitled Live At The Brixton Academy.

Take a look at the video below.

Recently, May shared some behind the scenes stories from the recording of the Queen classic Bohemian Rhapsody, revealing that the song was barely rehearsed before entering the studio. “Well, you know it was a kind of rehearsal-recording situation in the studio,” He said.

“We went in there with ideas and we started playing around, but in the case of John [Deacon] and Freddie [Mercury] and Roger [Taylor], they would pick things up very quickly; they would [throw things] at each other and very quickly [be in sync].”