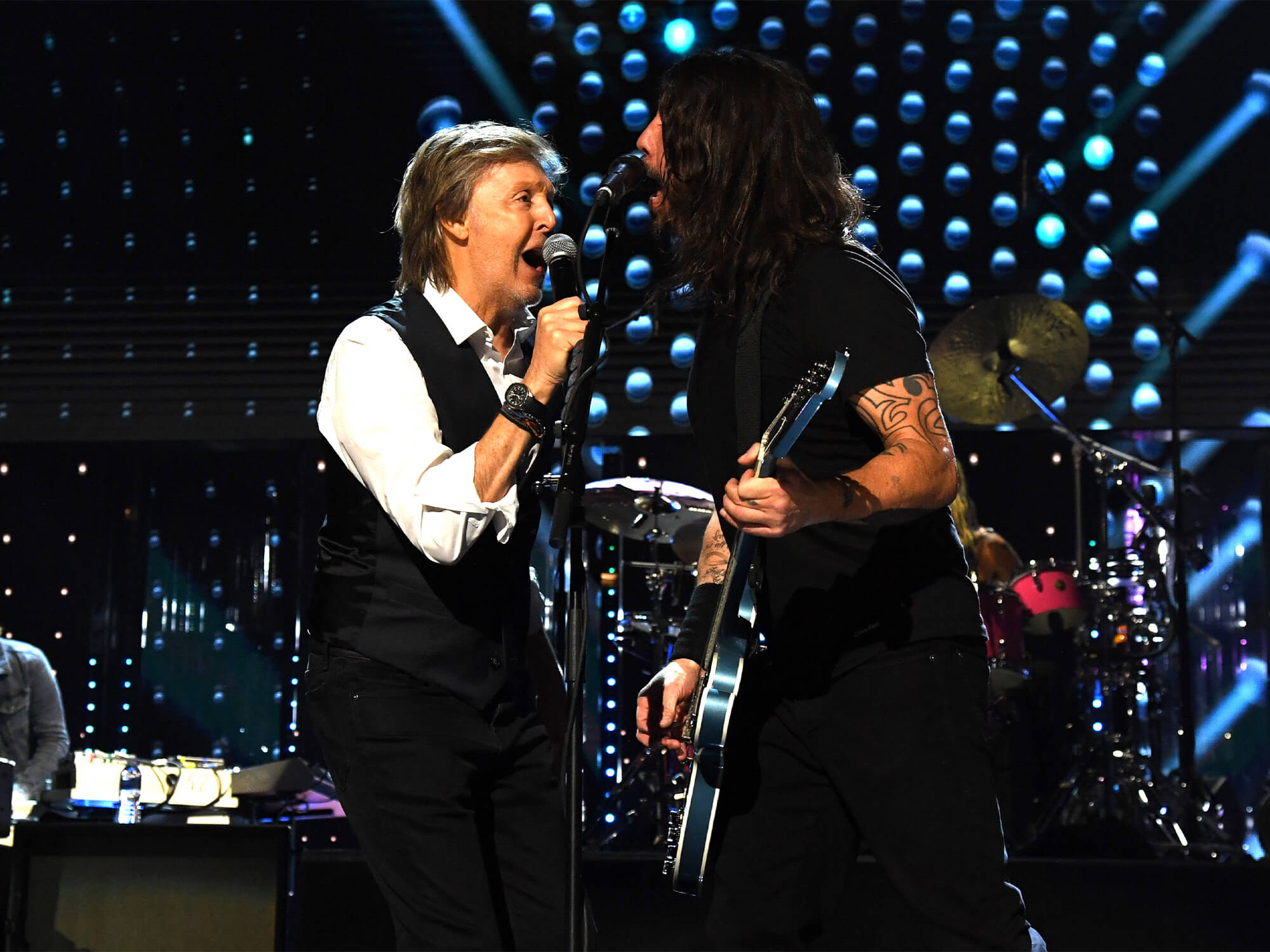 Following Foo Fighters’ induction into the Rock And Roll Hall Of Fame over the weekend, the band were joined on stage by Beatle Paul McCartney for a loud and chaotic cover of Get Back.

The band first performed a quick three-song set – blasting through Best Of You, My Hero and Everlong.

They then took the stage for all six of the band members to give an induction speech, with Grohl saying: “I would like to say that the best thing about being here tonight is being surrounded by our family. And when I say that, I mean, if anybody knows how the Foo Fighters work, the people that we are with and we’ve worked with, it’s been 20, 25, 30 years and we stick together like a family.”

Inducting them was Paul McCartney, who welcomed the Foos into, in his own words: “not just any Hall of Fame – it’s the fucking Rock And Roll Hall of Fame.”

With the Foos Back on stage, they were joined by McCartney to close the show with a cover of The Beatles’ Get Back. There’s no official video of the performance, but you can check out the fan-shot footage below.

The induction also notably makes Dave Grohl a two-time inductee, as he also was inducted as a member of Nirvana. Also like Nirvana, the Foo Fighters were inducted into the Hall in their first year of eligibility.