Not quite your standard military drill… 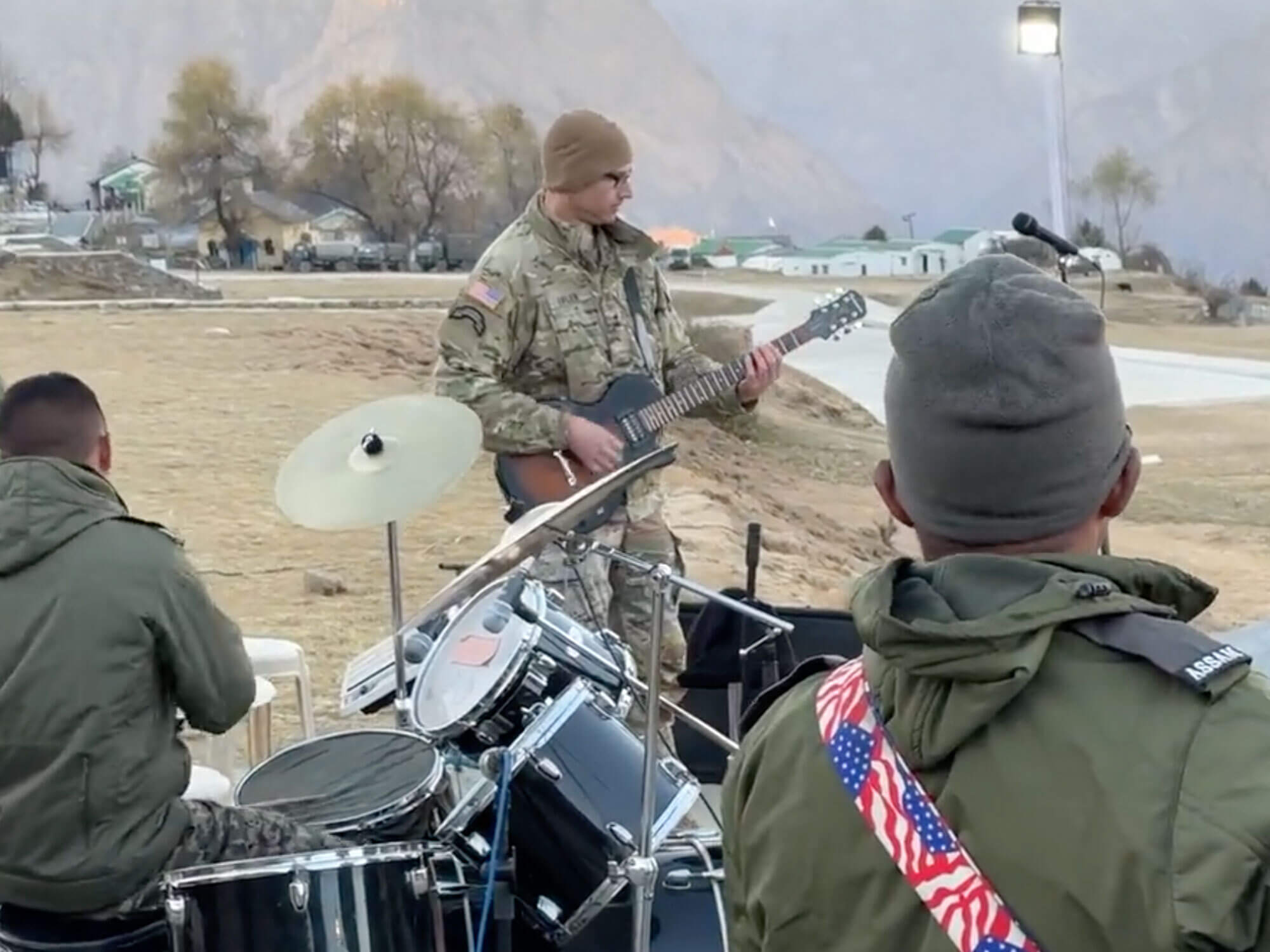 In newly released footage, officers of both the Indian and US armies are seen coming together to perform their very own rock concert – featuring a rendition of the 1991 Grunge Classic, Smells Like Teen Spirit.

The event took place on Thursday (December 1), in which a few army officers from the Indian and US armies used an annual military exercise as an excuse to hold a spontaneous, one-of-a-kind rock show.

Employing one of the commanding military generals as the lead guitarist for the unofficial event, the members of the makeshift rock band chose the Nirvana hit single as their song of choice. Footage of the performance was then shared on social media by the US Army.

“Spontaneous rock concerts in the Himalayas with our Commanding General on lead guitar? All in a day’s work for the Arctic Angels,” the official account for the 11th Airborne Division of the US Army wrote, attaching a snippet of the footage to the tweet.

The event took place during an annual event called Yudh Abhyas – a joint military practice for army personnel of the two Quad countries. This year, the exercise took place in the Himalayas between November 19 and December 3.

Find footage of the event below.

Spontaneous rock concerts in the Himalayas with our Commanding General on lead guitar? All in a day’s work for the Arctic Angels. @USARPAC @USArmy @I_Corps pic.twitter.com/WQl9h40Z3f

Taking place during a benefit show for California’s Silverlake Observatory Of Music in October, the music heavyweights caught the audience off-guard by breaking out into a 90-second rendition of the era-defining track.

During the performance, the role of Kurt Cobain was predominantly played by the band’s guitarist, John Frusciante, who gave his rendition of the epic chorus.