“New people of colour are coming to say that that’s really not the way that it should be,” she said. 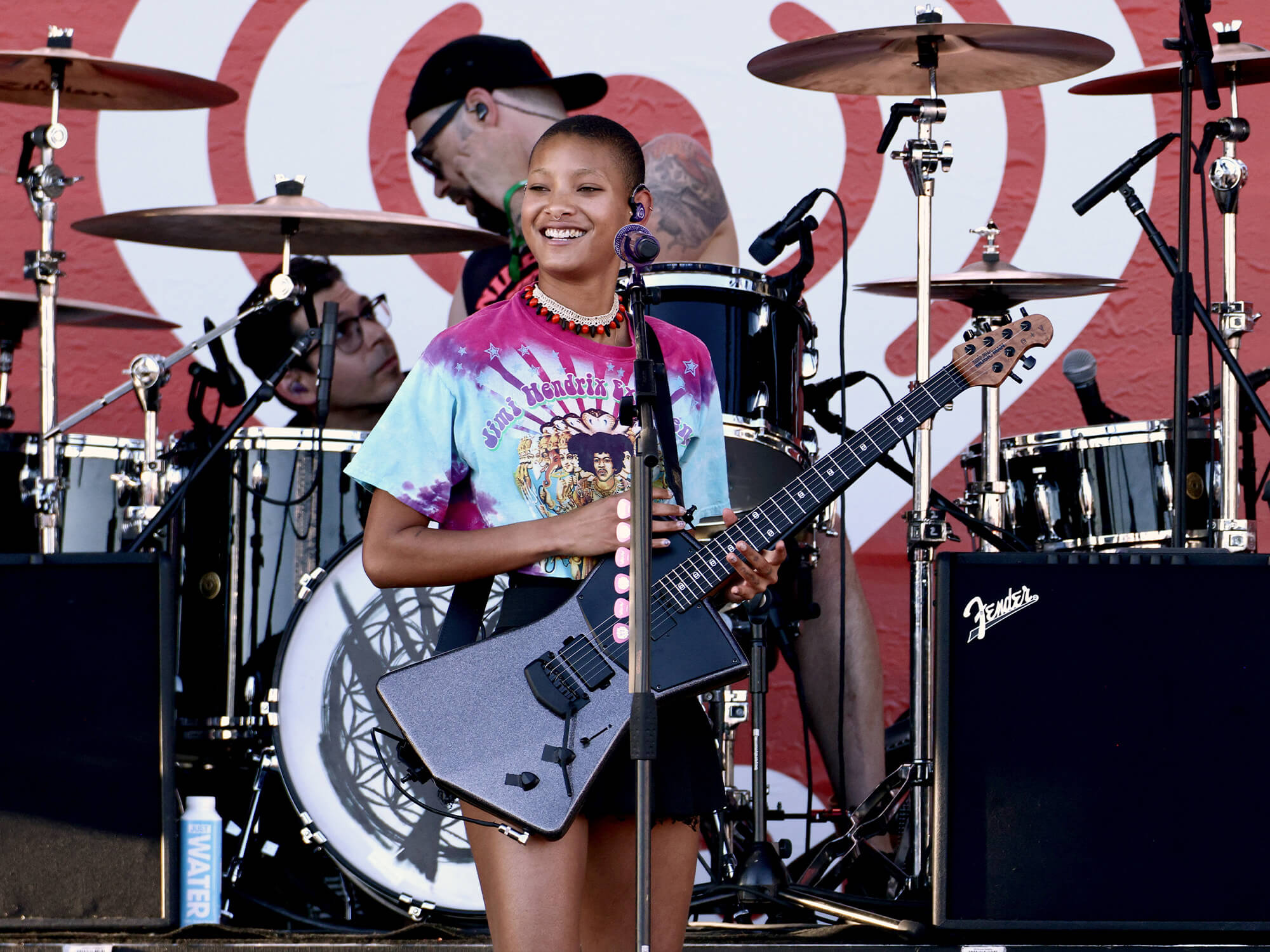 Willow Smith is determined to spread her love of rock – and in a new interview, she’s expressed hopes that the “old white dudes” whom she says have gatekept the genre, will vibe out with her too.

Smith was speaking in an interview with Guitar.com where she opined over rock’s pre-seated fanbase. “I think the only reason why it’s older, white men mostly listening to this music is because metal has been gatekept for a long time by these people,” Smith said.

“New people of colour are coming to say that that’s really not the way that it should be,” she said. “Rock is for everyone [and] I’m gonna bring my people to the space and we are gonna vibe it out like we always do… hopefully the old white dudes vibe it out too.”

Smith, the 21-year-old daughter of actors Will Smith and Jada Pinkett Smith, has been a platinum artist since 2010 with Whip My Hair. And while her sound has certainly evolved, rock has stayed an everlasting inspiration, she says.

“Ever since I was born, I’ve always been inspired by Deftones, Lamb Of God, Crowbar… But I think that when you start doing something at such a young age, your mind is still growing in a lot of different ways,” She explained.

“Then you grow up and you understand that you need to really apply yourself in a way that you might not have thought of.”

During the conversation, Smith also voiced her reverence for St. Vincent and praised her signature guitar. “I love St Vincent and I knew I wanted to feel like her on stage,” Smith said.

“The thing about the St Vincent guitar that I really like is that it’s light and the action is really, really low. It’s small, it’s a very delicately made guitar and it’s easy to carry. I’ve tried so many different sounds with it, and it has a lot of variety.”

In her forthcoming album, Coping Mechanism, Smith digs deeper into some of her most treasured musical influences, including Radiohead and her mother.