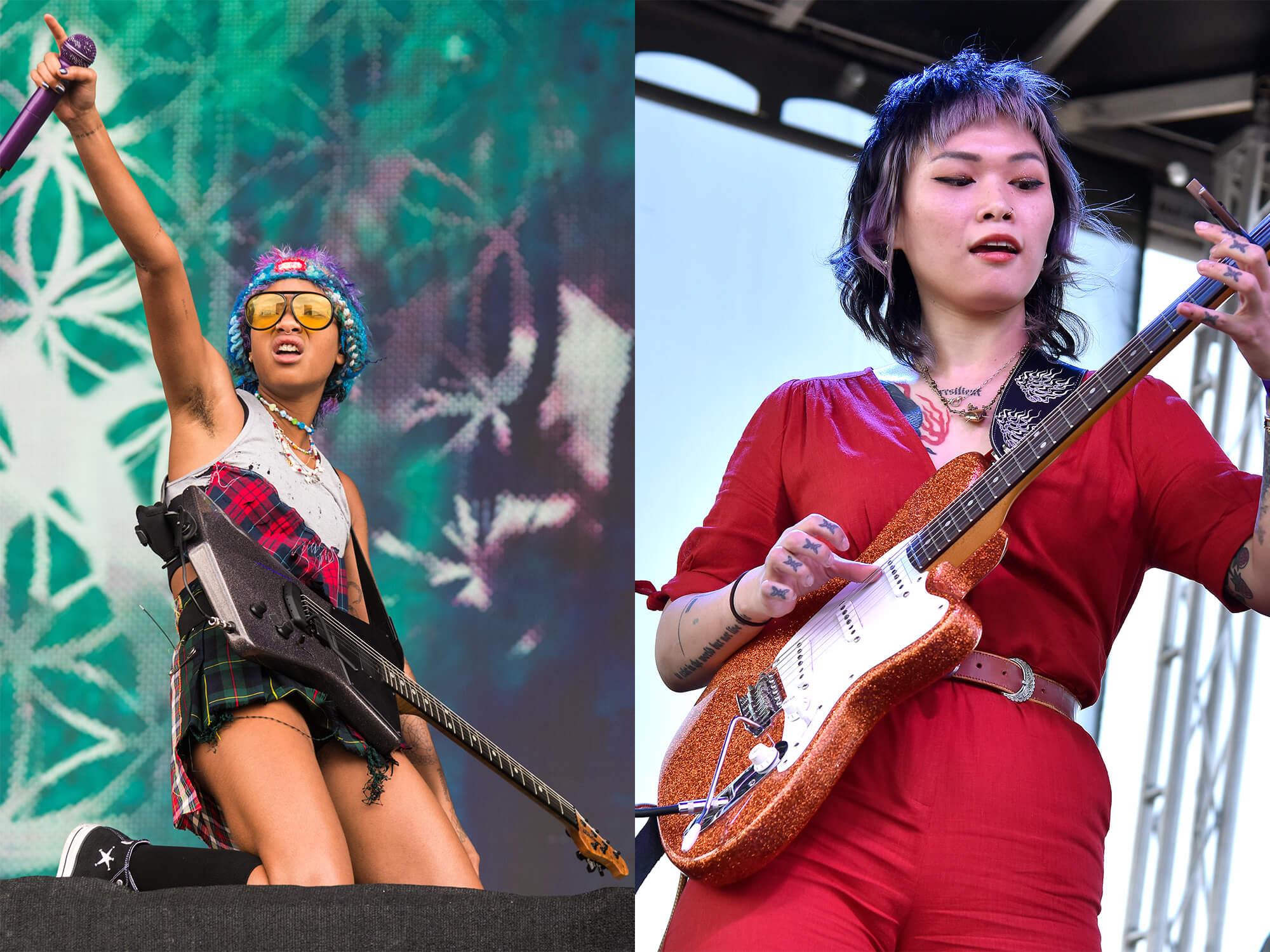 Guitarist and vocalist Willow has shared her admiration of Yvette Young, and discussed her “mission” of encouraging women of colour to pick up the guitar.

22-year-old Willow released her sixth record <COPING MECHANISM> in early October this year, and has collaborated with artists such as Avril Lavigne and Machine Gun Kelly. After an early pop career, Willow has since been open regarding her love for guitar-led music and bands such as Deftones, The Smashing Pumpkins, Lamb Of God and more.

The curious/furious singer discussed more of her idols and influences in a new interview with Guitar World, where she talked about her love of St. Vincent (whilst praising the “super sleek” St. Vincent Ernie Ball Music Man model she plays), Yvette Young and opened up about her “mission” of championing inclusion.

“Yvette has this beautiful way of creating sparkly, ethereal sounds and I feel like her guitar is perfect for doing that,” she said. Willow was gifted Young’s signature Ibanez YY10 back in 2021. “It gives the player this angelic kind of tone, and then there’s the colour it comes in. Also, I just love Yvette. She is one of the best guitarists of this generation, if I’m being completely honest.”

Willow continued, “It was such an honour to receive this guitar from her. Her two-handed techniques are insane. When I first met her, she tried teaching me how to do a little bit of that tapping. Obviously, I’m not as talented at that as she is, but it stuck a little bit. There are a few riffs I’ve written since which have a good amount of tapping. I’m so grateful for the times we’ve spent together and the things she’s taught me.”

When the interviewer regarded their respective successes as “inspiring”, Willow responded, “That’s one of my missions. I want women and girls of colour to feel accepted and know that rock is for them. They can pick up the guitar, bass, drum sticks or microphone. I want to hear them scream and sing, putting all of their energy into this beautiful genre and change the world.”

Check out Willow’s album below: