Boss has unveiled the VB-2W Vibrato a new member of their Waza Craft line of effects. 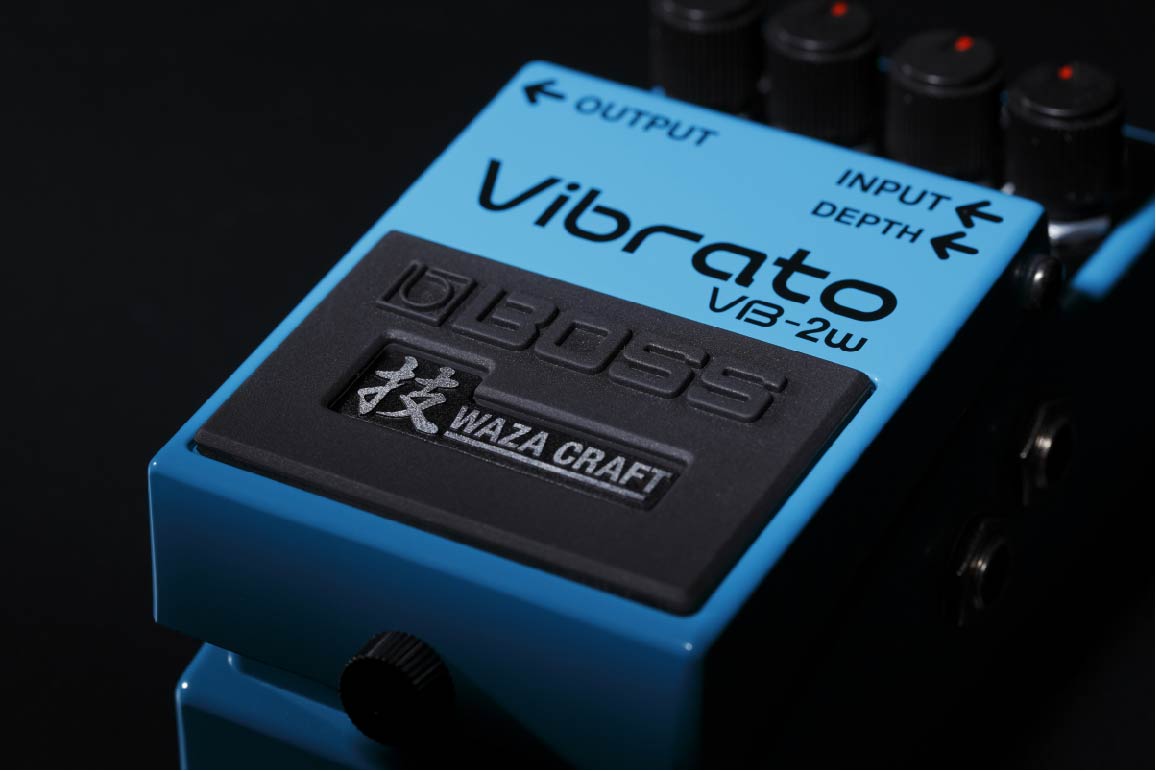 BOSS is pleased to announce the VB-2W Vibrato, the latest addition to the acclaimed Waza Craft lineup of special edition pedals. Based on the classic BOSS VB-2 Vibrato pedal from the 1980s, the VB-2W uses 100-percent analog circuitry to completely recreate the original’s distinctive, sought-after sound. In addition, the pedal features a new Custom sound mode and real-time control functions that extend the range and versatility of the effect for today’s players.

Originally produced from 1982 to 1986, the VB-2 Vibrato is a rare BOSS pedal that has become highly prized on the used market through the years. This innovative analog stompbox creates vibrato with true pitch modulation, enabling guitarists and bassists to achieve rich, expressive effects without physically bending their strings. For example, players can easily produce consistent, controlled vibrato sounds similar to fretless string instruments like violin and cello, and apply natural vibrato to full chords without using a whammy bar. At extreme settings, the pedal is also capable of warble sounds and dramatic special effects. 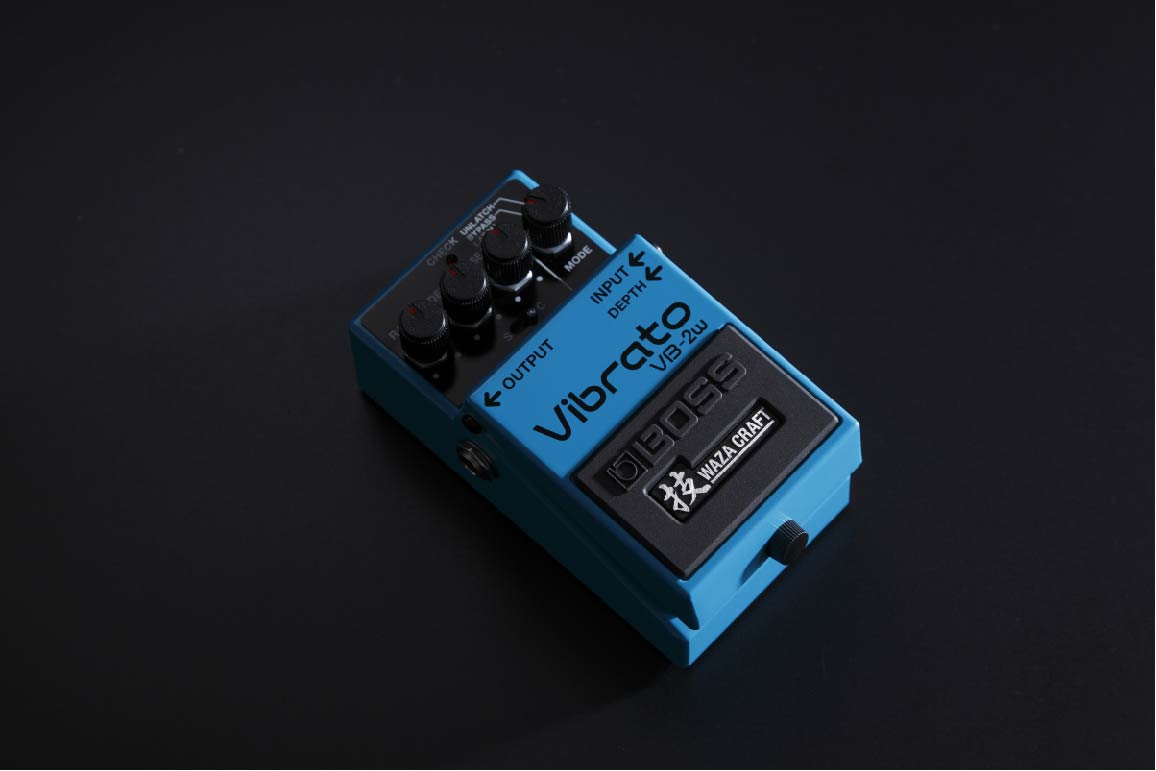 With the Waza Craft VB-2W, BOSS has recreated the original pedal while adding more range and control. In Standard mode, the VB-2W faithfully reproduces the warm, BBD-driven analog tone of the VB-2. Like the original, the user can adjust the vibrato rate and depth, and also control the time it takes for the effect to reach full intensity (called the “rise time”). A Latch setting provides normal stompbox on/off control, while Unlatch engages the effect only when the pedal switch is held, perfect for naturally applying vibrato effects as needed while playing.

Flipping the VB-2W’s mode switch to Custom produces a newly developed vibrato tone that offers more depth than the original effect. In addition, a low-pass filter moves along with the pitch for bold low-range tones. The VB-2W also features a jack for controlling the effect depth with an optional expression pedal, or via the powerful external control capabilities of the BOSS ES-8 Effects Switching System.