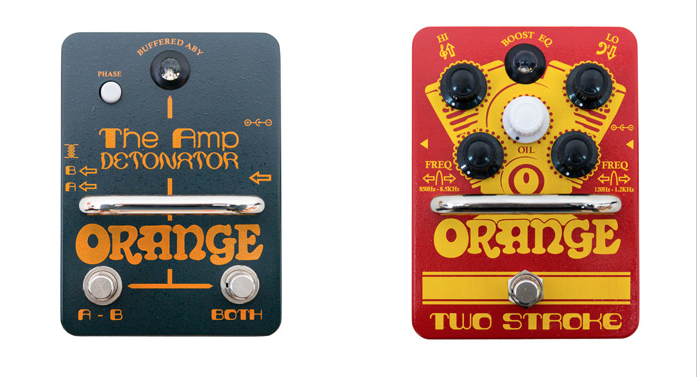 Following the launch of the Bax Bangeetar, their first pedal in forty five years, Orange Amplification are introducing a new pair of guitar stompboxes for NAMM 2016; the Amp Detonator Buffered AB-Y and the Two Stroke Boost EQ. 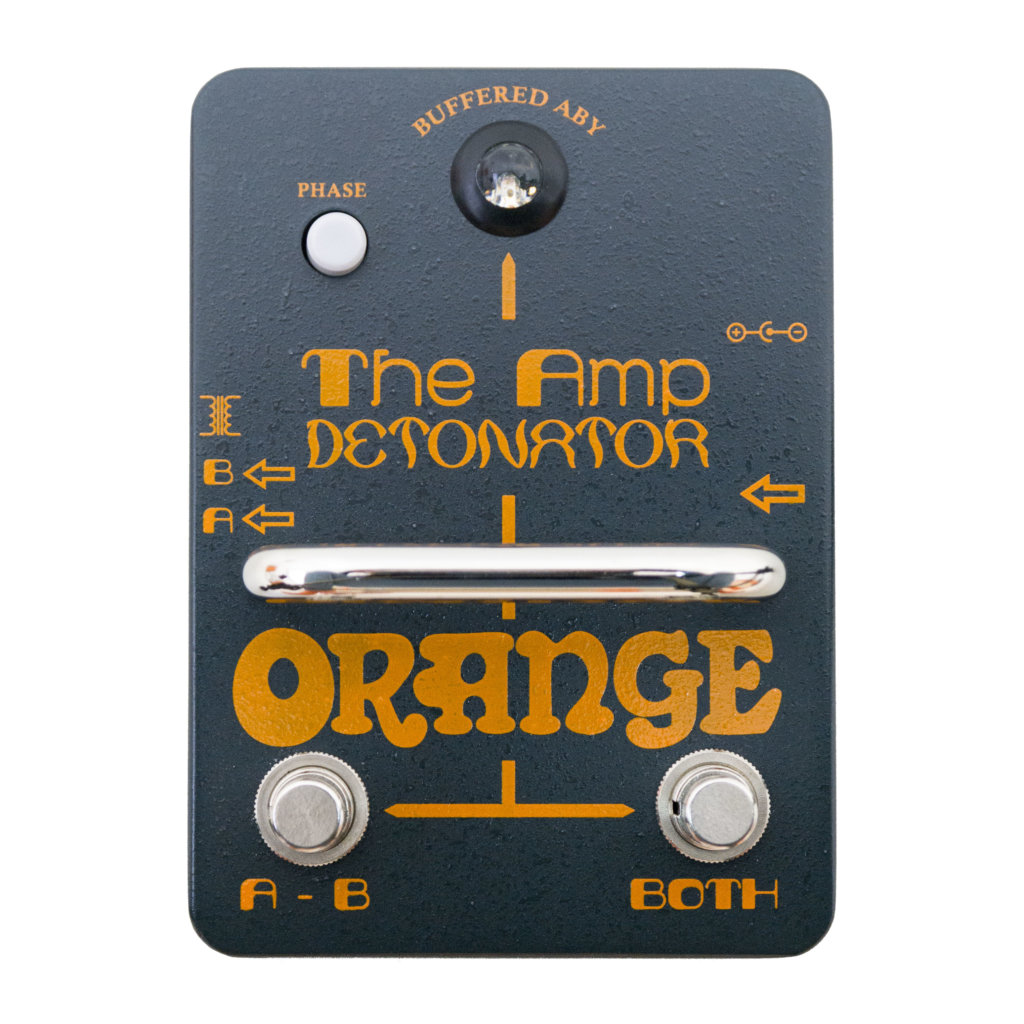 Probably the smallest, active and fully functional, buffered AB-Y pedal on the market, the Amp Detonator is an elegant solution to the age-old problem of running two amps. It features two low noise linear buffered outputs, one with a custom designed isolating transformer, which has been meticulously engineered for transparency. Complete with phase correction, independent switches for A/B or both and a tri-colour LED, this compact switcher is the new standard for players running a dual amp rig. 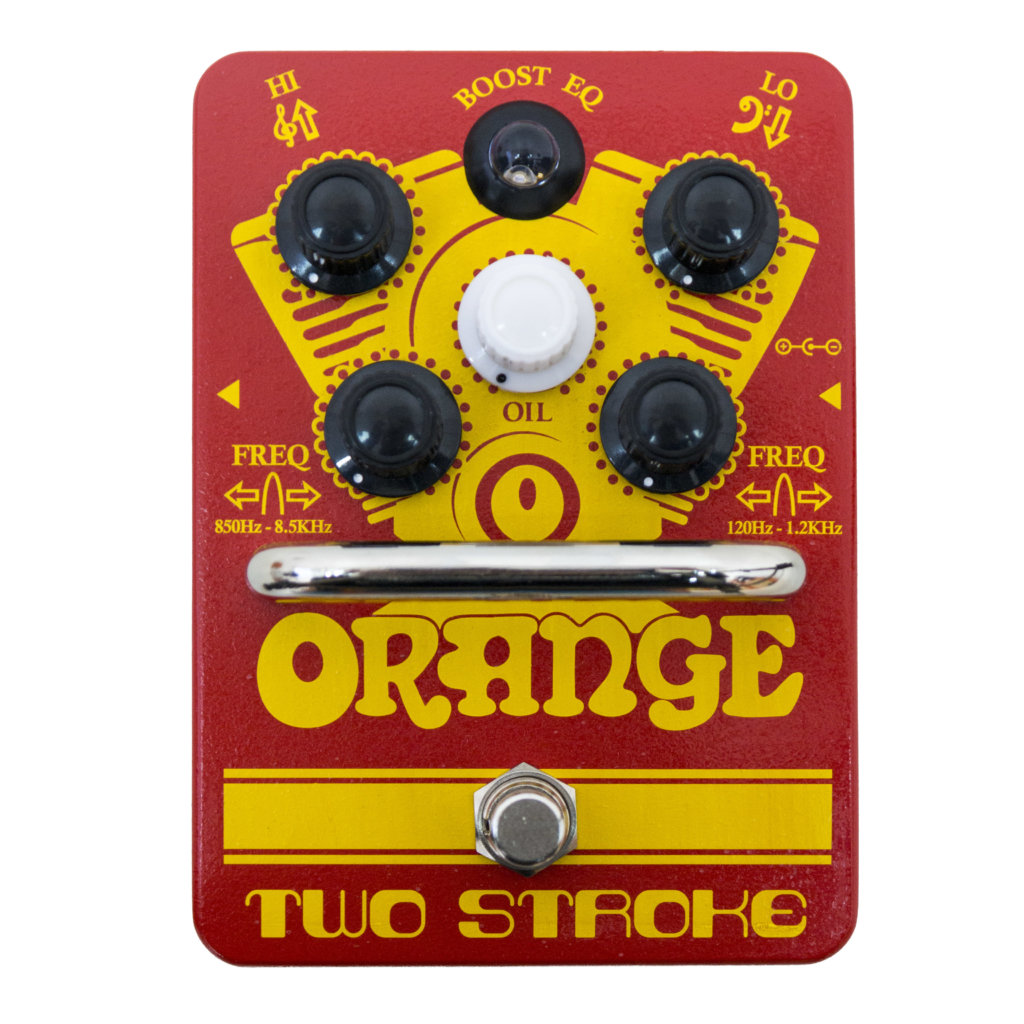 The Two Stroke is Orange’s take on the essential ‘clean boost’ with the added benefit of a highly responsive EQ section. With 12dB of clean boost plus dual active parametric bands with 18dB of cut or boost, the Two Stroke is the perfect kit for fine tuning your lead sounds with unmatched levels of control. Traditional EQ pedals have long been a compromise, with players having to battle against the problem of excessive background ‘hiss’ common to most stompboxes of this type. However, the Two Stroke has been painstakingly engineered for superior low-noise performance, whilst its parametric nature makes for a much smoother, more musical response when compared to a graphic equaliser. No nasty spikes, just infinite command over your tone.

Perfect for making solos jump out of the mix and pushing the front end of your amp into overdrive, the Two Stroke’s straightforward layout also makes a practical tool to revoice pickups or remove unwanted frequencies in problematic venues. It also works great for electro-acoustic and bass guitars, making it a great addition to any musician’s setup.

Both the Two Stroke and the Amp Detonator can be powered by 9 or 12V and feature an internal charge pump, which doubles the operating voltage. This drastically increases the headroom, meaning they behave impeccably with other pedals in your chain.

See the Pedal Duo and other new products at the Orange Amplification Booth 4890, Hall C. For further information please go to orangeamps.com.

Roger Waters calls Mark Zuckerberg a “little prick,” says “fuck you! No fucking way!” to request to use Pink Floyd in Instagram advert

Krist Novoselic on 30th anniversary reissue of Nevermind: “What’s on it? I don’t want to spoil the surprise!”