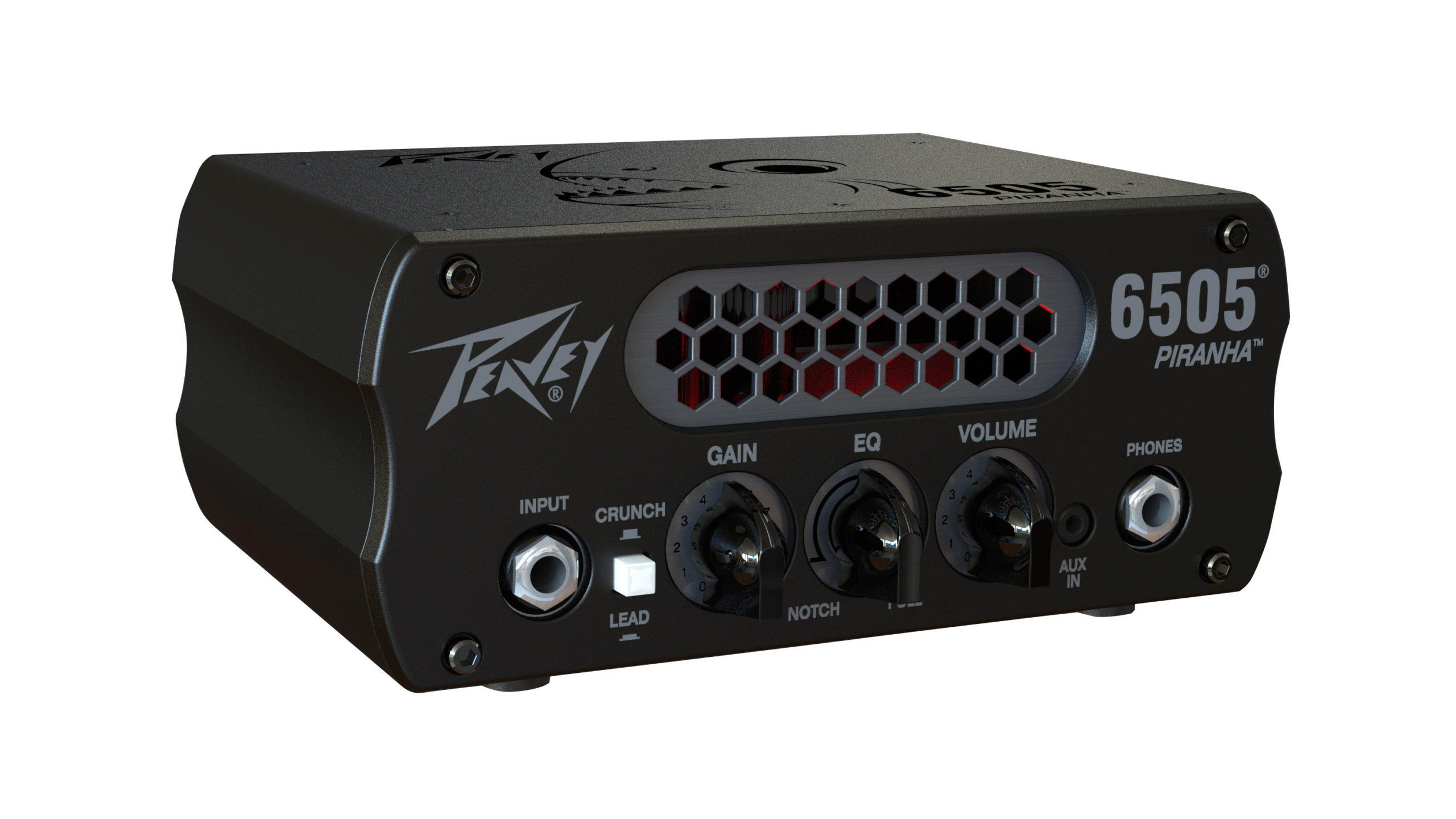 The 6505 Piranha adds a few tricks of its own, including a bright switch along with a unique “scoop” control to achieve a wide array of tones with few controls. Additional features include the 20-watt (RMS) Solid State power amp, one 16ohm speaker output, Aux input, 12AX7 preamp tube, and tooled metal cabinet.

The Peavey 6505 series has been forging the sound of metal aggression for over two decades. Since 1992, it has defined the sounds of extreme rock guitar into a package equally suited to clubs, rehearsal rooms, and studios. Some of the biggest names in metal, including Machine Head, Asking Alexandria, and many more, trust their tones to the 6505 Series.