Radial unleashes a trove of new effects and utility pedals. 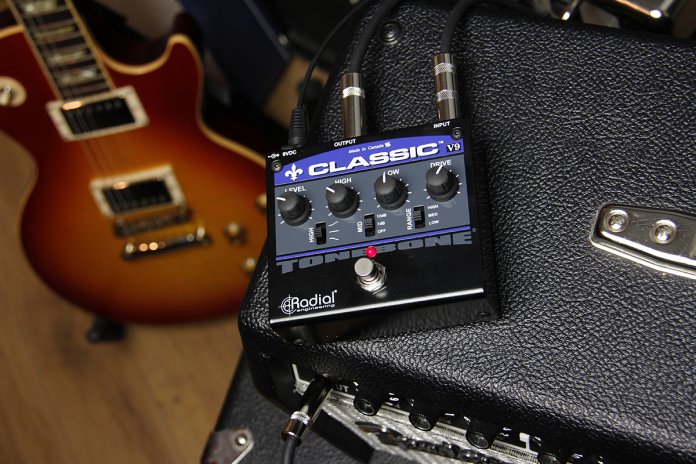 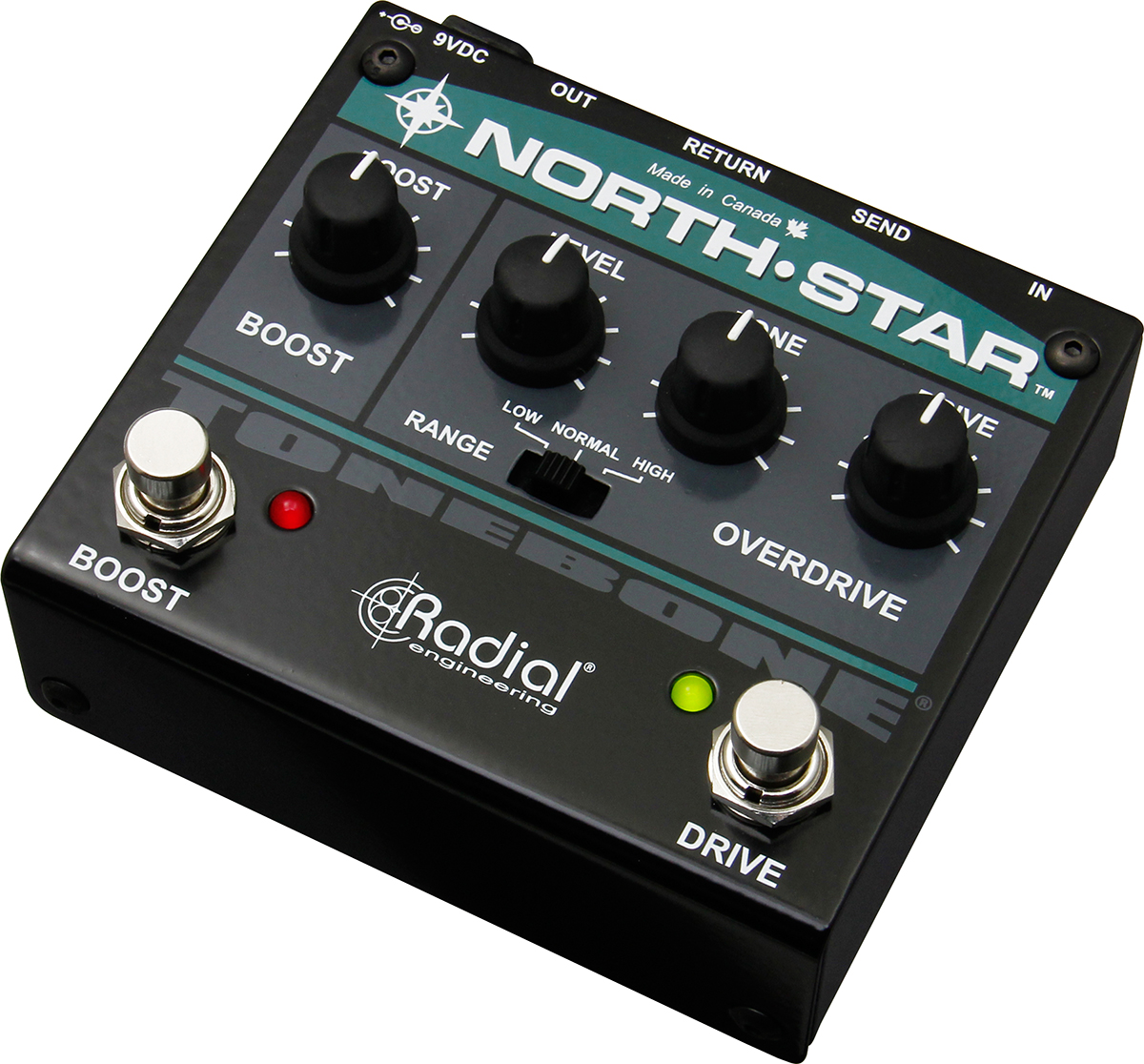 The North-Star™ is a combination overdrive and power booster purpose-built for today’s rock-oriented country guitarists. Its versatile overdrive circuit can be suited to a number of genres with tone-shaping features that allow players to adjust the sonic characteristics to their style. 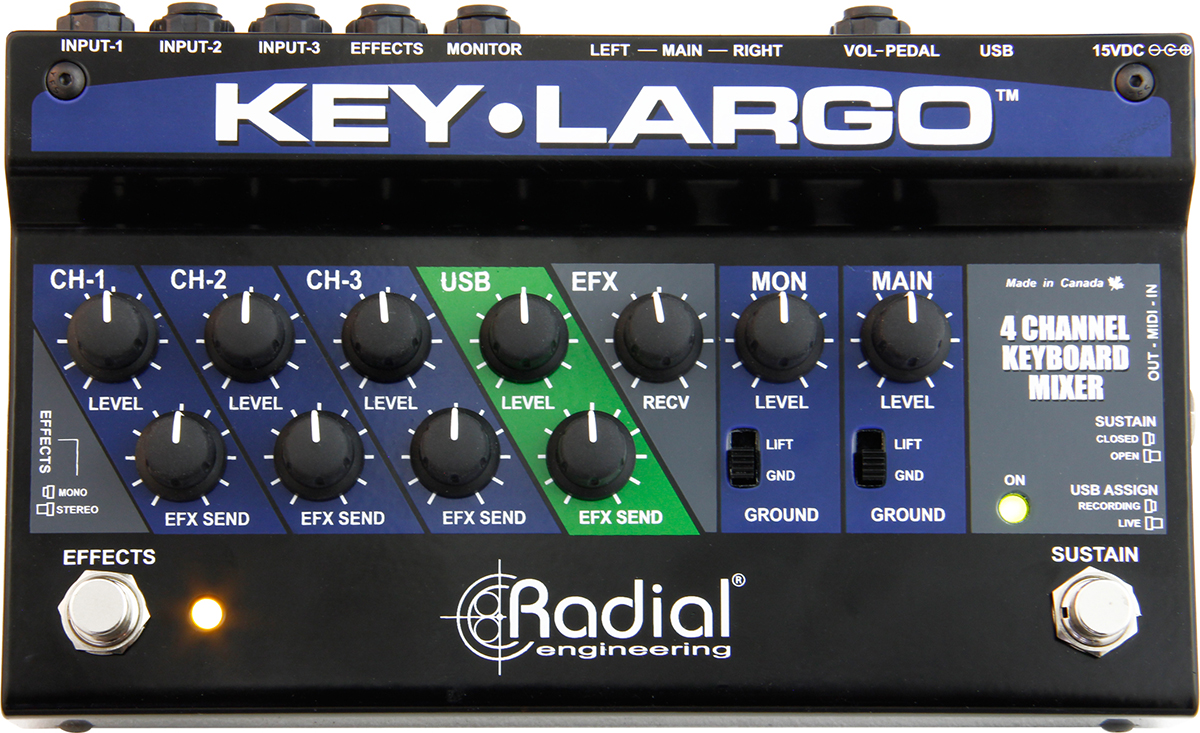 The Key-Largo™ is a unique device that combines a multi-channel keyboard mixer with the performance attributes of a real-time footswitch controller.
Shipping begins February 2017
MAP: $379.99 USD 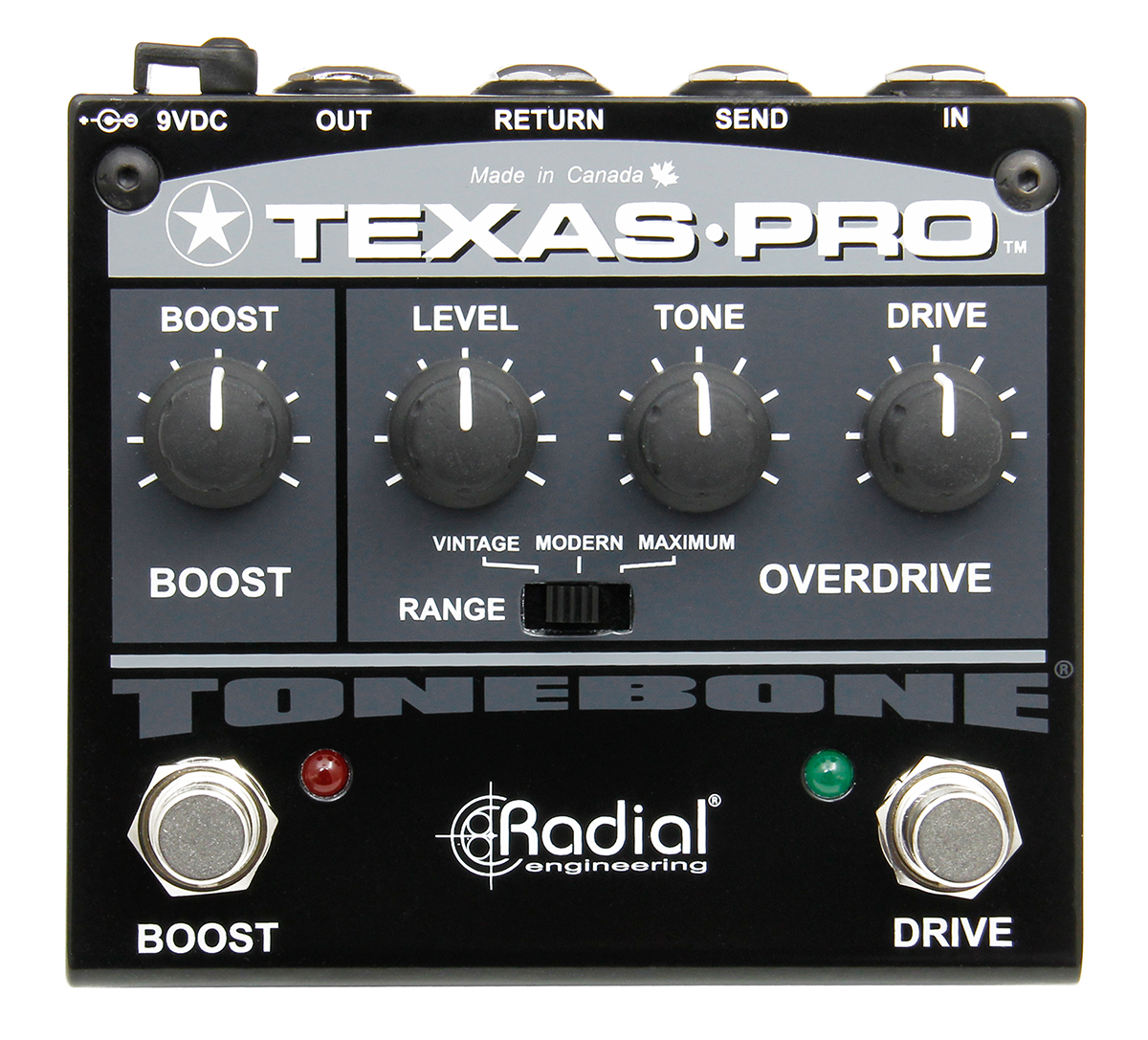 The Texas-Pro™ is a powerful overdrive combined with a clean booster circuit, providing plenty of power and versatility in a compact pedalboard-friendly enclosure.
Shipping begins January 2017
MAP: $169.99 USD 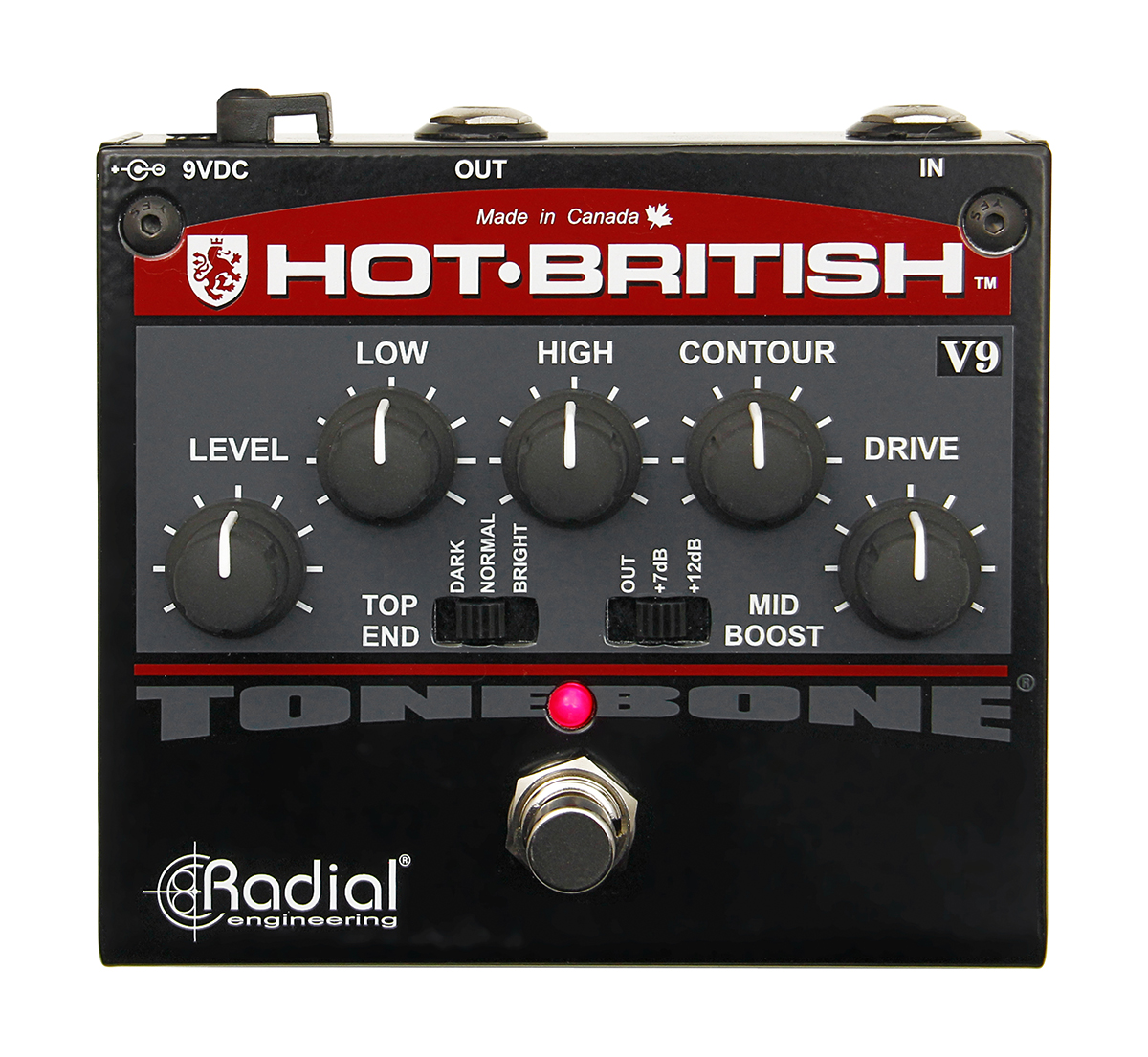 The Hot-British V9™ is an updated solid-state version of the venerable Tonebone Hot British™ tube distortion pedal. Packed into a pedalboard-friendly compact chassis, the Hot-British V9 retains the same soul and character of the original, with the ability to be powered by standard 9V pedalboard power supplies.
Shipping begins January 2017
MAP: $169.99 USD 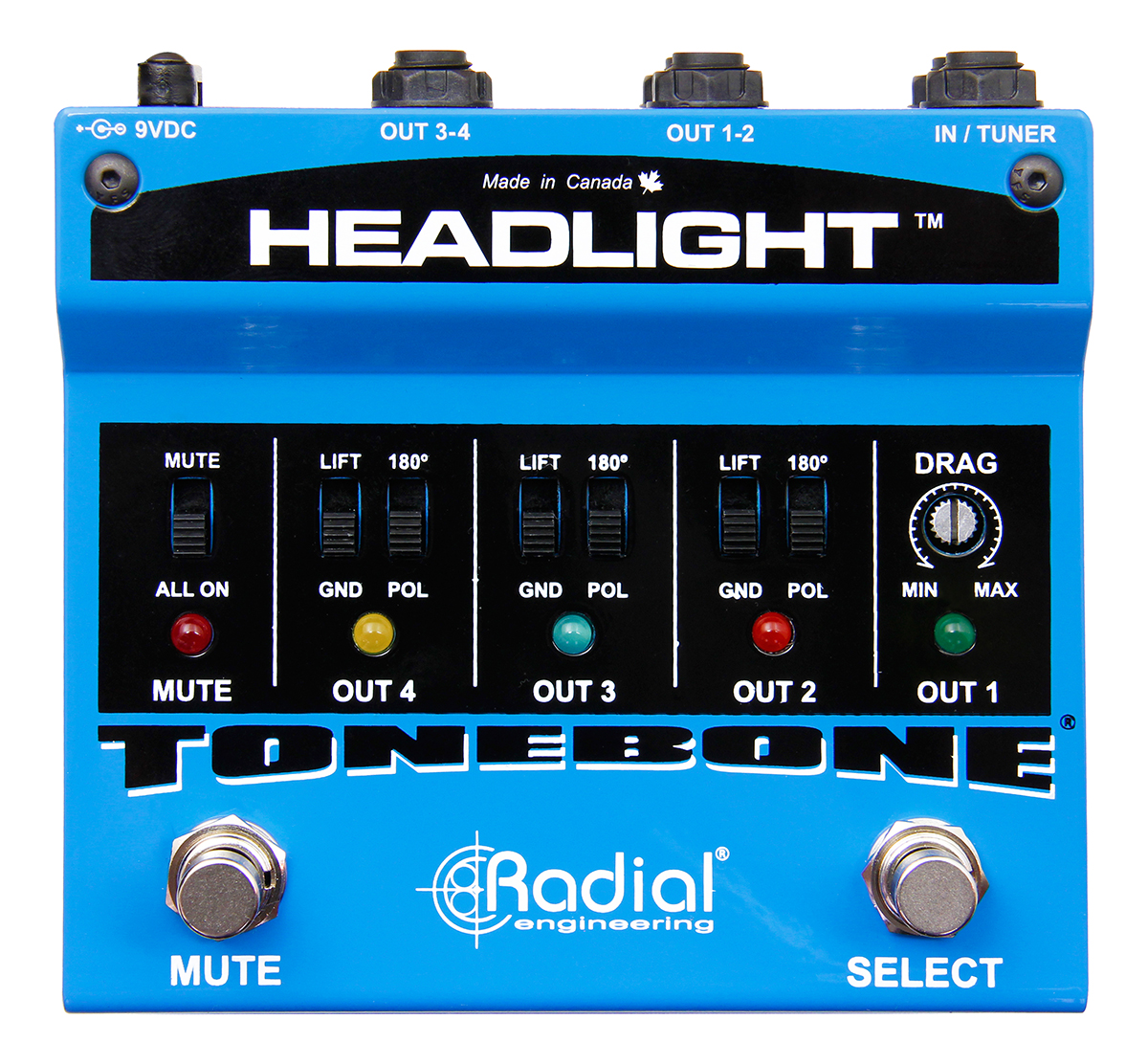 The Tonebone Headlight™ is a compact guitar amp selector which is able to sequentially activate up to four amps using a single footswitch. A second muting footswitch may be used for quiet on-stage tuning or switching instruments between songs. It can also be set up to turn all of the amps on at once.
Now shipping
MAP: $189.99 USD 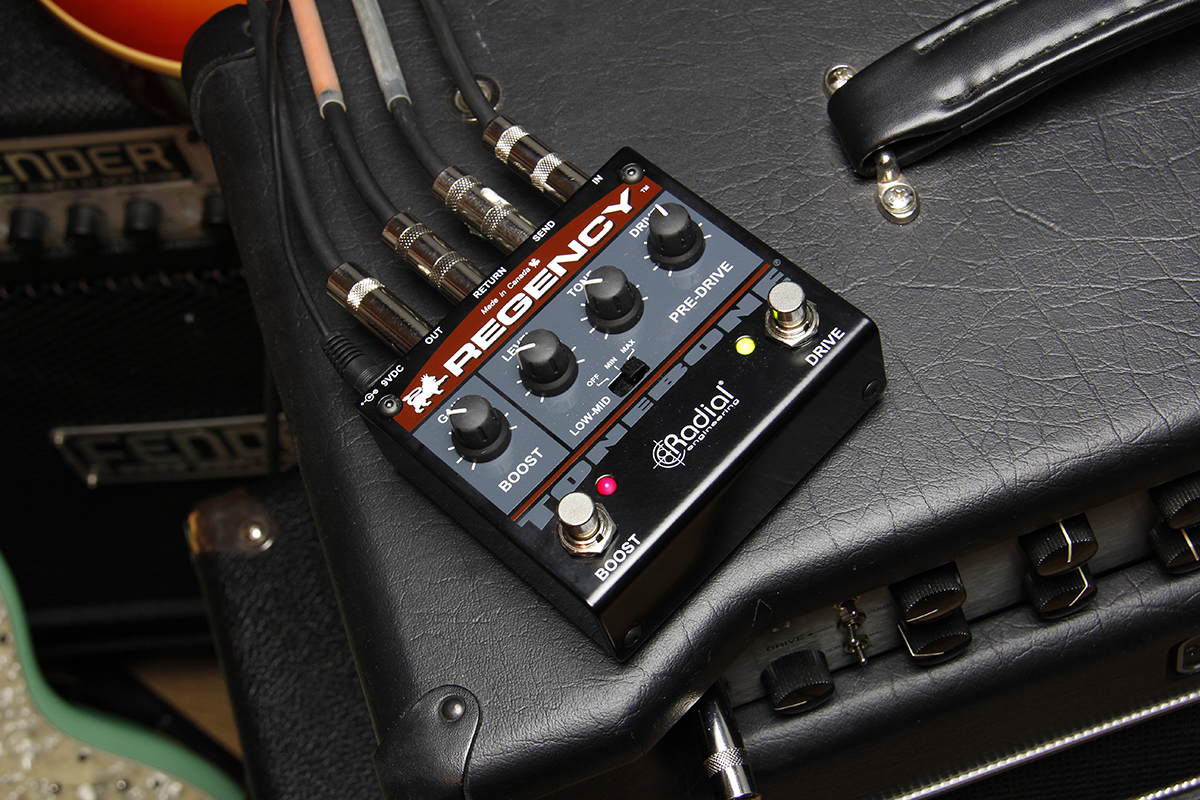 The Regency™ is a new type of pedal designed specifically to pre-emphasize the gain stage of today’s high gain amps. It features two circuits (a pre-drive and boost) that may be used independently, or combined together to add punch, harmonics and sustain without losing articulation or oversaturating the guitar signal.
Now Shipping
MAP: $169.99 USD 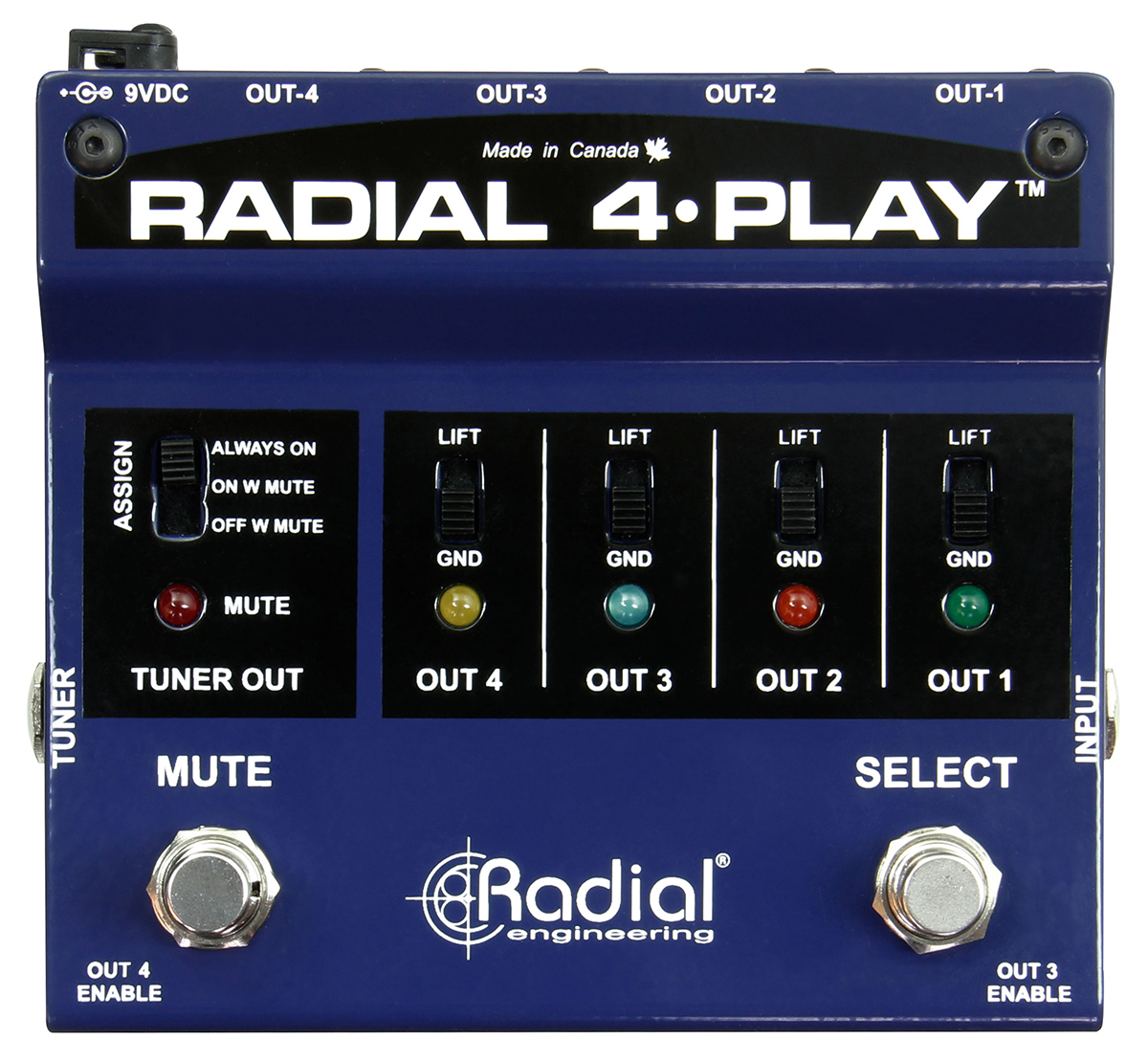 The 4-Play™ is a multi-channel direct box that has been specifically developed for multi-instrumentalists to enable them to quickly change instruments on stage, without disrupting the audio engineer or creating a mess of cable spaghetti to contend with.
Now shipping
MAP: $279.99 USD 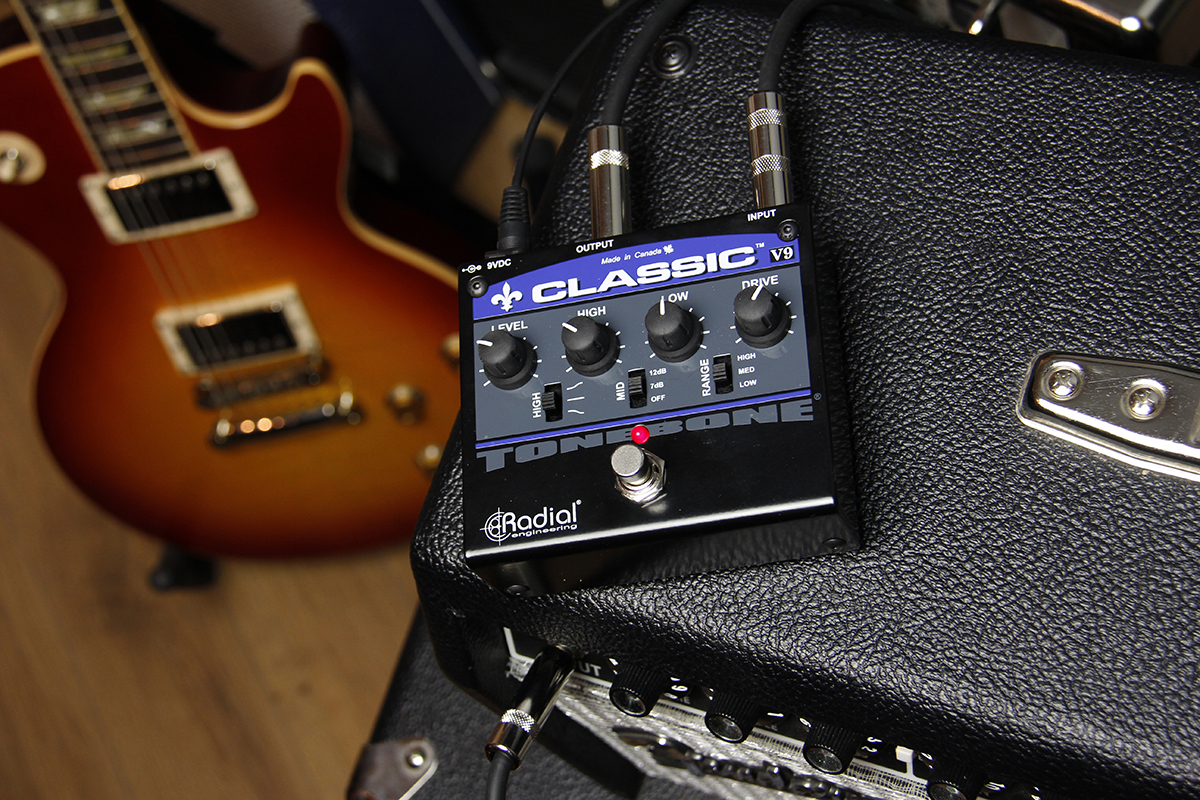 The Tonebone Classic-V9™ is an ultra-responsive distortion pedal that lets you precisely adjust and focus the intensity of the distortion to suit your playing style and develop your own musical voice.
Now shipping
MAP: $169.99 USD 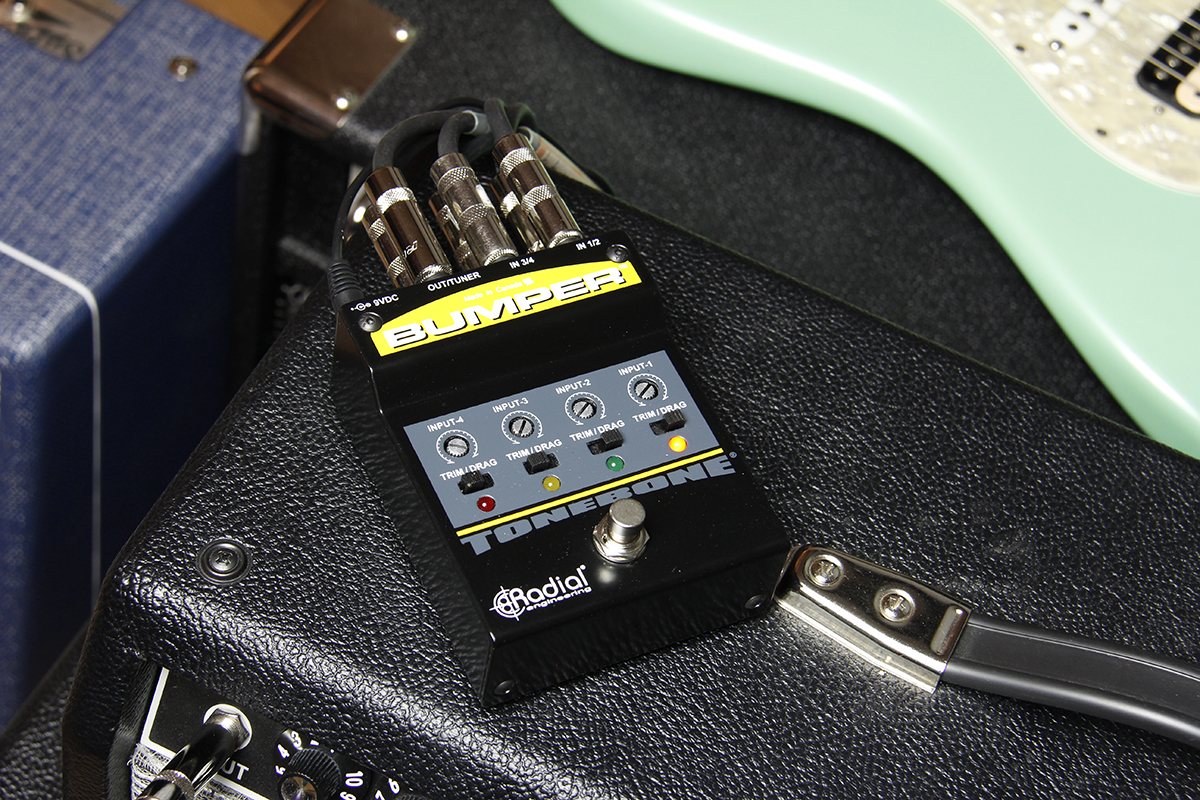 The Bumper™ is a unity gain instrument selector that lets you connect up to four instruments and progressively advance through each input using a sequential footswitch. The sequence is determined by the input connections, whereby if only two instruments are plugged in, the footswitch will only toggle between the ones that are connected.
Now shipping
MAP: $169.99 USD 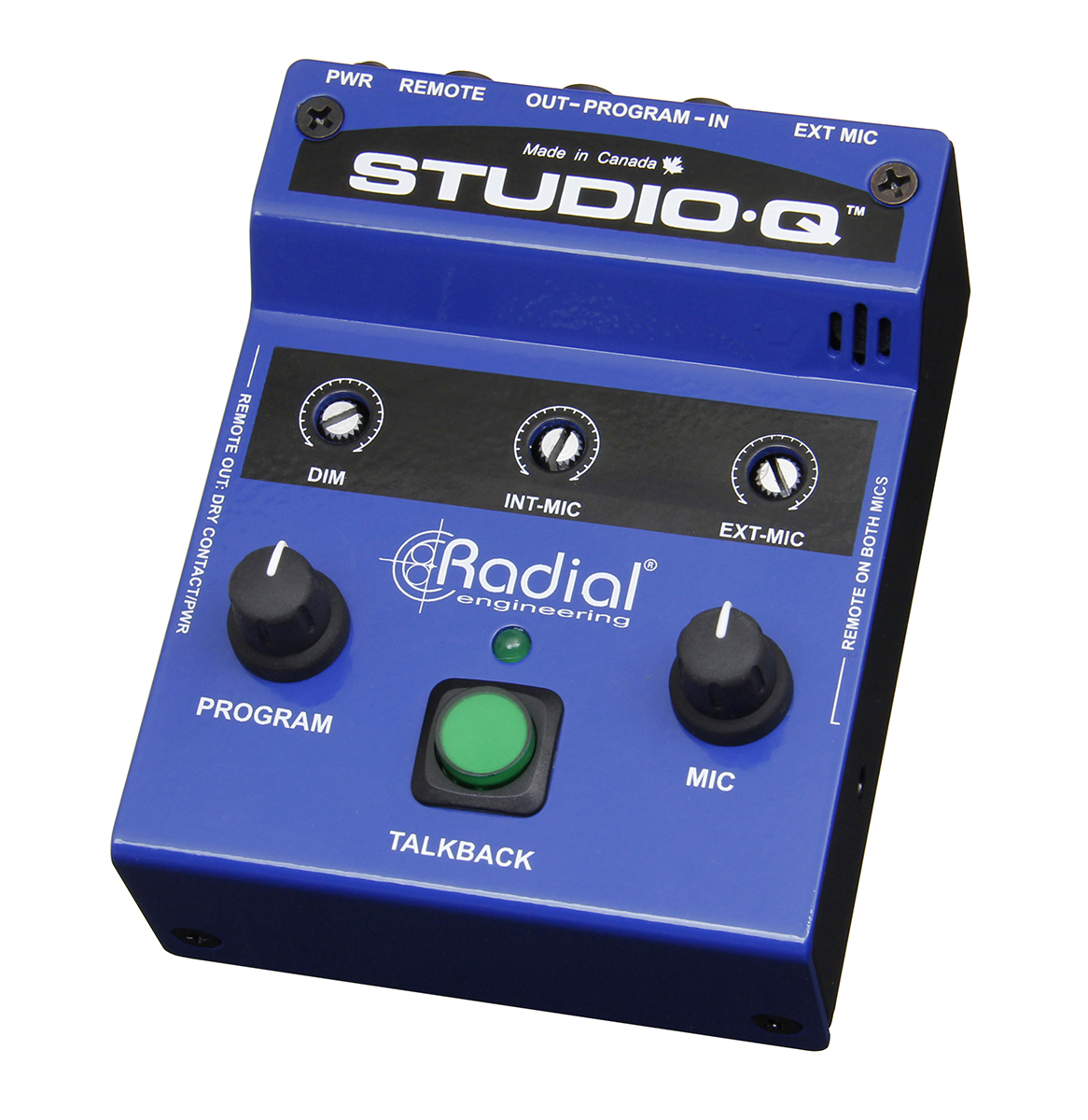 The Studio-Q™ is a super compact, desktop talk-back/cue system and the Beacon™ is an LED indicator designed to work in tandem. (Sold separately.)
Shipping begins March 2017