EL CAJON, Calif. Jan. 18, 2017 /PRNewswire/ — Today Taylor Guitars joins the entry-level guitar market as it launches its innovative new Academy Series, providing the highest quality experience for beginner players. Additionally, the company has unveiled its new small-scale GS Mini Bass, which will round out the best-selling GS Mini Series, and the new 800 Deluxe Series, which touts premium features that build on the success of Taylor’s award-winning 800 Series.

Academy Series
Taylor’s new Academy Series is a line of affordable acoustic guitars, designed to make an enjoyable playing experience more accessible than ever before. The new line leverages Taylor’s reputation for exceptional playability and tone, packing all the essential features of a great acoustic guitar into an entry-level price point — starting at $500 in the US. 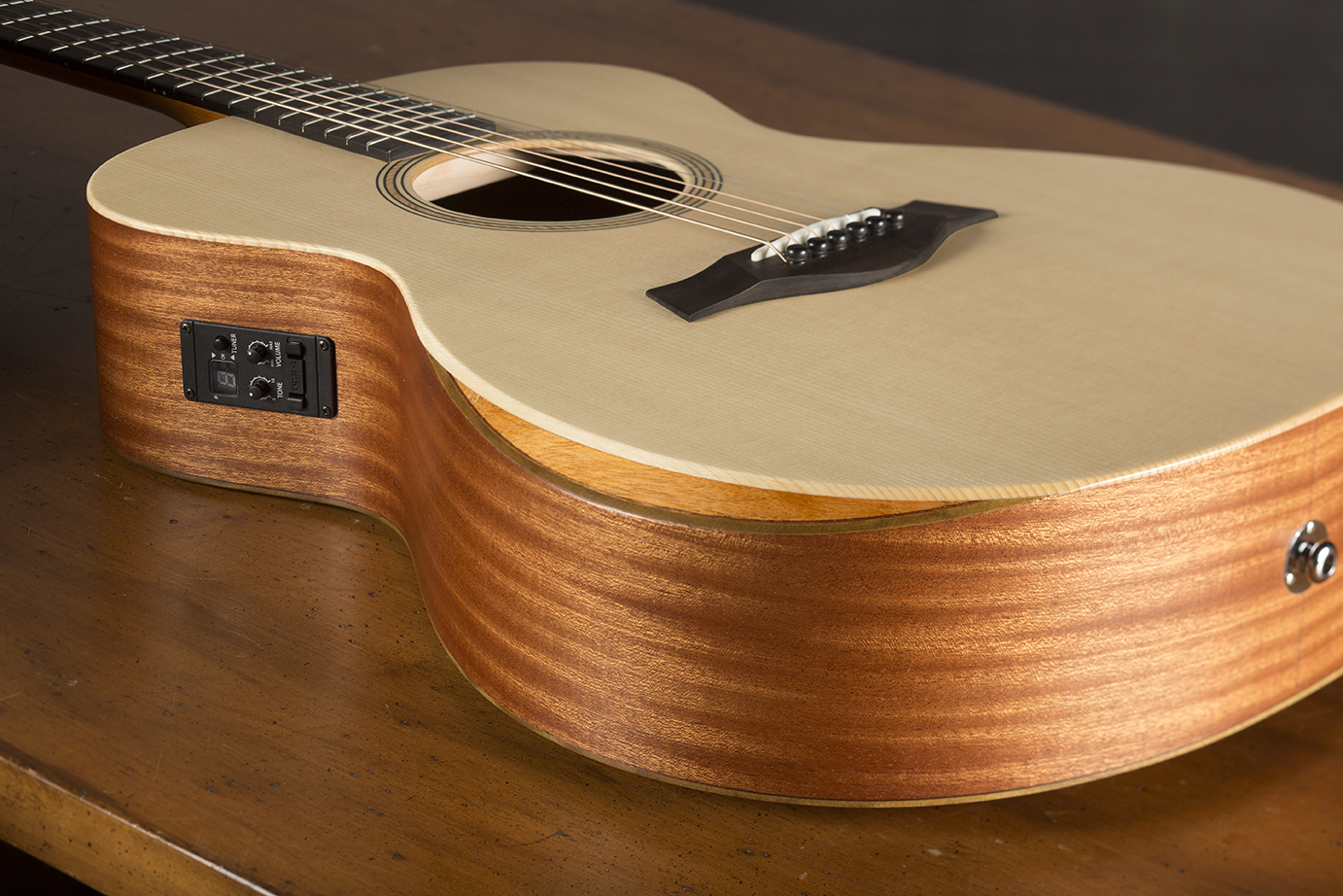 The new series — featuring the Dreadnought A10e, Grand Concert A12e and nylon-string Grand Concert A12e-N — delivers all the most important qualities a developing player needs to enjoy a rewarding guitar experience — playing comfort, appealing acoustic tone, performance reliability, and the ability to easily maintain it for many years. The series even features a simple armrest on the guitar’s lower bout to enhance the playing comfort.

“A beginner in many respects deserves the best-playing guitar,” says Andy Powers, Master Guitar Designer. “An experienced player can make almost anything work; they’ll just appreciate a good guitar more. But when you’re starting out, you need everything going for you.” 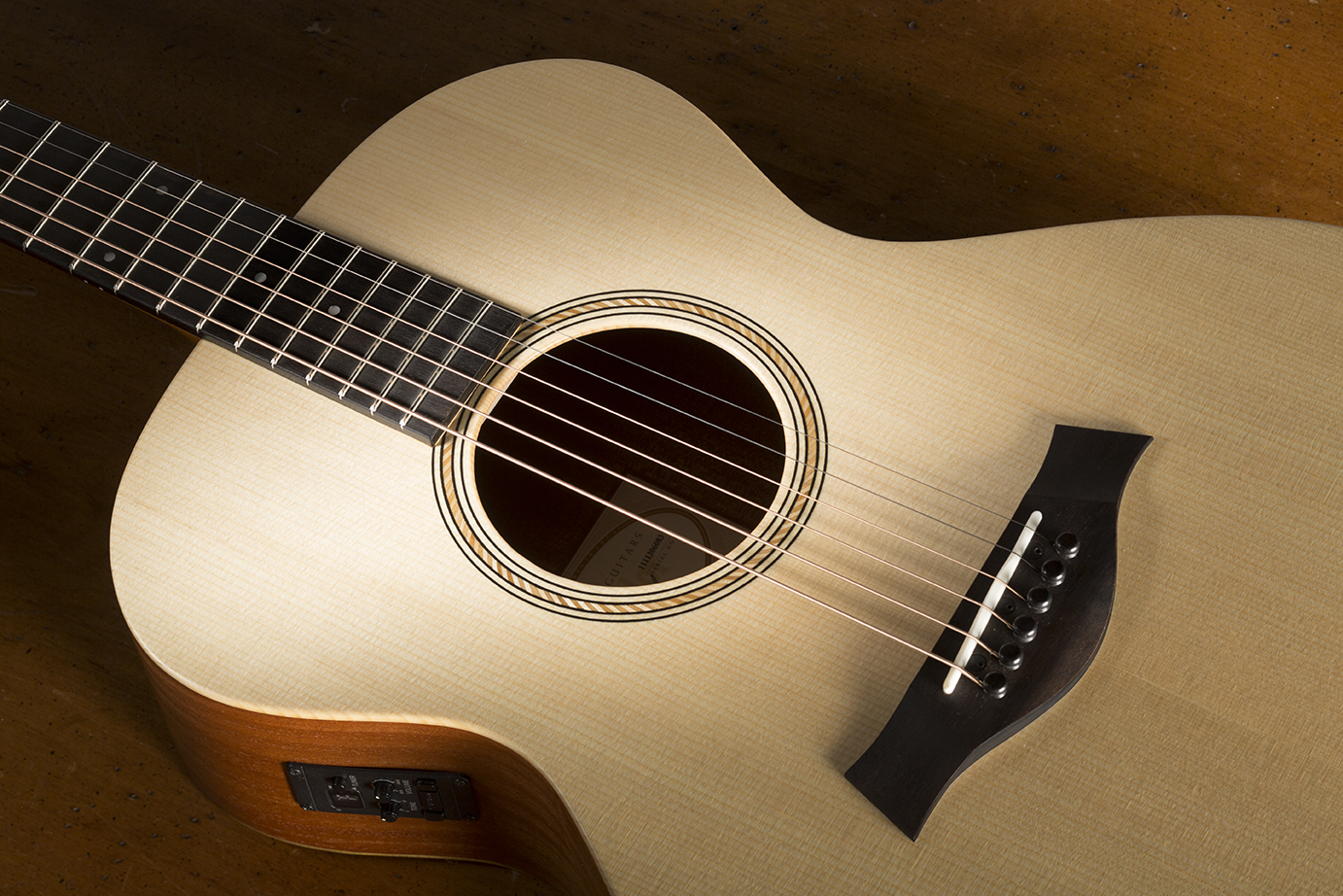 The Academy Series’ design simplicity and affordability makes it broadly accessible, and dollar for dollar, delivers one of the best-performing guitars a customer could ask for.

GS Mini Bass
An exciting new addition to the popular GS Mini family, the GS Mini Bass is a small-scale acoustic bass that incorporates a pair of breakthrough design features: custom bass strings with a nylon core and phosphor-bronze wrap wire developed by D’Addario and a new Taylor-patented, dual-pronged bridge pin. The result is a compact, ultra-playable acoustic bass with surprisingly rich and deep tone for its size. 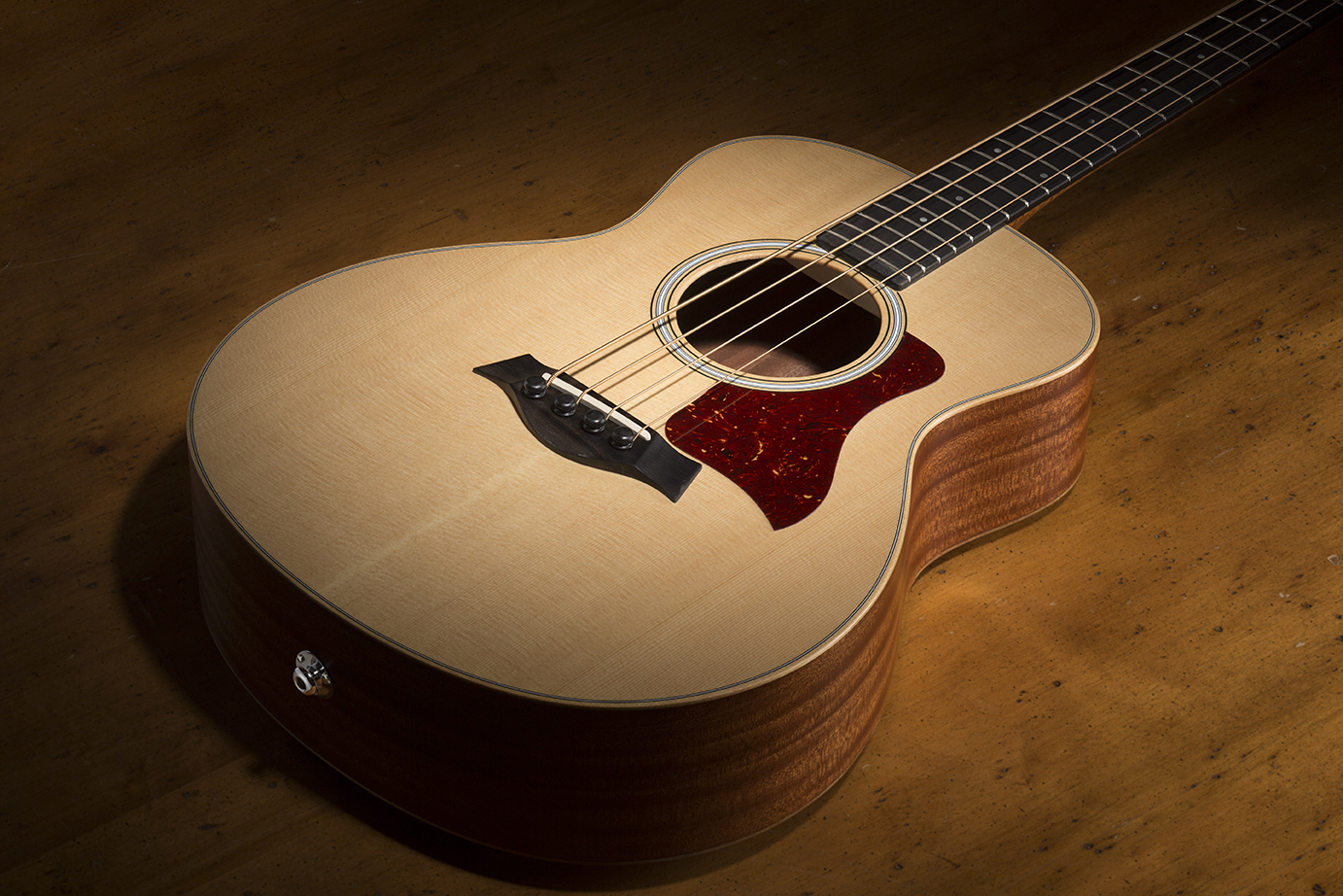 “I wanted to see if it was possible to build a small, ergonomically friendly bass instrument that lived outside the borders of a typical bass guitar,” said Powers.

“The hope was to make a bass comfortable and approachable to a guitar player who’s used to a smaller instrument, to a child, or to a seasoned bass player looking for something sized for the couch with a different feel and voice. If you want an acoustic bass on hand for writing, for recording some demos, or to have when your friends come over to jam, this is the bass you want. In fact, the short string length and nylon core strings make it so comfortable to play that even a kid or a beginner could walk up to it and not be intimidated.” 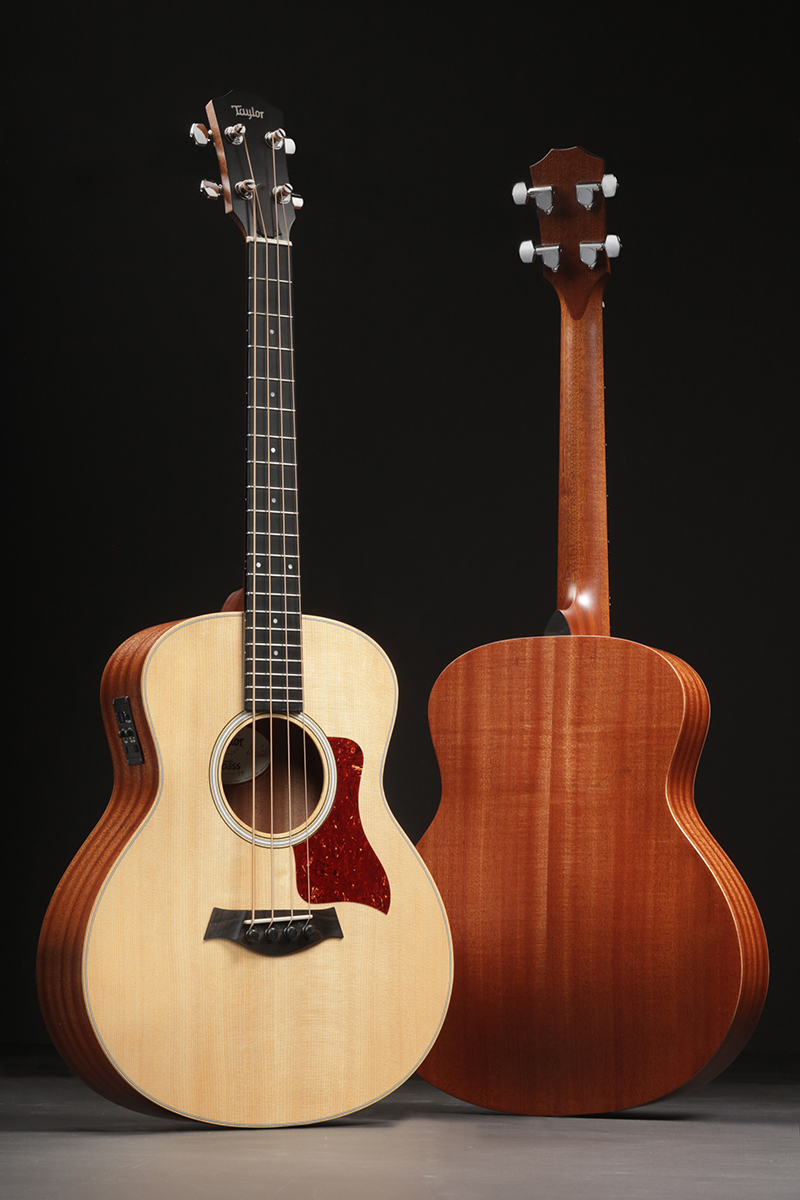 Available at retail beginning March 2017, the new bass also features Taylor’s ES-B pickup, which includes an onboard preamp with tone and volume controls and a built-in digital chromatic tuner with an LED display, as well as layered sapele back and sides, solid Sitka spruce top, matte finish and GS Mini Bass hard bag.

Finally, Taylor Guitars has added the new 800 Deluxe Series to its 2017 guitar line. The series builds on the success of Taylor’s critically acclaimed rosewood/spruce 800 Series, which was redesigned in 2014 with an array of tone-enhancing and aesthetic refinements.
The 800 Deluxe Series boasts three additional premium upgrades: a new, rounded radius armrest to enhance the playing comfort; Adirondack spruce bracing, which turbo-charges the tonal output; and chrome Gotoh 510 tuners for finer tuning precision.

For additional information please contact us as below or visit us at www.taylorguitars.com