Watch: Epiphone’s new Inspired By Gibson Les Pauls and its 2020 line of guitars

The larger headstock will now feature on all Gibson inspired instruments as part of a sweeping overhaul of the entire Epiphone range for 2020.

NAMM 2020: Gibson has announced a massive overhaul of its Epiphone brand for NAMM 2020, most notable of which is the introduction of a new larger headstock shape for its Gibson-derived Epiphone Les Paul and SG models.

The ‘Kalamazoo’ headstock shape was originally used on the guitars made for the Gibson budget brand of the same name in the 1930s, and as we reported back in September, has teased by Gibson CMO Cesar Gueikian as a key part of the brand’s overhaul.

The Kalamazoo shape is much closer to the famous ‘open book’ shape of the Gibson originals, and makes these new instruments feel much closer to their more expensive siblings – something that fans have been requesting for many years. 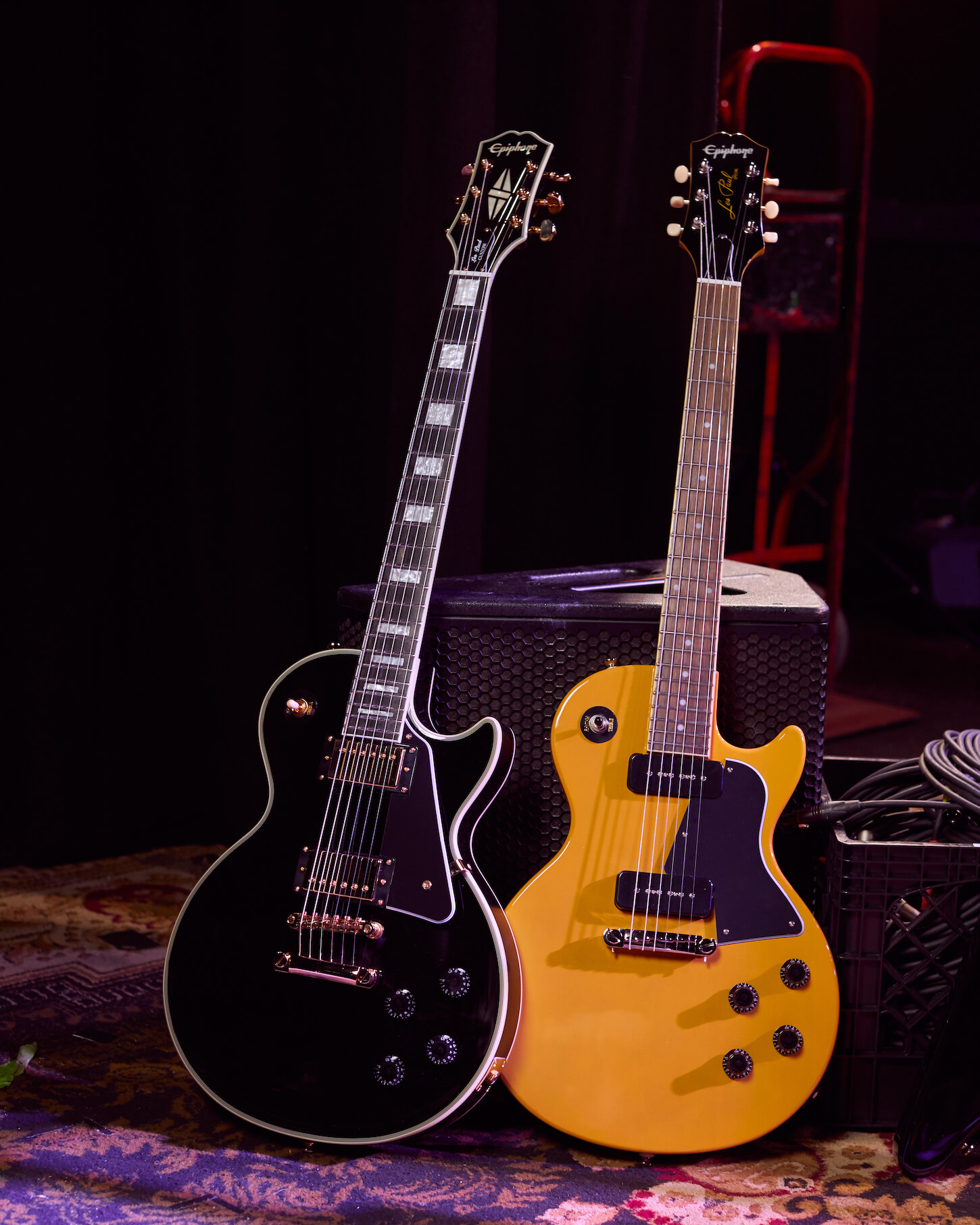 The new Kalamazoo-headstocked guitars are part of the ‘Inspired By Gibson Collection’, which collects all the Gibson-derived guitars in the Epiphone range. Gibson claims that each guitar in the new collection has been redesigned from the original blueprints and features upgraded electronics and classic finishes.

Also part of the Inspired By Gibson Collection are the Designer Collection Explorer, Firebird and Flying V as well as a Les Paul Studio and Les Paul Modern (both of which will feature the Kalamazoo headstock). 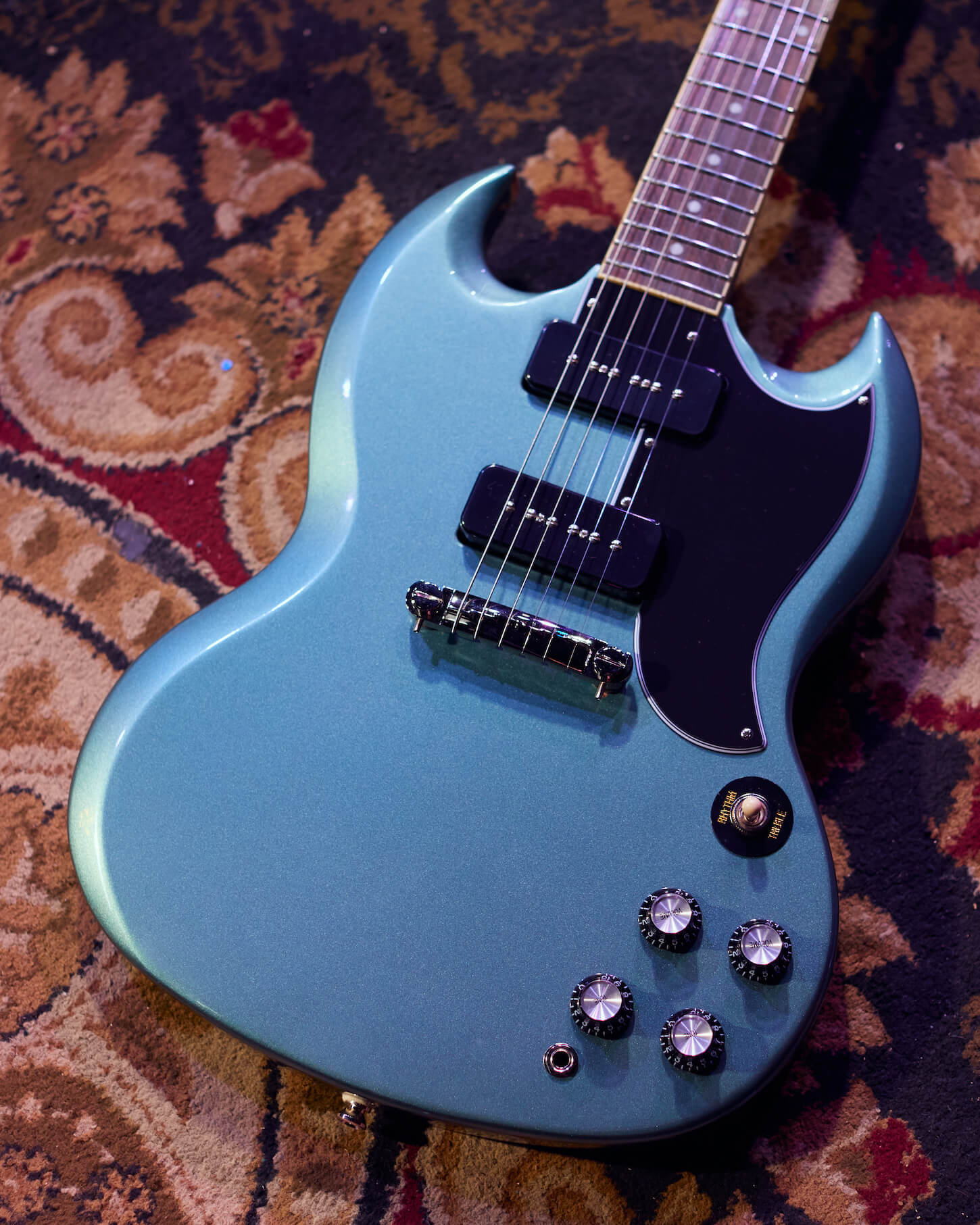 Of course, Epiphone is about more than just Gibson-derived instruments – the brand has created many iconic instruments in its long and storied history, and those guitars are represented by the new Epiphone Original collection.

This new collection is being headlined by a Texan acoustic guitar that is once again being made in the USA. Gibson has made several limited-run Epiphone guitars in the USA over the years, but this guitar, made in the Gibson Acoustic factory in Montana, will kick off the new Epiphone Made In USA range that will offer the brand’s classic designs with American build. 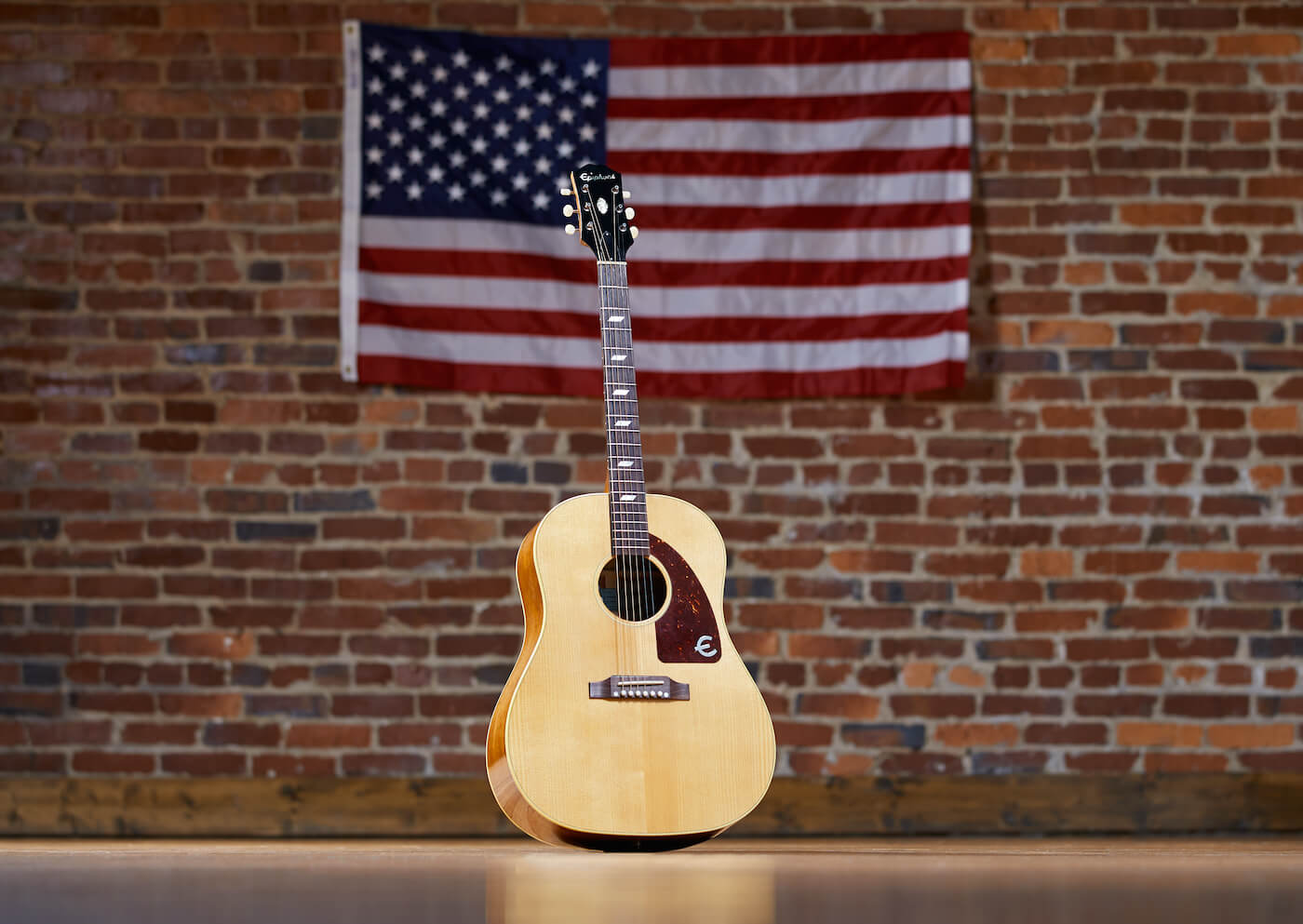 As if that wasn’t enough for one sitting, Epiphone is also releasing a new range of Masterbuilt acoustics inspired by the brand’s 60s classics, a new ES-derived UpTown Kat ES Collection, and the Les Paul and SG Muse Collection, aimed at entry-level players.

“We are evolving Epiphone and unleashing it with a new look and new collections. We are going back to basics simplifying the collections into Epiphone Originals and Epiphone Inspired by Gibson,” said Gueikian of the new range.

“Les Paul himself started working on his own solidbody electric guitar at the Epiphone factory on 14th Street, New York City back in 1941. It culminated with the ‘Log’ which influenced Gibson to create the Les Paul model a decade later, arguably the most iconic guitar of all time. We are paying tribute to this heritage.”

After DJ layoffs, this Canadian pop radio station won’t stop playing Rage Against The Machine’s Killing In The Name