All You Need To Know About The London International Guitar Show

Following the success of the inaugural South of England Guitar Show in 2016, the rebranded London International Guitar Show looks set to further its appeal to the wider public. Josh Gardner gets the skinny from Peter Hoarty… 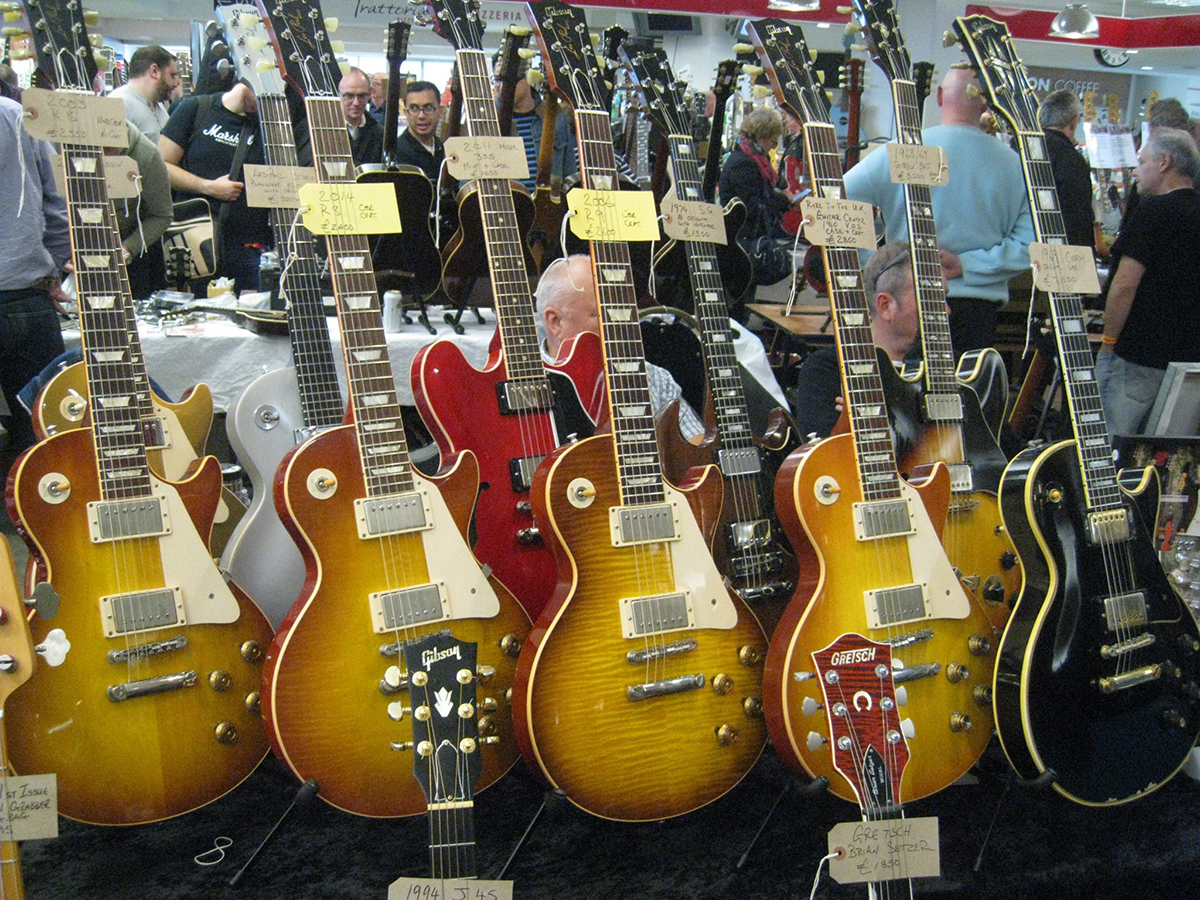 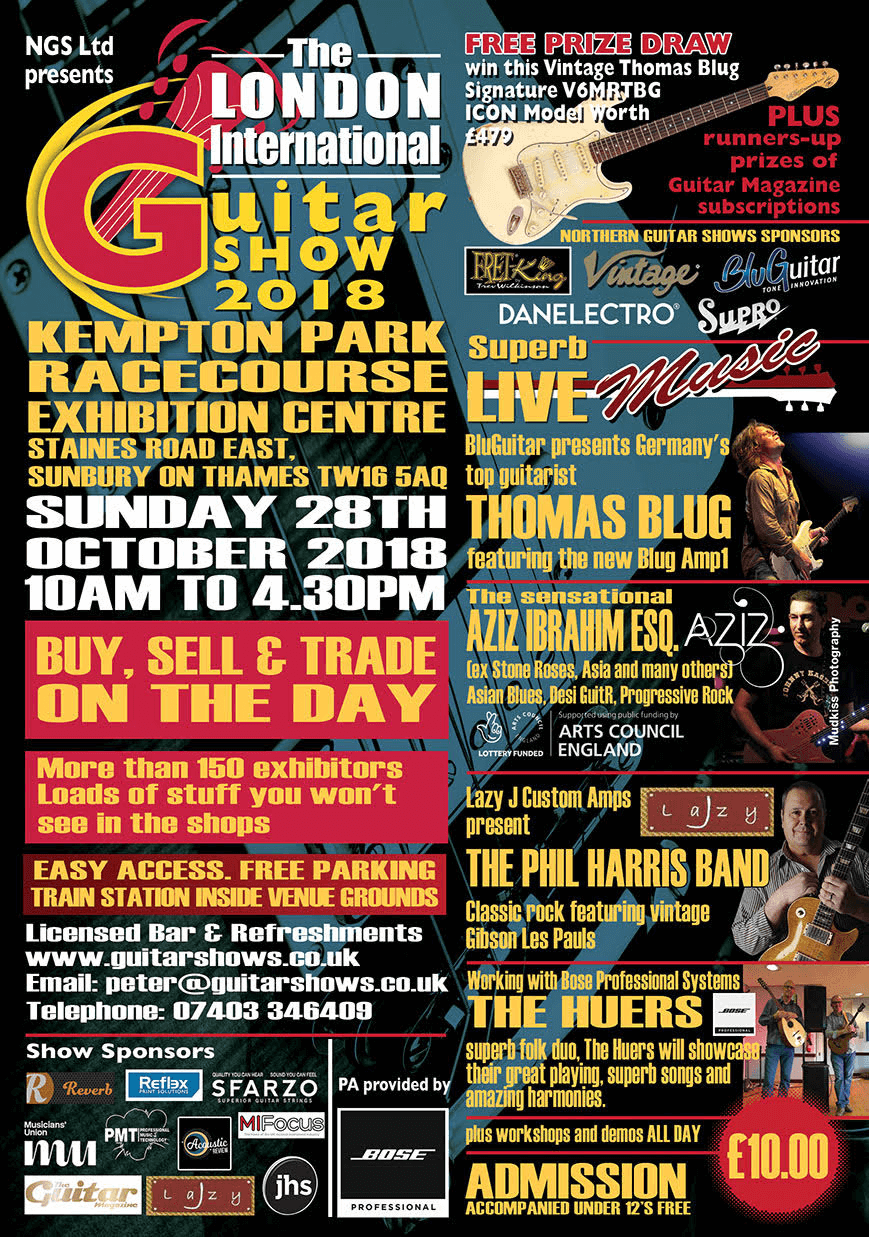 How many years have you been running the London International Guitar Show for now?

This will be the third year we have organised this show. In total we have been running guitar shows for more than 20 years and this year will see our 80th event take place.

You’ve added the word ‘International’ to the name of the show this year – what’s the thinking behind this rebrand?

The first time we ran this show we had a lot of interest from Europe – particularly luthiers and custom builders. Several of them attended that first show and we thought that re-branding as the London International Guitar Show last year would encourage others – which has proved to be the case. This year some of the best custom builders from all over Europe will be present – Poland, Greece, France, Belgium, Switzerland, Italy, Netherlands, Germany, Sweden – and we’ve had enquiries from USA and India. who are hoping to attend.

What makes LIGS different from other guitar shows that people might have attended, or be thinking about attending?

It isn’t corporate and it isn’t an exhibition type of event. It’s based on the USA style of table-top guitar show and is very much a retail event with buying, selling and trading of new, vintage and used guitars, amps, pedals and accessories encouraged. Alongside the bigger names there are a myriad of independent retailers, custom builders, accessory specialists, vintage and second-hand instrument dealers, innovators introducing their ideas and even private individuals with gear to sell. You can bring your guitar in to sell to a dealer or part-exchange if you see something you like.

Our shows have always been based on the principle of value for money for exhibitors and the public which means an affordable entrance fee for visitors, moderate exhibitor prices with no added extras, good transport links and free parking for all.

There will be live music presented in a separate hall with bands, workshops and demos sponsored by exhibitors and there is no additional charge to see the performances. 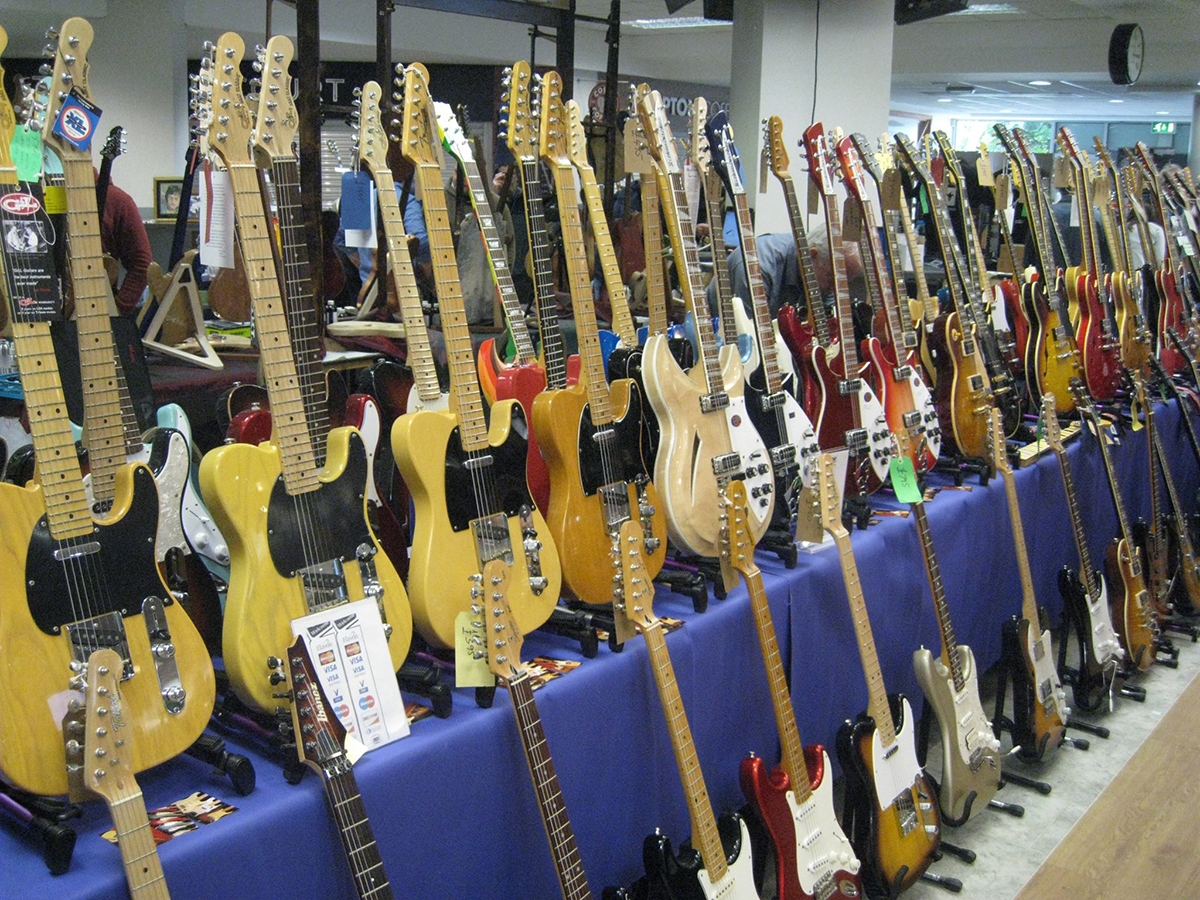 Buying and selling is also a big part of what makes the show so exciting – have you got lots of retailers lined up to exhibit this year?

But it’s not just retailers – all the exhibitors are selling, including private collectors pruning their vintage collection, enthusiasts with second-hand bargains, pick-up makers, FX pedal companies such as ThorpyFX, Fredric, Flatley and Tate Effects, Headrush and many more; British guitar brands Patrick Eggle, Shergold, Fret-King, Crimson, Auden and Gordon Smith; amp makers including Vox, Hiwatt, Award-Session, Cornell and Hamstead; parts and accessories from the likes of Allparts, House of Tone and Pinegrove Leather; and too many electric and acoustic luthiers to mention.

There are always special ‘show only’ deals and great show bargains and it’s a lot of fun haggling over prices which you wouldn’t get the chance to do online or in a shop.

What was your favourite thing about last year’s show?

Personally, it was walking round a corner to see one of the best guitarists in the world and one of my heroes, Martin Taylor, giving an impromptu performance at Ivor Mairant’s stand. Martin had turned up at the Show unannounced to collect his new signature Fibonacci Joya guitar. I changed from show organiser to tongue-tied fan in an instant. It was a thrill to finally meet him and a great photo-opportunity for me.

Tell us about some of the stuff that you’ve got lined up for the 2018 show?

Plus some great live music including Germany’s Thomas Blug with his band RockAnarchy and the amazing Aziz Ibrahim with a stunning display of virtuosity and masterful use of effects.

What are you personally looking forward to the most?

Great guitars including ATB Guitars jaw-dropping display of vintage classics and Phil Harris on the live stage playing original ’59 Gibson ‘bursts. A display of vintage Marshall Amps. Some extraordinary and imaginative custom creations in guitars, amps and pedals. Meeting up with friends. Seeing everybody enjoying themselves. Picking up a ’64 blackface Fender Deluxe Reverb for next to nothing (I can dream too!)

The show takes place over two massive halls in the main grandstand with the live music hall separate in the adjacent stand. The setting is idyllic, overlooking the racecourse and some fine countryside. It’s close to the motorway and major routes so it’s easy to get to and there are acres of FREE PARKING. For those who don’t want to drive, there is even a train station inside the venue grounds! There is a licensed bar with food and drinks available in the restaurant and snack bar.

The LIGS always has a really welcoming and down to earth vibe compared to some other shows, is that something you’ve been keen to preserve as the show has got bigger?

Yes, all our shows have a great, relaxed, friendly ambience and we would never change that.The wonderful thing is that everybody there is a guitar enthusiast – exhibitors and visitors, beginners and veterans alike – and everybody is in a great mood. We all have music and guitars in common so there are no barriers and there is plenty to talk about. Plus, people meet friends and old bandmates they haven’t seen for years and have chance for a catch up. It’s like being the hosts at a huge guitar party!