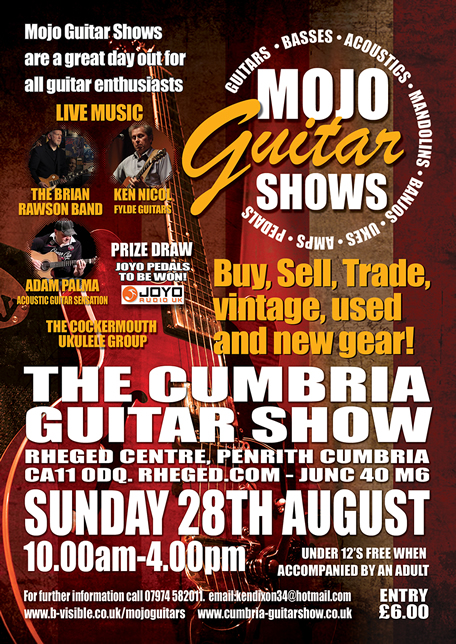 This years Cumbria Guitar Show takes place at the Rheged Visitor Centre, Penrith over the bank holiday weekend on Sunday 28th August 2016. The show is one of the North’s most popular and has been running for over 20 years

There will be an opportunity to see and play Dean Frasers of Fraser Guitars, Matchstick guitar; it has taken Dean several years & 40 thousand matchsticks to build his unique guitar, which will be on display for the very first time.

There’s a host of guitar players to see at this year’s show including, the Brian Rawson Band, it’s the first appearance at for the Glasgow based contemporary blues band.  We also have regular show favourite Ken Nicol performing tunes from his new album; Ken with his Fylde signature guitar has previously toured with The Albion Band and Steeleye Span. Acoustic Guitar wizard Adam Palma will also be performing at this years show, Adam has recently toured with Al Di Meola & previously Tommy Emmanuel. All performances take place in the 200-seated Theatre, which is the centrepiece of the Rheged Centre. 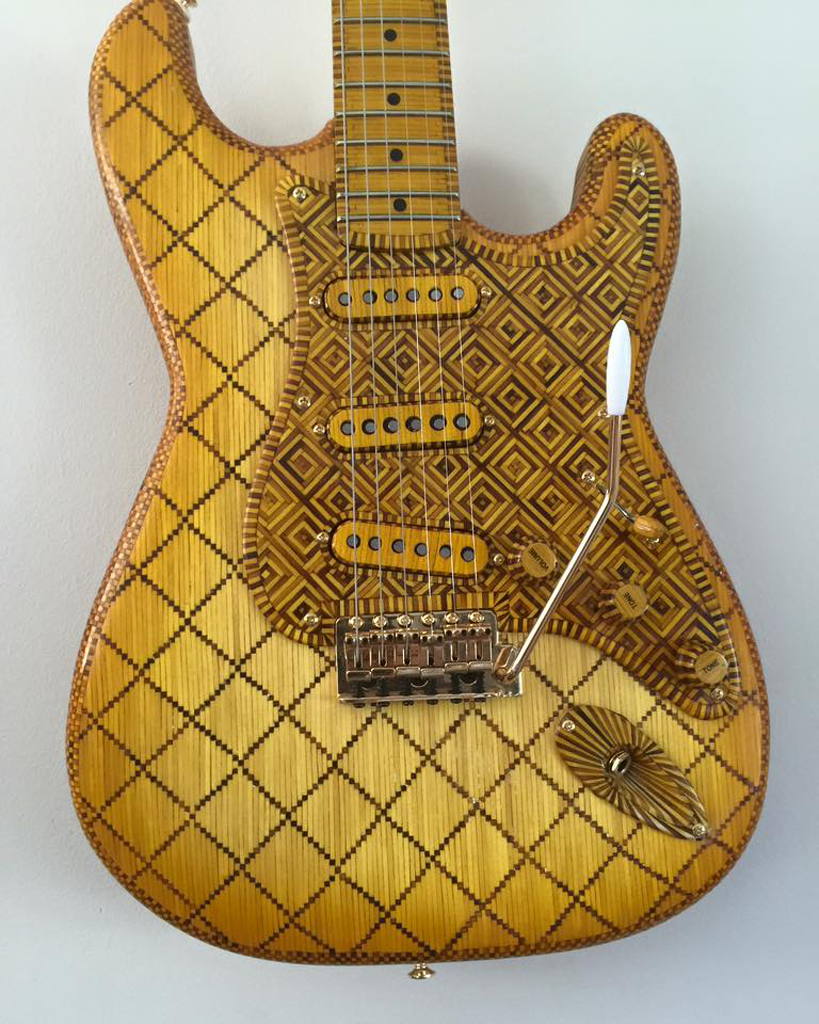 What more could you want other than dozens of stands in the exhibition halls with stacks of new, used and vintage guitars to try or buy, a great day out for all guitar enthusiasts.

The show is open 10am to 4.00pm entrance is £6.00 (under 12’ free accompanied) for pre show tickets contact The Rheged Centre or pay at the door.