Fender has just revealed its latest collaboration with Transport for London, a London Underground-inspired Fender Stratocaster. 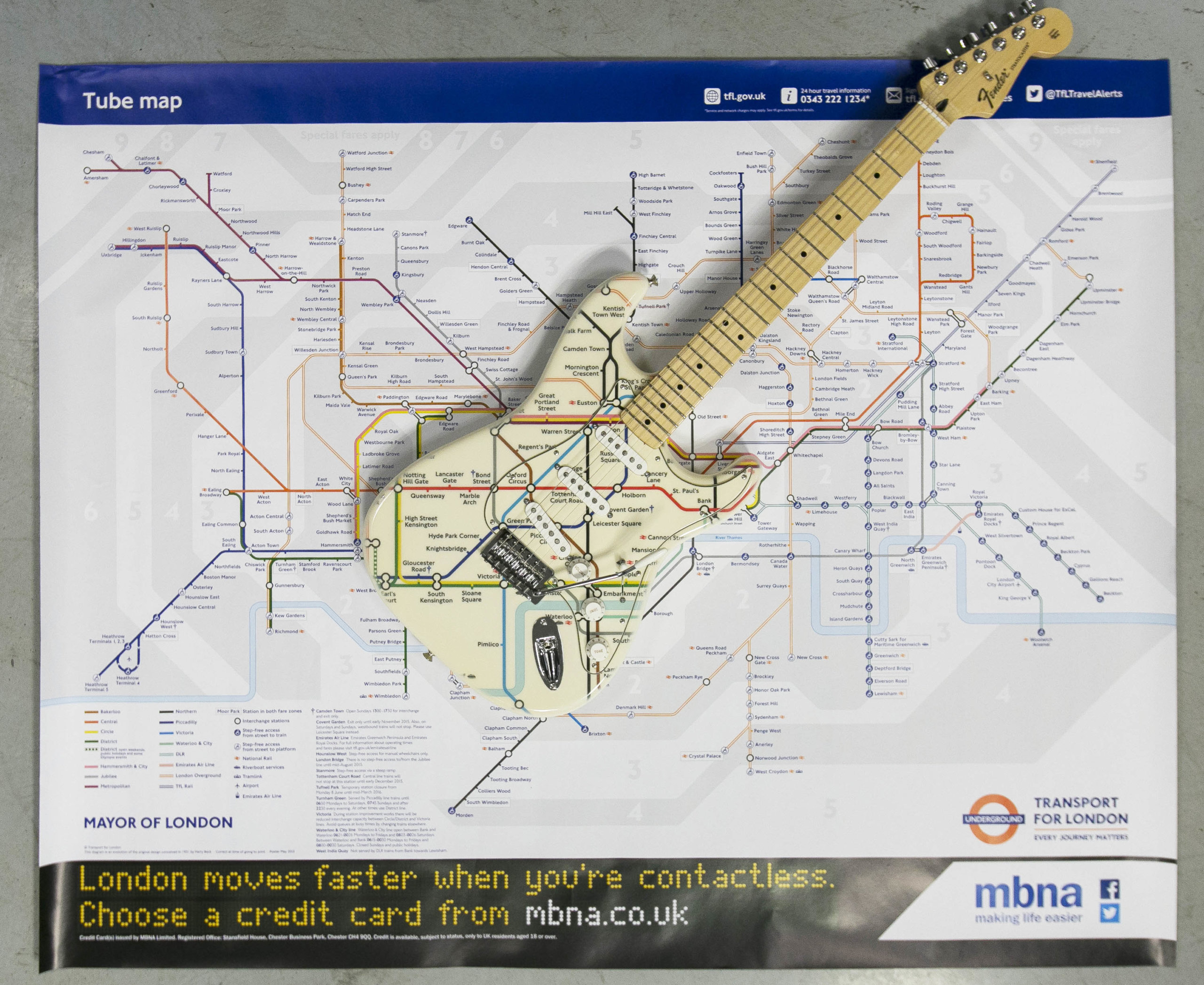 EDITORIAL USE ONLY
Musician James Black unveils a special edition Fender Stratocaster guitar illustrated with the iconic London Underground tube map by Harry Beck, to celebrate Transport for London and the London Transport MuseumsÕ ÔTransported by DesignÕ exhibition at St JohnÕs Wood Tube station. PRESS ASSOCIATION Photo. Picture date: Monday November 30, 2015. Transported by Design began with #DesignIcons, a search to find LondonÕs most loved transport design. An open vote was held over the summer with the Tube map, Routemaster bus and black taxi included in the programme. The Fender Stratocaster is a design classic and for over sixty years has graced LondonÕs stages in the hands of Jimi Hendrix, Eric Clapton and David Gilmour. The special edition Tube map version features an engraved neck plate, TfL logo on the back of the headstock, three single coil pickups and a maple neck alongside the Tube map design, recognised across the world.Photo credit should read: John Phillips/PA Wire

An initial batch of 50 guitars has been produced, and will be available to order and buy at the London Transport Museum shop at www.ltmuseumshop.co.uk Read on for more information…

Official info below:
The iconic Tube map, designed by Harry Beck in the 1930s, has been immortalised on a new special edition Stratocaster guitar in a new partnership between Fender and London Underground.

The guitar was unveiled this morning by London based musician James Black at St. John’s Wood Tube station, a stone’s-throw away from Abbey Road studios where the Beatles recorded their legendary album.

The Fender Stratocaster is itself a design classic and for over sixty years has graced London’s stages in the hands of Jimi Hendrix, Eric Clapton, David Gilmour and countless other guitar greats. The special edition Tube map version features an engraved neck plate, TfL logo on the back of the headstock, three single coil pickups and a maple neck alongside the Tube map design, recognised across the world.

The Tube map, as well helping people navigate London, has become an emblem of British culture. It now appears in the latest UK passports, and was recently voted one of the top transport ‘Design Icons’ of all time in a poll of 10,000 Londoners. 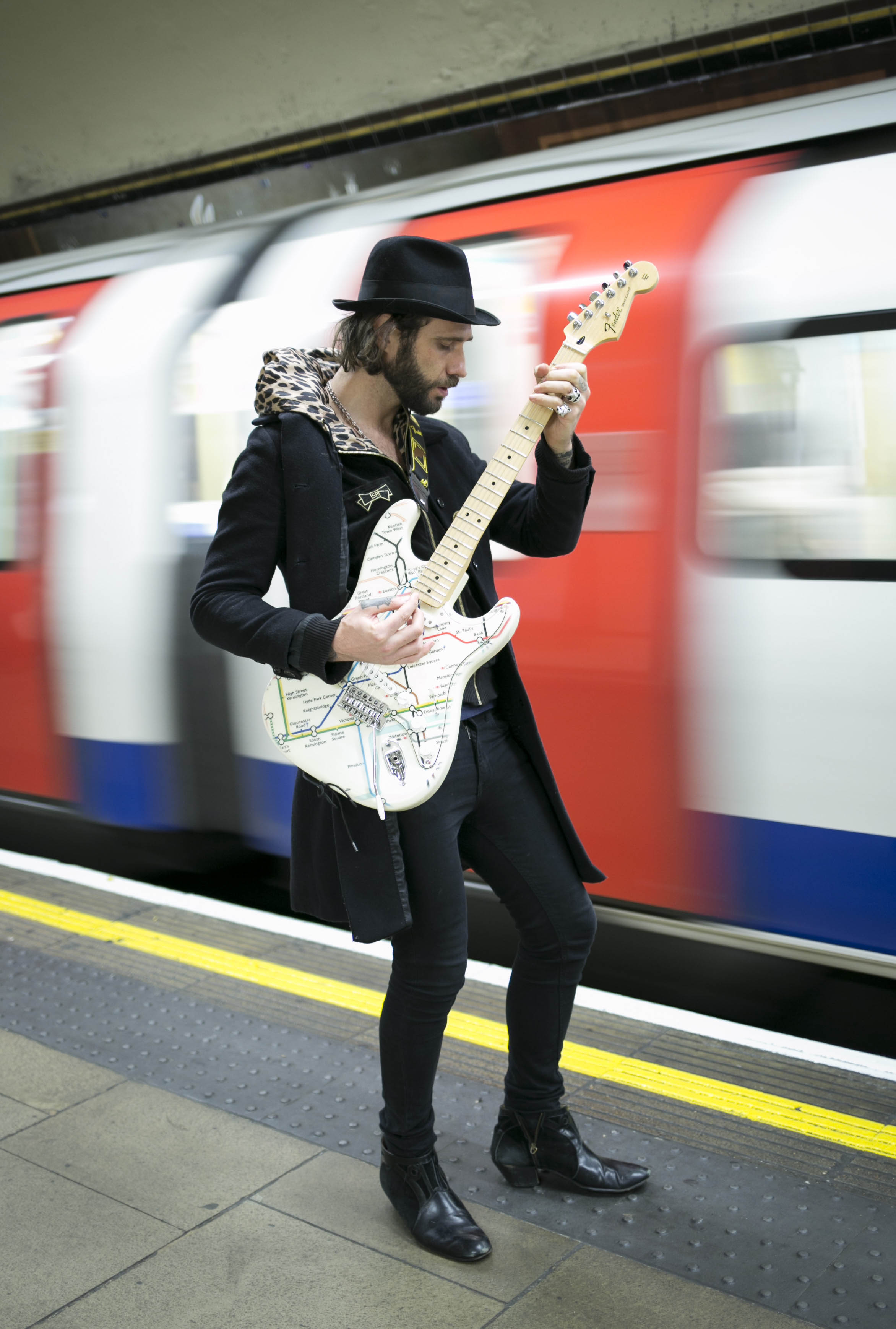 The launch of the guitar comes as Transport for London and the London Transport Museum celebrate ‘Transported by Design’, an 18-month programme of events and exhibitions that explore good design on the transport network and its role in the lives of the millions of customers who use it each day.

Fender’s European Managing Director, Graeme Mathieson said: “The Stratocaster and the London Tube map are both iconic symbols of London’s cultural heritage so we are proud to be collaborating with Transport for London in bringing these two design classics together”.

Speaking about the collaboration, Nick Brown, London Underground’s Managing Director, said: “Harry Beck’s imaginatively simple Tube map design helped revolutionise the way people get around London. That sense of using good design to make people’s lives better is still a major part of what we do. It is what we’re celebrating in our Transported by Design programme, and it is why this intriguing coming together of two design icons is so timely.”

An initial collection of 50 guitars has been produced, priced at £599, and will be available to order and buy at the London Transport Museum shop at www.ltmuseumshop.co.uk 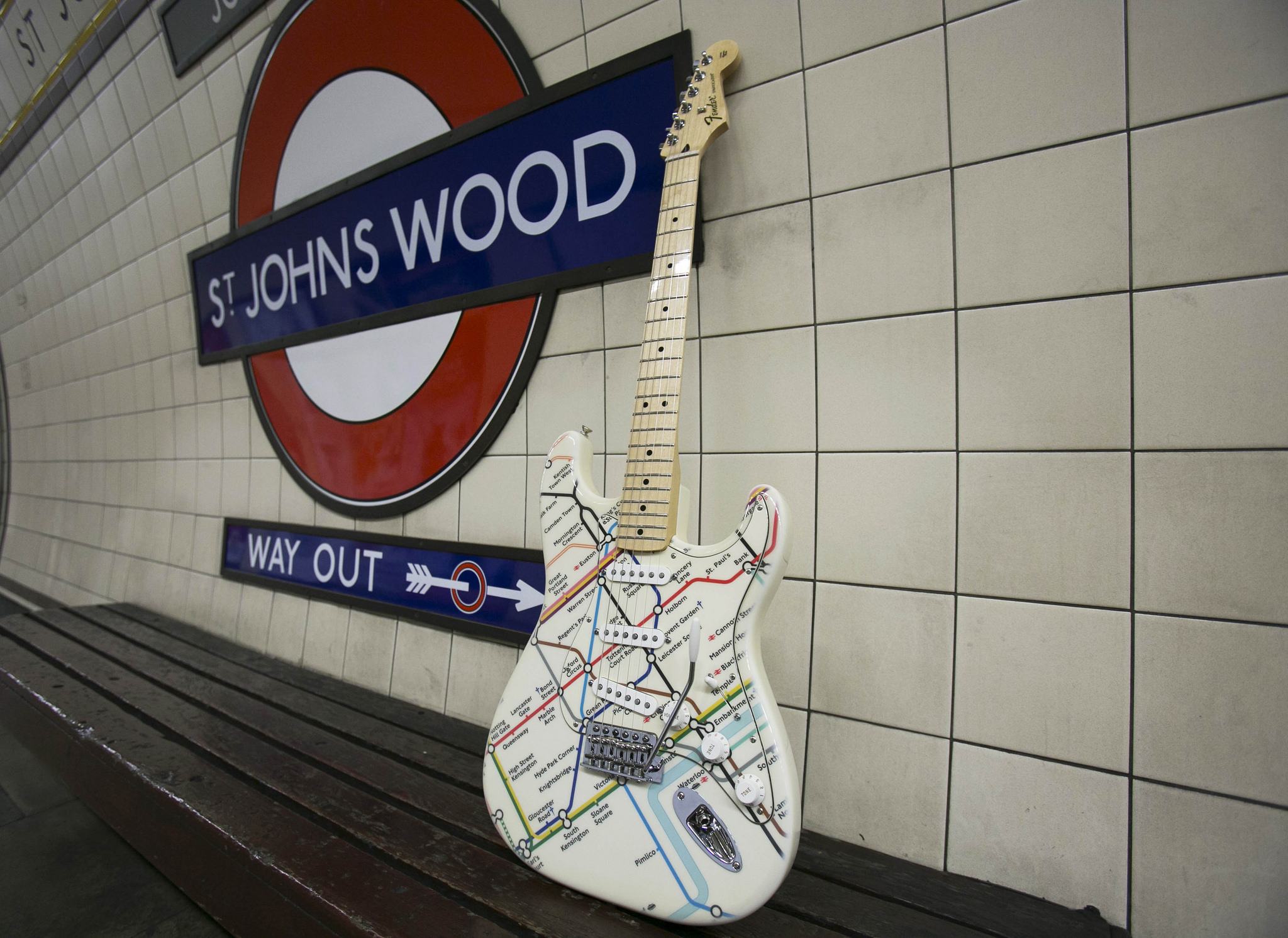