Set to hit the streets in the summer, it is based on the Nick Cave and the Bad Seeds, Grinderman and The Dirty Three guitarist’s famed ‘mystery stompbox’ and promises to deliver some killer fuzz tones. 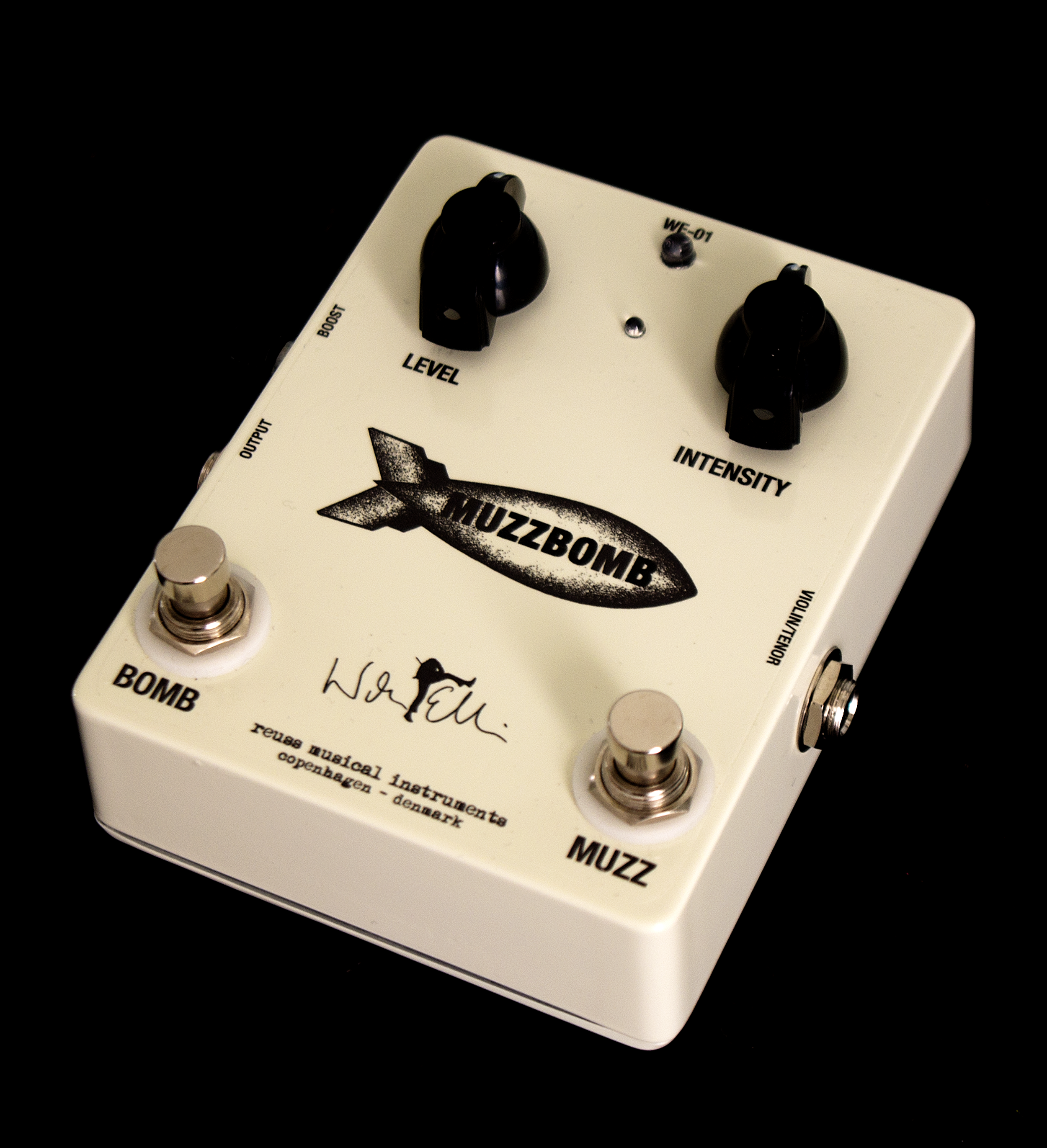 The production model Muzzbomb is a two-in-one pedal featuring the ‘muzz’ effect going into a powerful booster. The boost level is adjusted via a trimmer on the left side of the pedal, to keep the knob count low and make room for the large chickenhead 50s amp-style knobs.

The company’s founder, Anders Reuss, explains: “The original ‘Muzz’ pedal was at my workshop recently and has been cloned exactly. Warren Ellis was a customer of mine, for the Rowland S. Howard pedal. He invited me to meet him after a Nick Cave solo show in Copenhagen in May 2015, where he told me about this sick-sounding DIY fuzz pedal his brother had made for him from old radio parts, which was essential to his set-up.

“Warren needed a back-up, but his brother’s attempts to repeat his own magic of the first pedal were never successful. I said to Warren ‘let me check it out and see what’s in there. I can probably source any weird old part that might be in there, to make an exact clone’. So that’s what we did.

“I got the pedal shipped to my workshop later in the summer for inspection. Warren had different ideas for pairing his brother’s effect – called the Muzz – with either a booster or an additional drive or both, like he would use the Muzz pedal in his pedal chain. We ended up pairing the Muzz with an extremely potent boost (actually the same circuit as in the Reuss RF-02 Repeater Fuzz) for an insanely loud two-in-one pedal, calling it the ‘Muzzbomb’.” 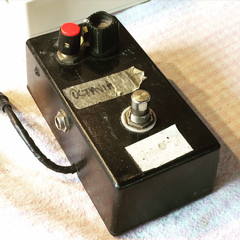 The Muzzbomb pedal is now in production for an expected May/June release. It is handmade in full boutique construction (hardwired jacks and footswitches) and is expected to retail, directly from the Reuss webshop for $149.95 (plus 25% VAT in the EU).

Look out for a review of the Muzzbomb in Guitar & Bass in the future. For more info visit: www.reusseffects.com