Like the famously toothy fish, Peavey’s new Piranha promises lots of bite for its tiny size.

Will Peavey stop at nothing? First, its fiendish scientists pointed their shrink ray at three of the company’s most popular amp ranges to create the 20-watt Mini Head (MH) range. Now they’ve turned that dastardly ray up to full power and created an even smaller version of the mighty 6505, promising full-on metal tones in a box the size of a hamster’s coffin.

Actually, they didn’t use a shrink ray. They just took out the 6505 MH’s EL84 output stage and went solid-state, keeping a single ECC83 in the preamp for that all-important valve overdrive. This is the same move Orange made in coming up with the Micro Terror, so it’s a proven recipe for ultra-portable rock power. The 6505 Piranha is still rated at 20 watts, but the format – and price – might make it a better choice than the MH for home practice. 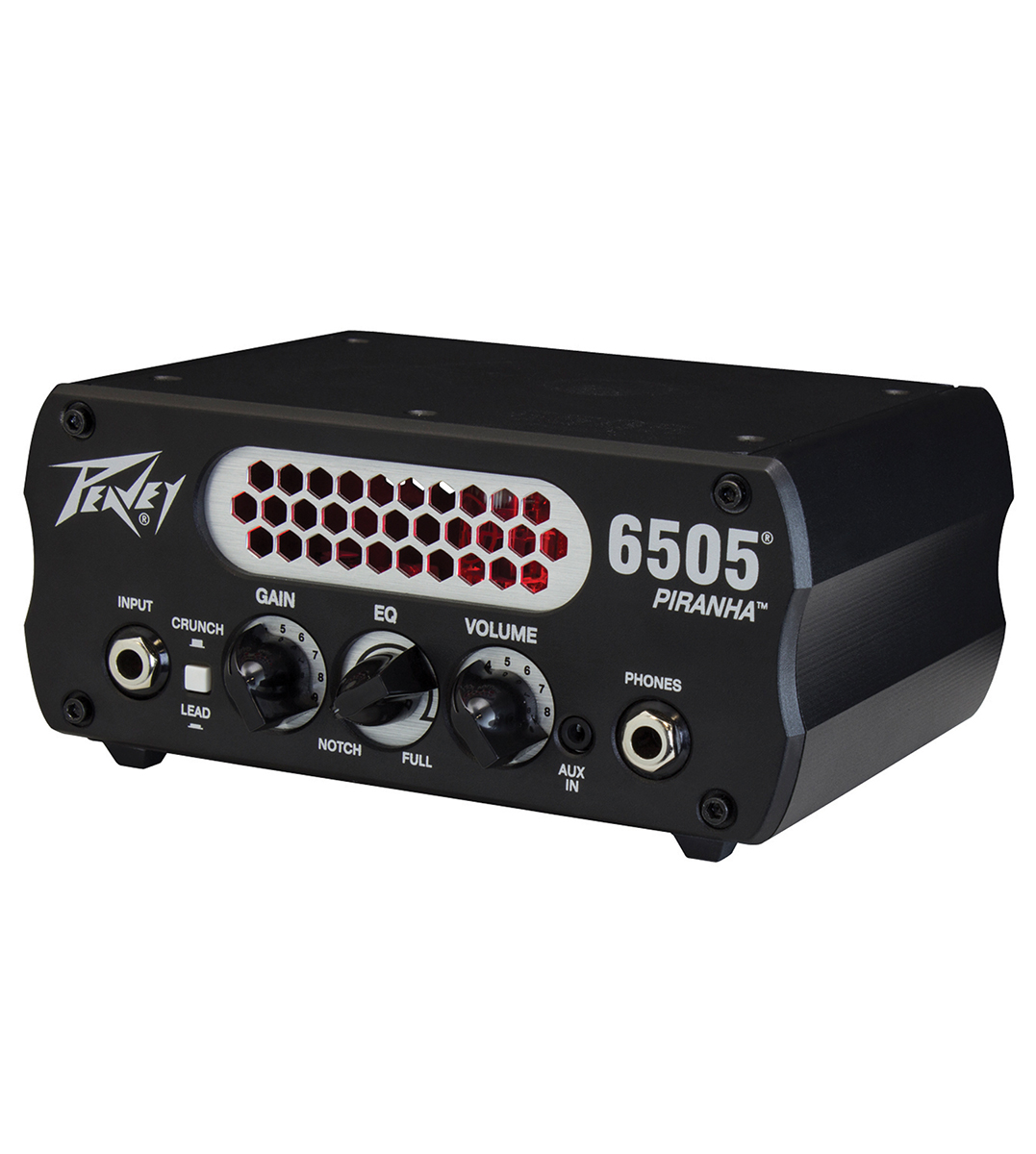 There’s a little reference to the 6505 series’ distinctive front panel in that beehive grille, which adds to the overall air of meanness. And check out the channel switch: it’s crunch or lead, with nothing as wimpy as a clean or rhythm option. Next to that, we find controls for preamp gain, master volume and EQ – but the latter is no simple treble filter.

It’s marked ‘notch’ at one end and ‘full’ at the other, which calls to mind another Orange trick: the mids-contouring shape control seen on, among others, the Micro Dark.

You also get those two modern practice amp staples – an aux input for your smartphone or mp3 player and a headphone output for your wall-thumping neighbours – while the rear panel hosts a buffered effects loop and a single speaker output.

Starting with the crunch channel, the amp whooshes into life with a vampiric red glow – courtesy of three LEDs hidden inside the chassis – and an alarming amount of hiss. It settles down a bit when you turn the volume up away from zero, and hardly gets any louder after that, but this is by no means a noiseless amp. 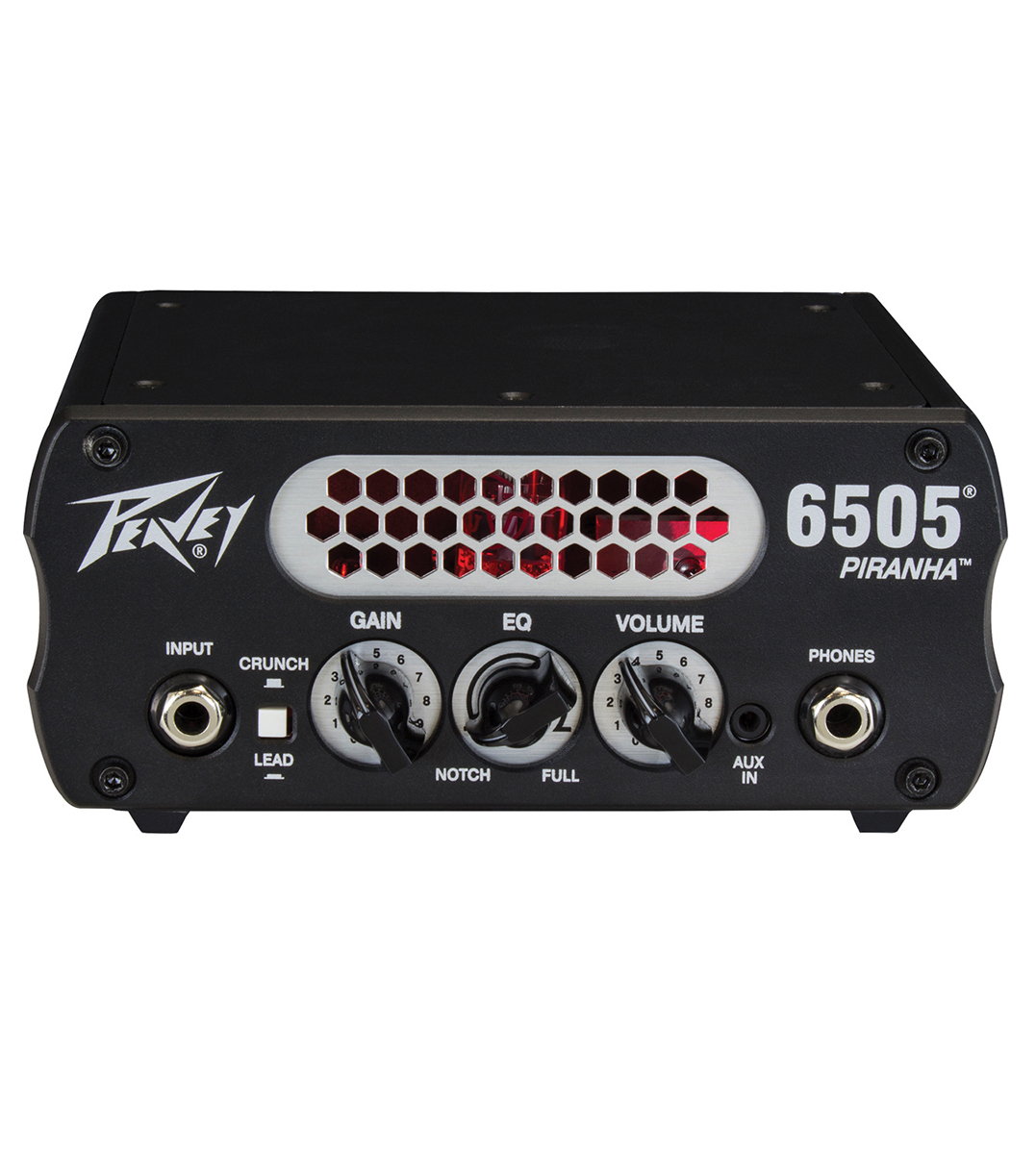 With the gain around halfway, the rock-but-not-metal tones are decent if a little scratchy. The EQ control certainly broadens your options: all the way round to ‘notch’ it’s moderately scooped, while at the other extreme it honks almost like a stuck wah. Everything makes more sense when you whack the gain around to full – there’s more than enough distortion here for heavy chord chugging and howling lead runs, ancient or modern.

There’s no footswitch input on the 6505 Piranha, so we need to prod the little white button to engage the lead channel. This ups the gain in a big way. It’s edgy but well balanced, and keeps on getting hairier all the way up to maximum – with the right cab, you can get some seriously big noises out of this thing. The EQ control now becomes more influential than ever, with crisply rumbling djent tones at one end and old-fashioned hair metal at the other. Pick your spot along that line and get rocking! 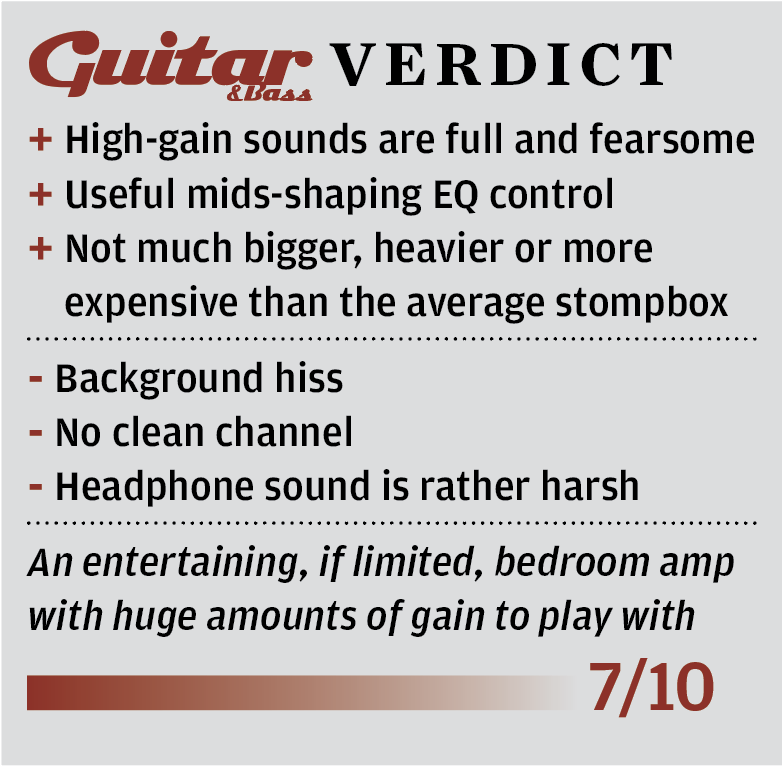