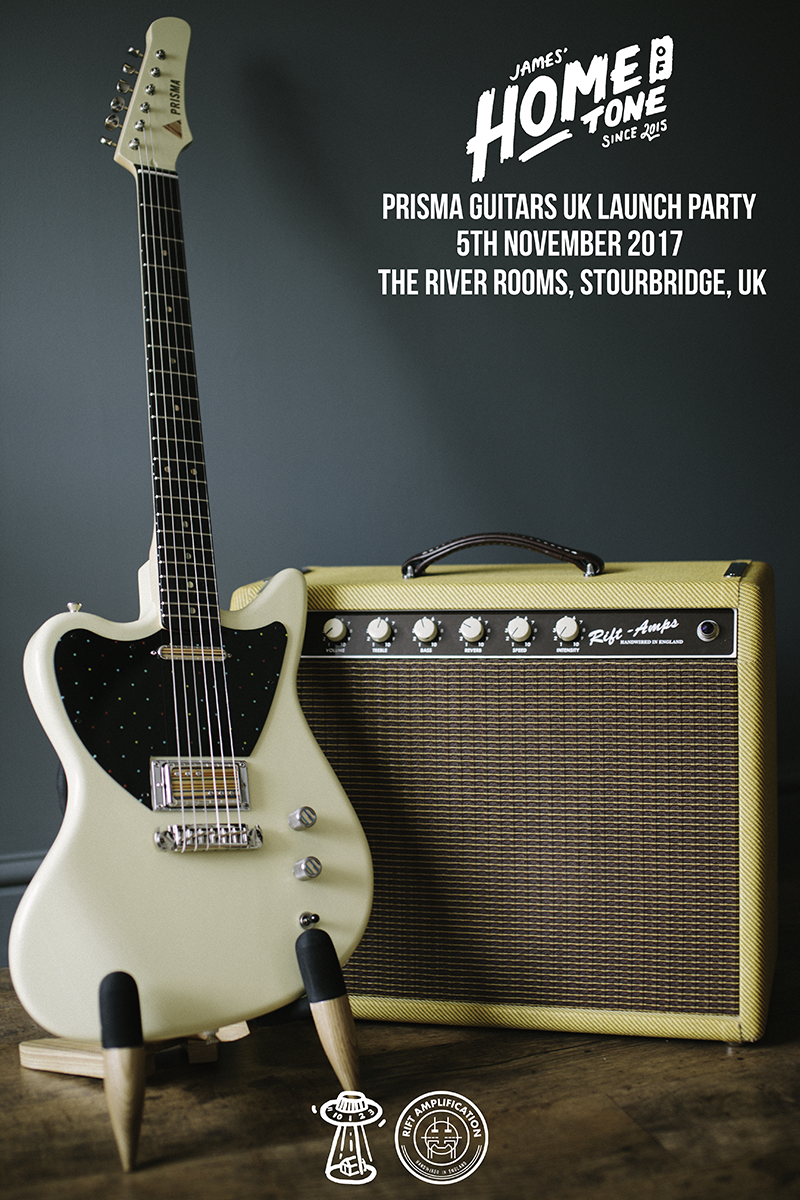 Prisma Guitars was established in 2014 when it’s owner and founder, Nick Pourfard found himself grounded by a skateboarding injury.

During this downtime, Nick’s passion for guitar playing and woodworking soon sparked a curiosity in whether all of his interests could be combined. Could a skateboard’s hard rock maple board become something more? Could it even be a workable material, let alone an instrument? After some experimental builds, it soon emerged that it very much is, and the guitars soon started coming to life.

It wasn’t long before builds became orders, and the Prisma brand was born. Combining beautifully made, unique electric guitars all hand made in Nick’s workshop in San Francisco USA.

Prisma Guitars are now available, for the first time in the UK through boutique guitar store, James’ Home of Tone.

The Home of Tone specialises in unique, high quality boutique guitars and prides itself on one to one customer service driven by a lifetime’s passion for the guitar. Based in the West Midlands and run by owner James Gascoigne, the Home of Tone are really proud to introduce Prisma Guitars to the UK and have put together a launch party to celebrate the occasion!

The Prisma Guitars UK Launch Party is to be held on Sunday 5th November at a venue which has been at the heart of the local music scene in the area, The River Rooms, Stourbridge, West Midlands.

Held in association with Rift Amplification and Mind Charity, you’ll be able to come and see, play and experience Prisma Guitars in person for the first time and do so through a range of Rift Amps. To top it off we’ll finish the night off with live music courtesy of three talented artists.

Opening the show is Owen Lister, a singer songwriter specialising in Weissenborn lap slide guitar with some surprises. One not to be missed.

The Charley Hicks Band fronted by bluesman and iTunes chart topping musician, Charley Hicks. Brings a strong, gritty vocal reminiscent of delta bluesmen from the 1930s, paired with powerful guitar playing in his new trio outfit. Charley has grown a strong online following and this will be his first show with the full band.

Headlined by Of Kings & Captains. A local band who have developed a strong following due to their catchy songs, packed full of high energy lyrics that you’ll be singing along to and loud guitars that demand your attention. OKAC have played stadium tours supporting Bon Jovi and have graced some amazing stages.