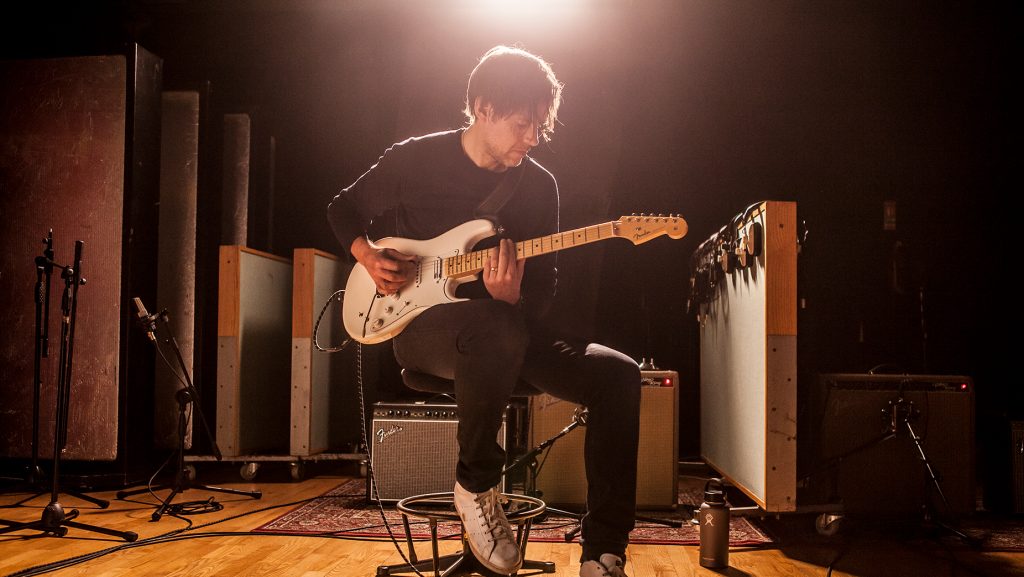 As its name suggests, the star of the white Strat is the Fernandes Sustainer Driver humbucker at the neck position, which sustains a fifth up, in unison and an octave up—it’s this system that supplies O’Brien the power to coax synth-like sounds from his guitar. Alongside the Sustainer, the EOB is equipped with a Seymour Duncan JB Jr humbucker at the bridge and a Fender Texas Special single-coil in the middle.

Wiring the three pickups with a five-way switch gives O’Brien the flexibility to switch between traditional sounds and his trademark experimental tones without having to swap axes. “Ed’s goal was to create a tool of inspiration for players to discover new sounds and find their own voice on this instrument,” Fender said.

The Fender EOB Sustainer Stratocaster lists for $1,099. For more information, check out fender.com.