The Warp Drive is a delay pedal while the Tremulus Maximus is a tremolo/amplitude modulator. 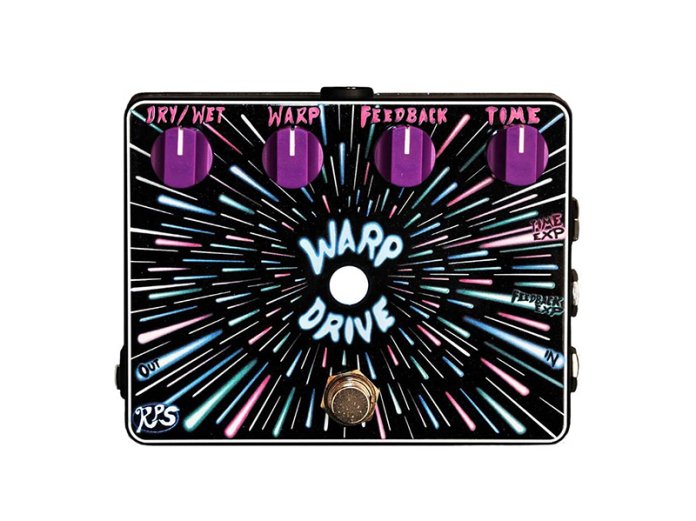 RPS Effects has released two analog pedals, the Warp Drive and the Tremulus Maximus, that are targeted at adventurous players.

The Warp Drive is a bucket brigade-style analog delay stompbox. It provides a warm, vintage feel, but also pushes the boundaries of its old-school technology, delivering up to 900 milliseconds of delay time. The pedal has four controls: “Wet/Dry,” “Feedback,” “Time” and “Warp.”

The latter is a handy feature that automatically modulates the repeats according to your playing. At low settings, you get a subtle pitch shift. And when it’s cranked up, you can dial in specific pitch intervals, adding a second note to your lines. With the “Wet/Dry” knob, you can completely cut out your clean signal. Couple the 100% wet mix with the “Warp” control, and you’ll be venturing through psychedelic vortexes.

Expression inputs for “Feedback” and “Time” round up the controls for the Warp Drive pedal.

Listen to the pedal in action here: 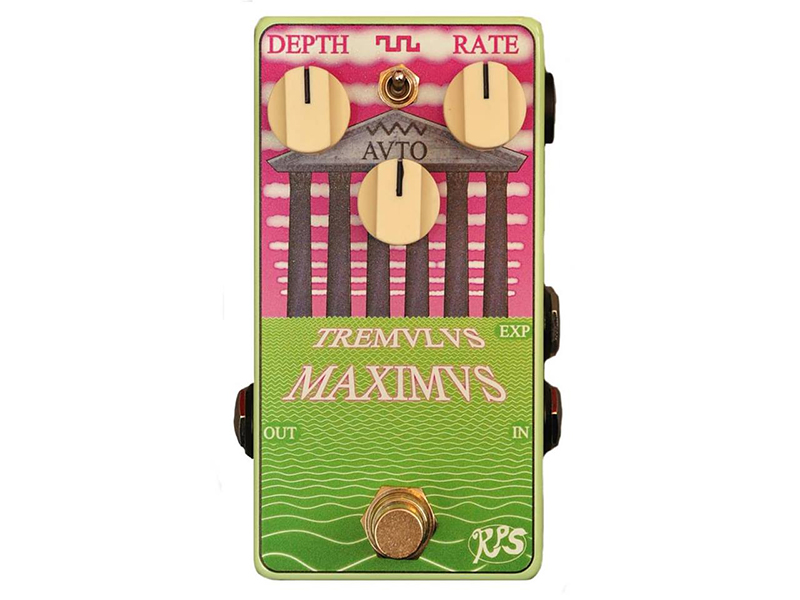 The Tremulus Maximus in an analog optical tremolo and amplitude modulator. The Doric-themed stompbox is a fairly simple one—there are only one two-way switch and three knobs to meddle with— but it allows for a multitude of sounds both tame and far-out.

The two-way switch lets you choose between triangle or square waveform modulation. The former provides a smoother sound whereas the latter is a slightly choppier. “Depth” and “Rate” are the other self-explanatory controls on the Tremulus Maximus. The latter, interestingly, spans from 2Hz to 600Hz—so the higher you go, the more ring modulated tones the pedal conjures. You can also hook up an expression pedal to control this parameter.

And then there’s the “Auto” dial. Similar to the Warp Drive, the Tremulus Maximus tracks your playing and slightly varies the modulated rate depending on the attack and decay of the note. The “Auto” dial simply sets the threshold and sensitivity of the tracking.

The Warp Drive lists for $299 while the Tremulus Maximus lists for $220. More information at rpseffects.com.