The new pedal from Taurus Amplification isn’t an effects unit per se—it takes your tone and elevates it. 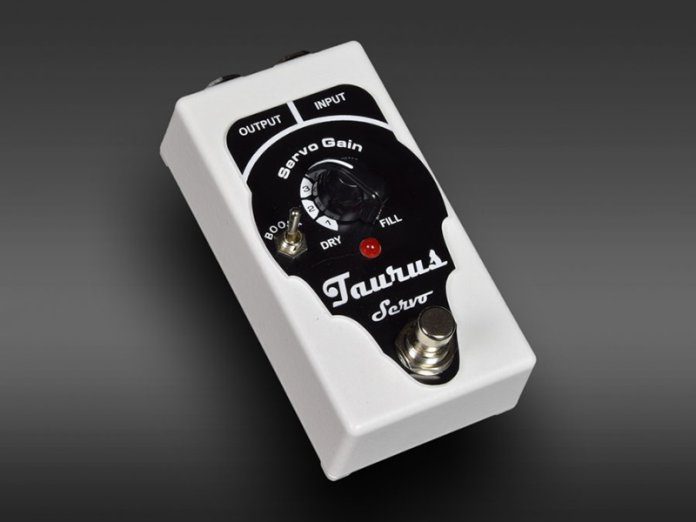 In the words of Taurus Amplification, its new Servo pedal “does not change the guitar sound properties.” Rather, the stompbox enhances the harmonics of the instrument’s signal, in effect saturating and enriching your tone.

There are only two controls: “Servo Gain” and a “Boost” switch. The former is a rotary knob that controls pretty much everything the pedal has to offer: saturation, brightness, resonance and sustain—but doesn’t touch anything else. “If a musician already has ‘his sound,’ the Servo does not interfere with its general characteristics but very gently complements it,” Taurus says, adding that you’ll probably only hear the difference when the unit isn’t activated.

The “Boost” switch, on the other hand, increases the output signal, giving your guitar more bite and snarl. But as Taurus warns, it’s best used on clean or light overdrive modes; any heavier and the pedal simply won’t work as well.

The Servo can be used with either analog or digital rigs—yes, that includes amp modeling gadgets and direct recording—and is designed to be the first pedal in your chain.

The Servo lists for EU157. For more information, check out taurus-amp.pl.