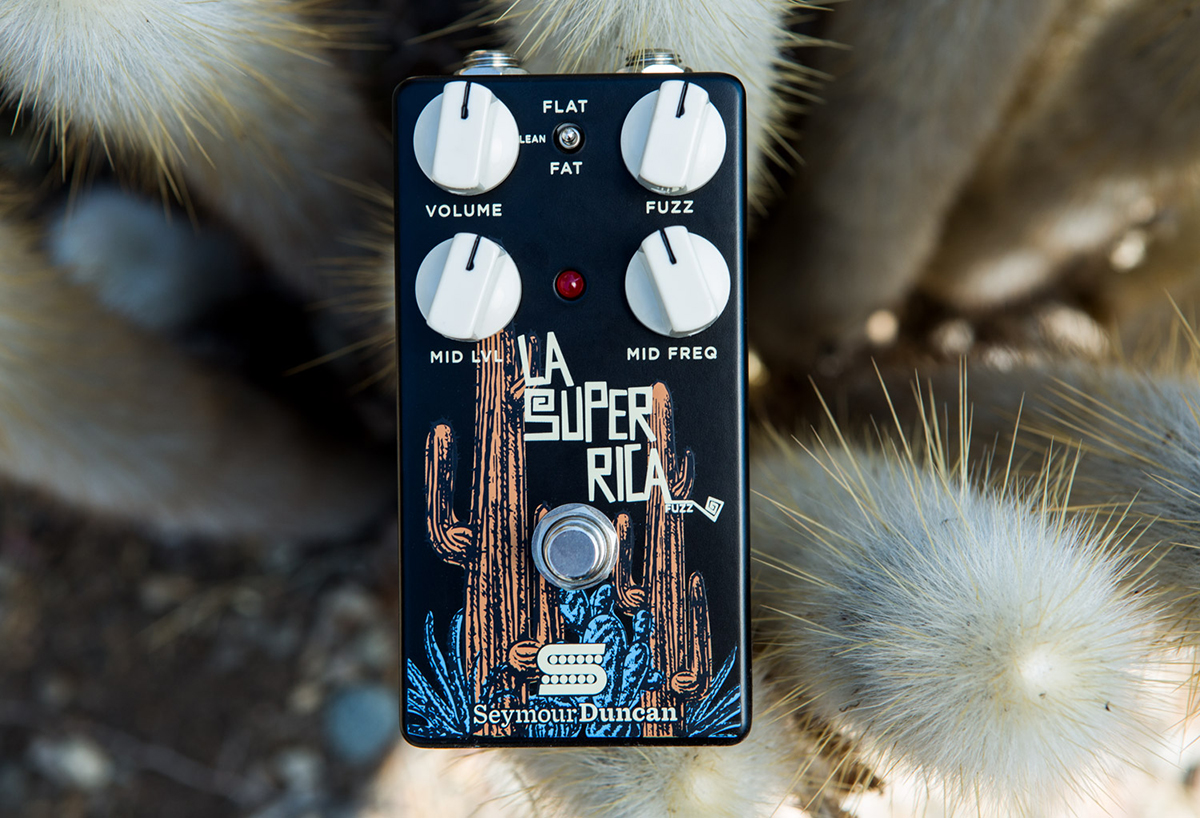 La Super Rica means “super rich”, and this silicon fuzz is just that. Inspired by iconic fuzz sounds, we built on the classic with a parametric midrange for maximum versatility.
We started with our favorite silicon fuzz circuit – you know, the one used by all your favorite guitar players from the sixties and seventies – and set out to see if we could improve on the classic. First we brought it up to modern standards by adding a true- bypass switch, an LED and a standard 9v power connection.

We also bumped up the overall volume of the pedal so that it would be easier to match levels with your amp and added a low-contour voicing switch with three settings – so whether you’re using single coils, humbuckers, or even a bass, La Super Rica can keep up. 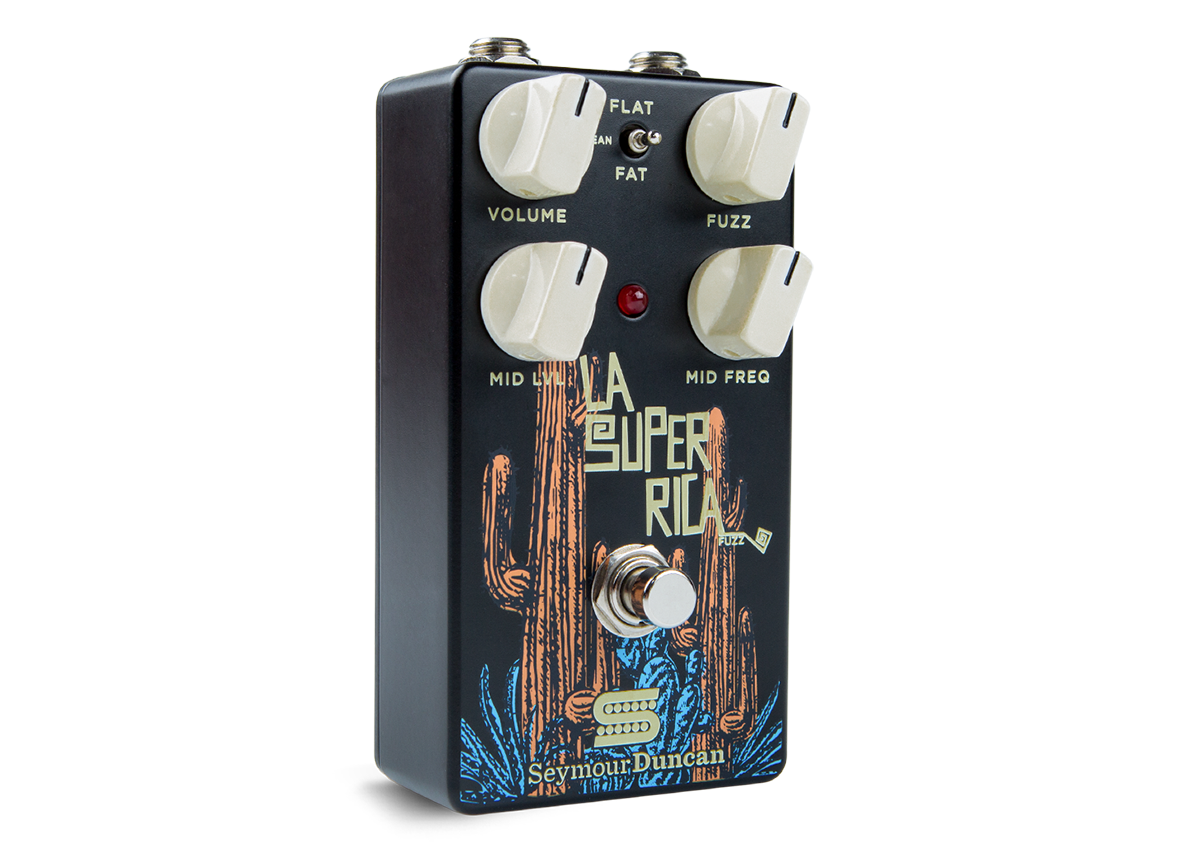 We could have stopped there, but we weren’t satisfied yet. What we wanted most was the ability to shape how La Super Rica sits in a mix. Many fuzz pedals don’t allow you to shape the mid-range, resulting in either a scooped sound that gets lost when you add bass and drums to the equation, or unpleasant frequencies that can lead to ear fatigue.

So, after some pondering, we added a parametric mid-range control so you can dial in as much (or as little) of exactly the right frequency to fit your mix.

The result is a super rich fuzz pedal that is as versatile as it is toneful – capable of reproducing the iconic sounds that inspired it, as well as a surprising array of other fuzz tones – from blues and psychedelic rock to desert rock and stoner metal. How you use it is up to you.