The Contemporary series is designed for players who want a modern sound, feel and look in their Strats and Teles. 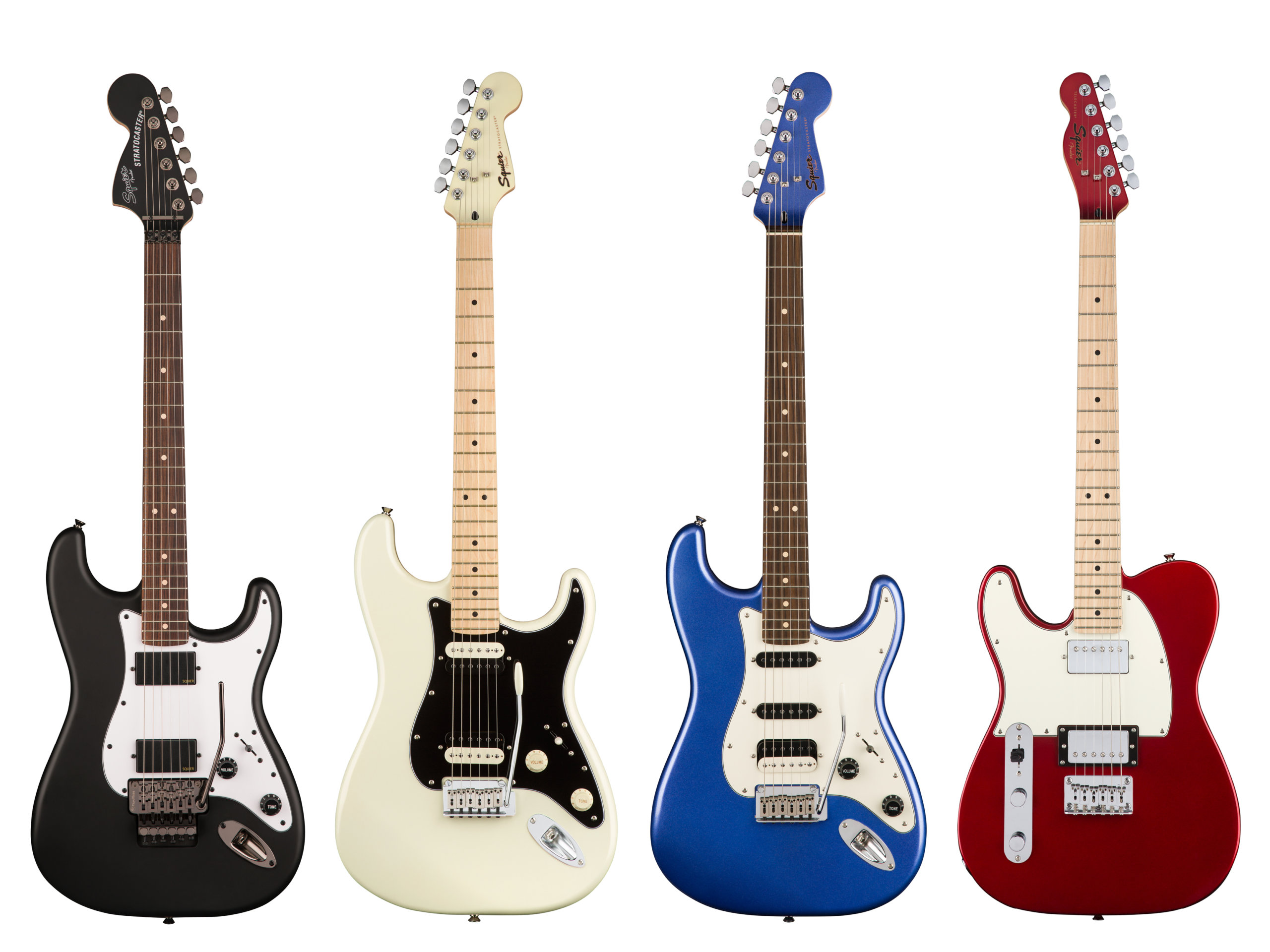 For the first time in several years, Squier has announced a new range of guitars: the aptly titled Contemporary series. True to the name, the six Stratocasters and Telecasters in this line-up have been updated for today’s guitar players—but without messing about too much with what made those models famous in the first place.

The guitars have many things in common. Each poplar-bodied guitar has jumbo frets, a slim “C”-shaped neck, and a 12-inch fretboard radius that allow for faster playing, as well as ceramic pickups for versatility. More details on each model here:

The Contemporary Active Stratocaster HH comes in Olympic White and Flat Black, and lists for $399.99.

Metallic finishes, dual ceramic humbuckers, zebra pickup bobbins and a matching headstock make this Strat quite unlike the one you dug out from your parents’ attic. Although the humbuckers on this model are passive, Squier said they’ll still be able to yield “powerful tones perfect for crunchy rhythms and soaring solos.” They’re also available in left-handed versions.

The Contemporary Stratocaster HH comes in Pearl White, Dark Metallic Red and Black Metallic, while the lefty version only comes in Black Metallic. Both list for $349.99.

Feature-wise, this model is identical to the previous one, except for its pickup configuration. While the bridge pickup remains the same as those in the HH, the ceramic single-coil neck and middle pickups, according to Squier, yield “crisp, clear and dynamically responsive character.” Oh, and this one isn’t available as a left-handed version.

The Contemporary Stratocaster HSS comes in Pearl White, Black Metallic and Ocean Blue, and lists for $349.99.

Like the Contemporary Strat HH, this Tele is equipped with dual humbuckers and a maple fretboard—except these pickups have chrome covers and the guitar has a fixed bridge. There’s also a lefty version for this guitar.

For more information, check out squierguitars.com.