Despite the recent controversy, the hair metal parody band went ahead and released the distortion pedal. 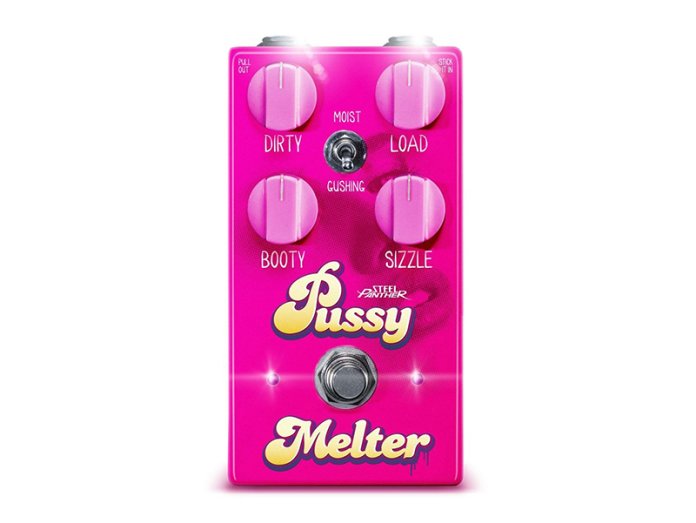 Satchel of hair metal parody band Steel Panther has stuck to his guns and released a limited-edition run of the Pussy Melter. It’s a distortion stompbox that borrows its name from a TonePrint he had created in collaboration with TC Electronic.

You’ll remember the name from the recent controversy, in which many musicians roundly criticized the Danish brand for its misogynistic marketing copy. TC Electronic subsequently discontinued the effect before re-releasing it under a new moniker, Repeat Offender. But despite that, Satchel went ahead and released a distortion pedal—a physical one—with the same name.

Everything about this pedal is suggestive. The four knobs are labeled “Dirty,” “Booty,” “Load” and “Sizzle.” The first knob, as described by Satchel in a video demo, is akin to “having a dirty channel on an amp.” “Booty” provides, as you would expect, more low end. “Sizzle” delivers high end, and, finally, “Load” tweaks the volume. There are also two switchable modes, “Moist” and “Gushing.” They’re essentially two gain modes: The former is more identifiably ‘classic rock,’ while the latter cranks up the gain.

The Pussy Melter lists for $199.99, and is available for pre-order until October 1. More information at steelpantherrocks.com.