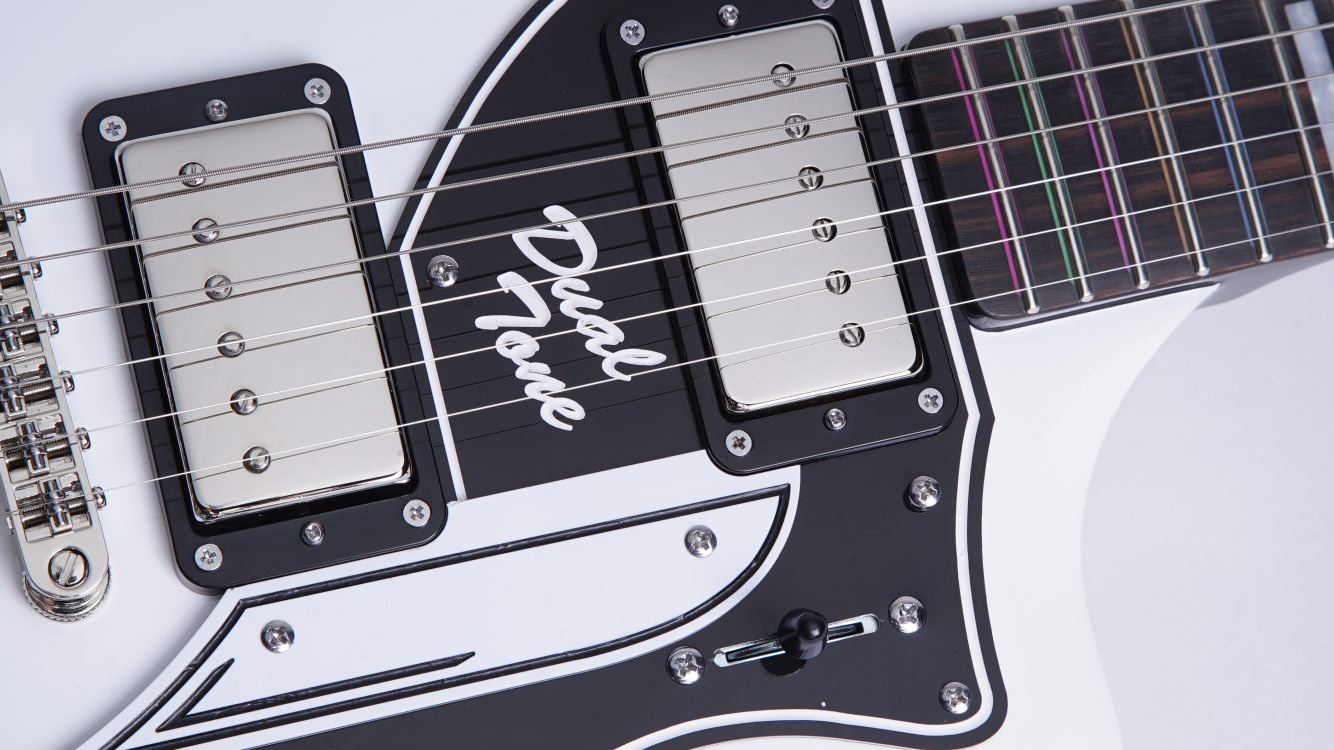 When David Bowie bought his first ’60s-era Supro Dual Tone off eBay, it was love at first sight. According to his guitarist at the time, Bowie liked the guitar’s vibe and sound so much that he brought it to Supro’s master luthier for modifications, took it with him on a world tour, and even made it the cover star of his 2003 single “New Killer Star.” And now, thanks to the folks at Supro, fans of the Thin White Duke can own his version of the Dual Tone.

The David Bowie Limited Edition Dual Tone has many of the mods that Bowie had requested for, and then some. These include a Bigsby vibrato, rainbow-colored fret markers, an ergonomic tummy cut on its alder body, and a pair of period-correct Vista-Tone pickups, which can be described as a cross between a P-90 and a Strat’s single-coil tone. And as a finishing touch, a mirror-finish Bowie lightning bolt insignia on the headstock adds (Ziggy) stardust to the instrument.

For more information, check out suprousa.com.