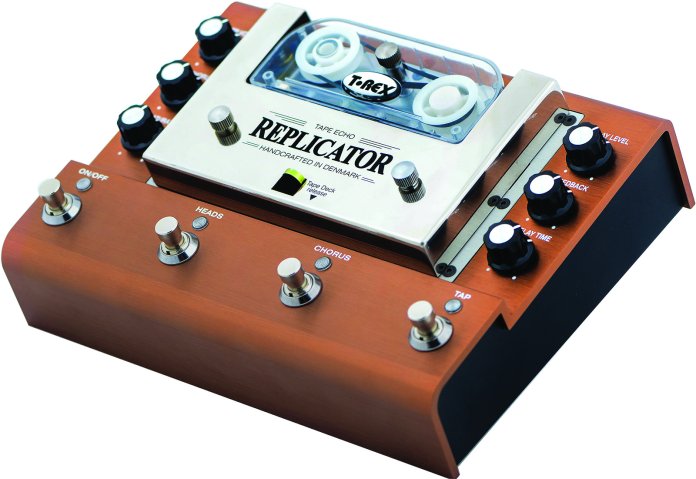 “Sebastian [T-Rex co-founder Sebastian Jensen] and I have managed to get back the rights and content, so we are back at full speed,” he told us via email today, before confirming that a full statement would be forthcoming in the coming days.

The company’s most recent annual report, which was published in December, stated that, “there is significant uncertainty that can raise significant doubts about the company’s ability to continue operating,” which sadly appears to have come to pass.

T-Rex was founded in 1996 by Lars Dahl-Jorgensen and Sebastian Jensen, and soon became one of the darlings of the early boutique effects scene, gaining worldwide notoriety for the Alberta overdrive, Mudhoney distortion and most famously the Replica digital delay.

The latter’s wonderfully authentic digital recreations of classic tape echo sounds meant it found its way onto the boards of everyone from David Gilmour to John Mayer, not to mention thousands of tonehounds all over the world.

The company’s other significant contribution to the effects world was the Fuel Tank range of high-end power supplies, which continue to be a popular sight on pro and amateur pedalboards to this day.

At press time, T-Rex has not released an official comment on the bankruptcy filing, or what the future holds for the company’s eight staff.