Paul Talbot is often cited as one of the world’s leading exponents of a graphic tattoo style that inspired a whole scene. He also loves guitars… 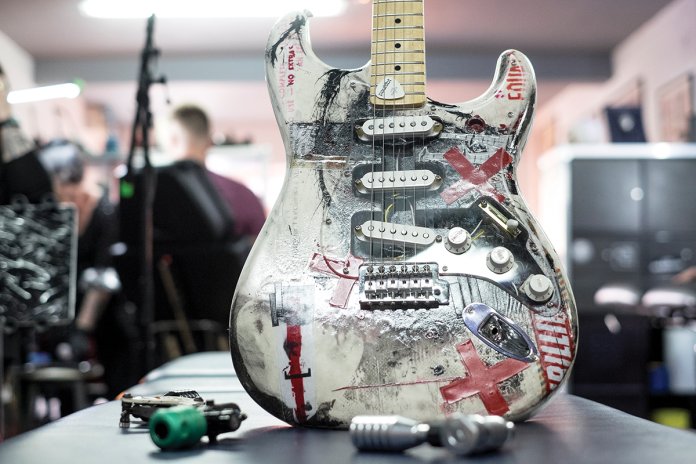 Tattoos and rock ’n’ roll go together like apple pie and ice cream, and this is especially true for tattoo artist Paul Talbot. Based in a studio about 10 miles south west of Birmingham in the Worcestershire village of Catshill, Talbot describes his style as “karma punk collages on human skin,” and he agrees enthusiastically when we remark that his work looks like pop art dragged through a dirty rehearsal room.

After a four-day stint in an art college that he hated, the affable Talbot found himself in a band with a record deal, but the need to pay the bills resulted in a job as a gardener in a recording studio. “I was the worst gardener in the world ’cause I suffered from hayfever, but I was good at making tea and curling up mic leads,” he laughs when explaining his first steps into a career that saw him making radio jingles and working his way up the ladder to full-blown record production. 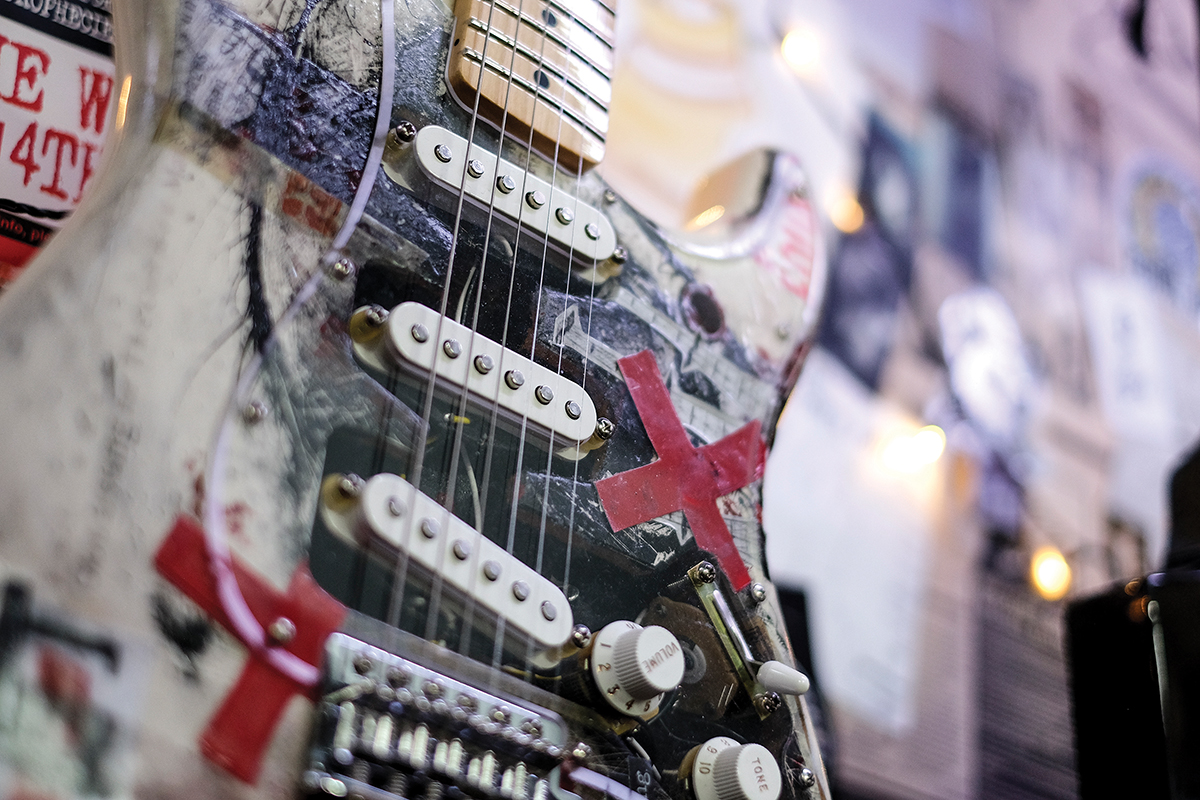 All the while his band Yeah God! continued, but touring with Pop Will Eat Itself and encountering The Designers Republic was the inspiration that eventually led to a career in graphic design. “The tattooing thing was always present but never really came to the fore because I never saw anything that really spoke to me at all, other than the hooligan aspect,” he recalls.

That all changed when he encountered a piece in a magazine on a small scene of avant-garde, graphic tattoo artists. “They were mostly hated by the world of tattooing, which instantly told me it was something good,” he remembers. Finding a style that resonated with the iconography of his musical influences and experiences was the catalyst for Paul to set up his own tattoo studio, and he’s never looked back…

Visit www.paultlbt.com to find out more. 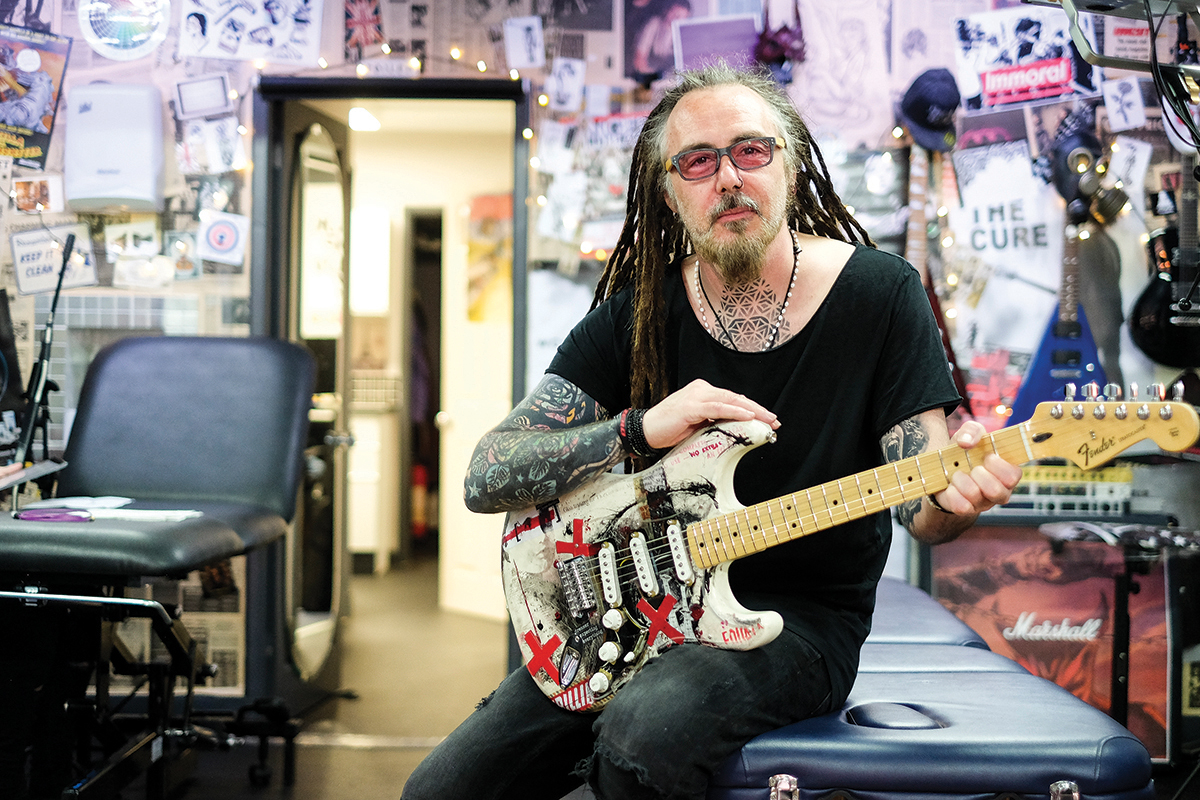 It’s no exaggeration to call this competition prize a one-off. Paul approached the custom paint job exactly as he would a tattoo. “I was a much better mix engineer than I ever was a player,” he says. “That’s kind of like collage in music, making something new from disparate elements. This isn’t the Sistine Chapel, it’s brutalist and it wants to be a little bit destructive and aggressive.”

To be in with a chance of winning this Stratocaster with Paul’s custom artwork, click here and answer the following question.

To be in with a chance of winning, simply submit your answer and details using the form above. By ticking the newsletter box you will be automatically be added to The Guitar Magazine email newsletter list, keeping you informed of news, special offers and promotions via email. Anthem Publishing will not pass on customer email addresses to other companies. You may unsubscribe from these messages at any time. The editors decision is final. The competition is open to UK residents only. Winners will be notified by email and will have five days to claim their prize before it is passed on to the runner-up. The full competition T&Cs can be found here on the Anthem Publishing website.Closing date 20th September 2018.