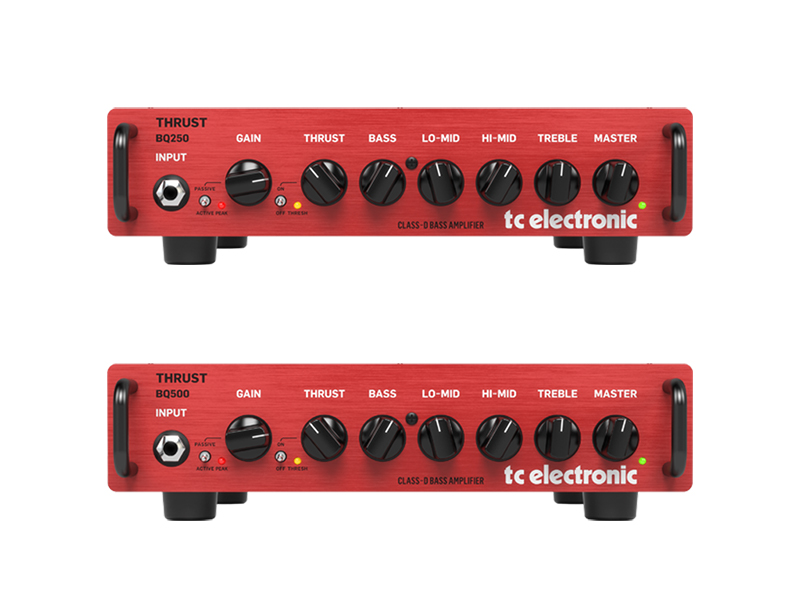 TC Electronic has pulled the curtains off two bass amp heads, the BQ250 and the BQ500, and they are the embodiment of the adage “bang for the buck.” Both are extremely portable, emulate tube amps, provide either 250 or 500 watts, and, crucially, are light on the wallet. Here are more details:

If you’re a fan of tube amps, you’re in luck. Both the BQ250 and BQ500 pack efficient Class D circuits that include a high-voltage MOSFET preamp, emulating the cherished tone of a tube amp. Pair this with a four-band EQ (“Bass,” “Lo-Mid,” “High-Mid,” “Treble”), and you have the freedom to tweak your tone to your liking.

A “Thrust” knob manages the compressor circuit, increasing punchiness and picking up on your playing nuances so nothing gets lost. Other controls include a “Gain” and a “Master Volume” knob, as well as a “Passive/Active” switch to match to your instrument.

These heads are designed for the bass players that don’t have time for the superfluous. They can handle anything from jamming with the band, to recording at the studio, to rocking out at a gig.

Each amp has a balanced XLR output that you can route either pre- or post-EQ, as well as an in-built studio-quality headphone amp with speaker emulation thrown in.

The BQ250 and the BQ500 weigh 4.9 and 5.1 pounds, respectively, so you slipping them into a messenger bag for transport is not out of the question.

Listen to the amps here: