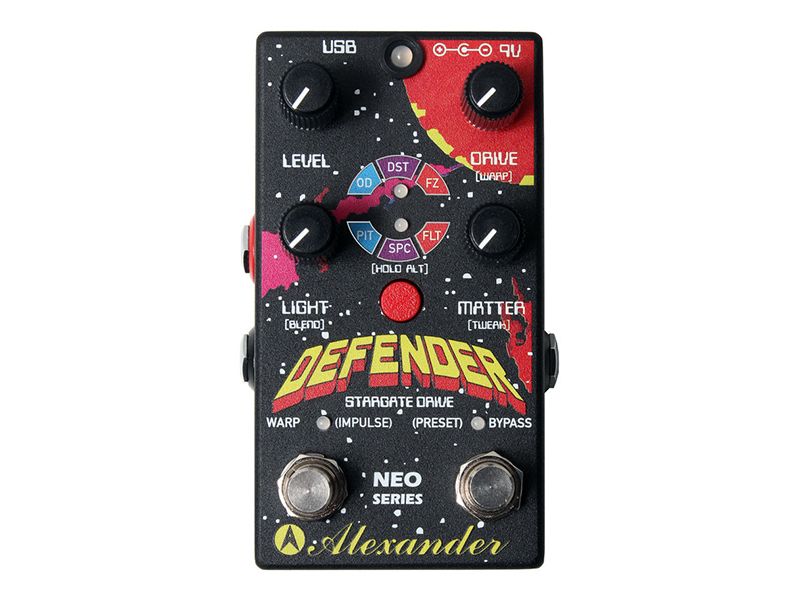 The Defender effectively lets you build your own weird, clipped tones from several built-in modes. First, pick your ‘main’ effect—OD, distortion or fuzz—then layer on either an octave shift, modulated delay or a low-pass filter, giving you a total of nine basic tones. You can tweak one parameter, such as delay time, on each ‘sub-effect,’ too.

And then there’s the Warp footswitch to really take things to outer space. Hit it, and the Defender will gradually shift from its current effect to a second setting of your choice; you can also set the time, up to ten seconds, it takes for the transformation to complete. But hold the footswitch and you’ll enter Impulse mode, which immediately (but only temporarily) engages the second setting.

Save up to four presets on the Defender, but hook up a MIDI controller and it’ll grant you an addition 12 presets along with the ability to control all of the pedal’s functions.

The Defender lists for $199.99. For more information, check out alexanderpedals.com.