The March 2020 issue of Guitar Magazine is out now!

The best new guitars, amps, pedals and more from NAMM 2020.

As another NAMM Show disappears in the rearview, those of us who were there (man) can vouch for fact that the Anaheim air was crackling with an overriding sense of positivity. As you’ll find throughout this issue, the guitar highlights were abundant, not least in the shape of Gibson’s huge presence at the show, with everything from the redesigned Epiphone headstock to Slash and Don Felder’s performance of Hotel California getting heads nodding and tongues wagging.

Read our interview with the GN’R legend and find out what we think of his new signature Les Paul and J-45 in our huge cover feature, in which Gibson CMO Cesar Gueikian also discusses that ‘Play Authentic’ video and how the past 12 months have seen the company rebuild, recover and get its mojo back. Even most of the brand’s competitors seem to agree that a strong Gibson is good for the industry, and on the evidence provided by the guitars on the show floor, it’s good for guitar fans, too.

It wasn’t all about Gibson, though, and neither is this month’s mag – we visit Taylor’s Master Guitar Designer Andy Powers at his home workshop just up the coast from San Diego to gain insights into a range of new instruments that combine innovation with a thoughtful approach to sustainability.

Don’t forget to head to Guitar.com for even more guitar goodness and more than
80 great videos from NAMM. Like and subscribe if you enjoy what you see and if you comment… be nice! See you next month. 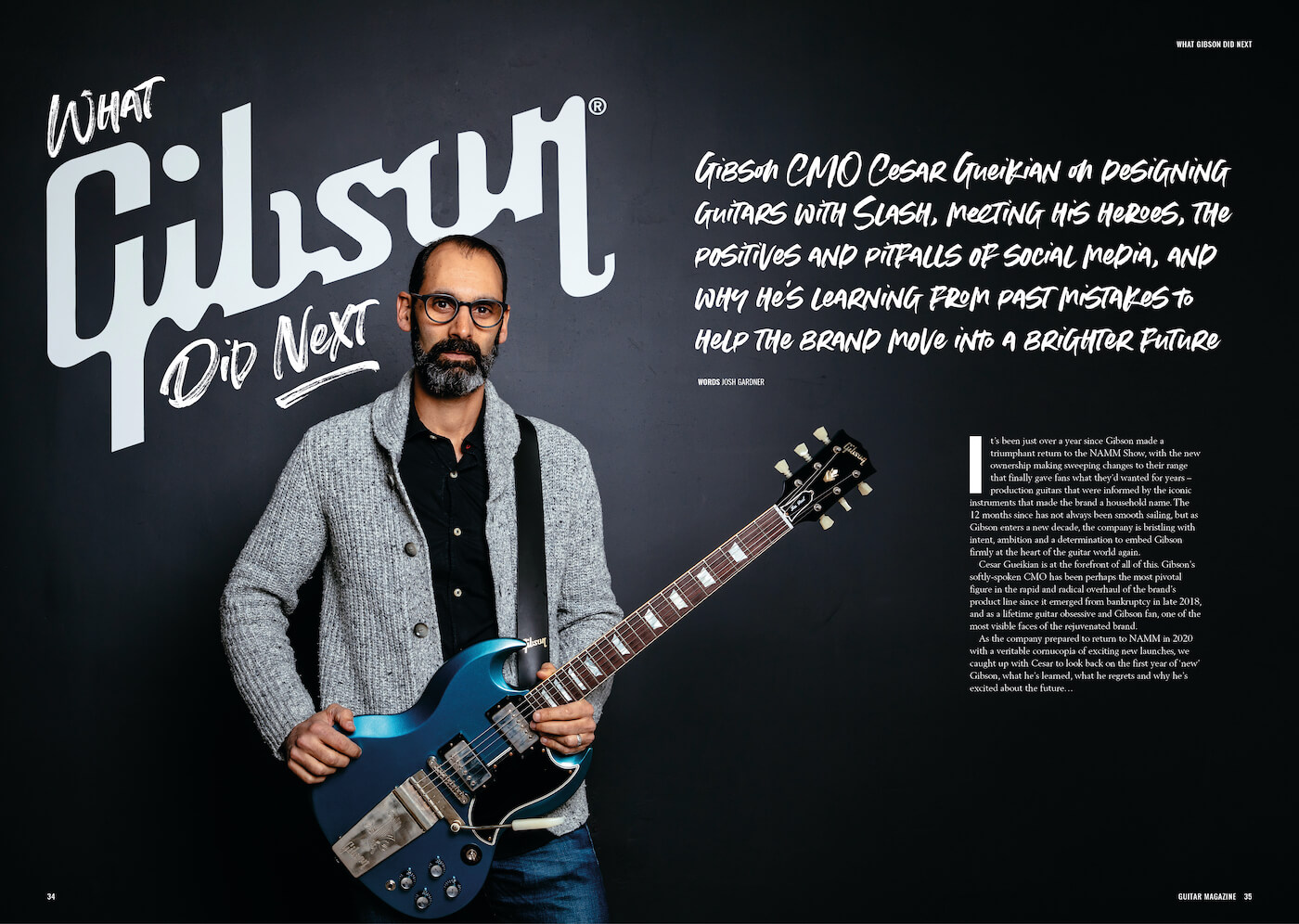 Gibson CMO Cesar Gueikian on designing guitars with Slash, meeting his heroes, the positives and pitfalls of social media, and why he’s learning from past mistakes to help the brand move into a brighter future. 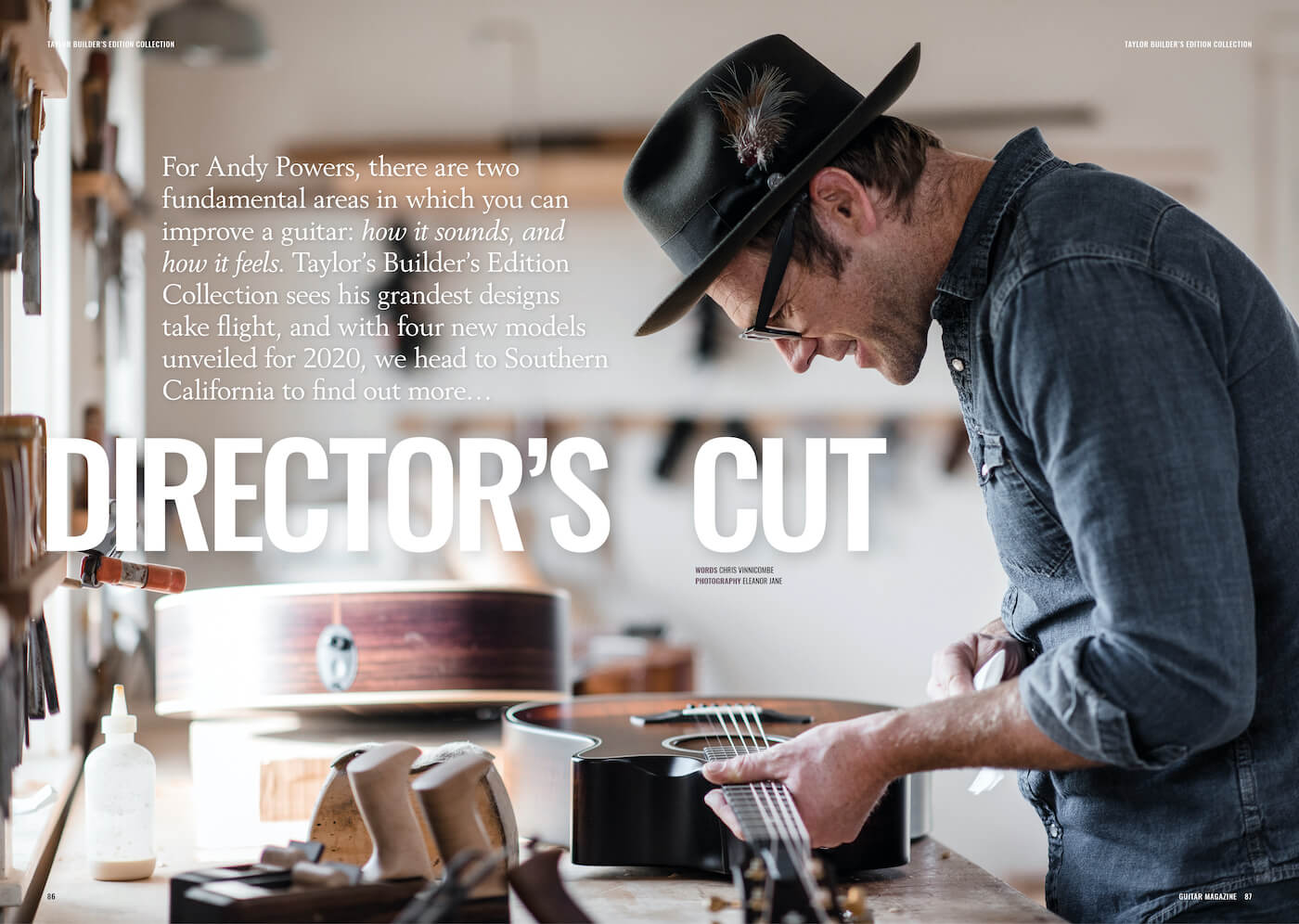 For Andy Powers, there are two fundamental areas in which you can improve a guitar: how it sounds, and how it feels. Taylor’s Builder’s Edition Collection sees his grandest designs take flight, and with four new models unveiled for 2020, we head to Southern California to find out more.