In this issue: what it means to be a modern guitarist, Tame Impala's Kevin Parker looks back at his seminal debut record, and why Teenage Fanclub are feeling stronger than ever. 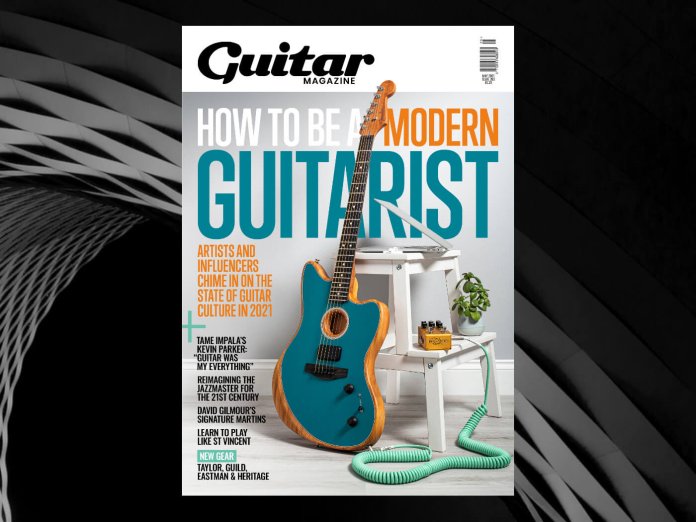 For many of us, the past 12 months have meant adapting to a life without gigs and in-person rehearsals, finding ways to collaborate with bandmates remotely and reworking our rigs for direct recording and low-volume settings. I, for one, cannot wait to get back into a sweaty rehearsal room with a drummer and turn my amp up loud.

However, the notion of what it means to be a modern guitarist is much more existential than that, so we rounded up a panel of artists, makers and influencers to ask them what they think about the state of guitar culture in 2021. Their answers are fascinating, entertaining and thought-provoking, and you can read what they had to say in this month’s cover feature.

With the tantalising prospect of live music returning this summer, this issue’s artist interview line-up feels, quite accidentally, like we’ve assembled the fantasy festival bill of my dreams. Taking place over two days (I’m too old and tired to recreate the five-day Glastonbury marathons of my teens and twenties) and featuring two headline acts, Tame Impala’s swirling psychedelic daydreams and Teenage Fanclub’s blissful harmonies and frayed guitar lines would do very nicely indeed. Back in the real world, read what Tame Impala polymath Kevin Parker and Teenage Fanclub’s legendary guitar duo Raymond McGinley and Norman Blake had to say when we caught up with them on pages 20 and 30 respectively.

That’s it from me until next month – enjoy the mag and head to Guitar.com for your daily dose of guitar news, reviews, features and tutorials. 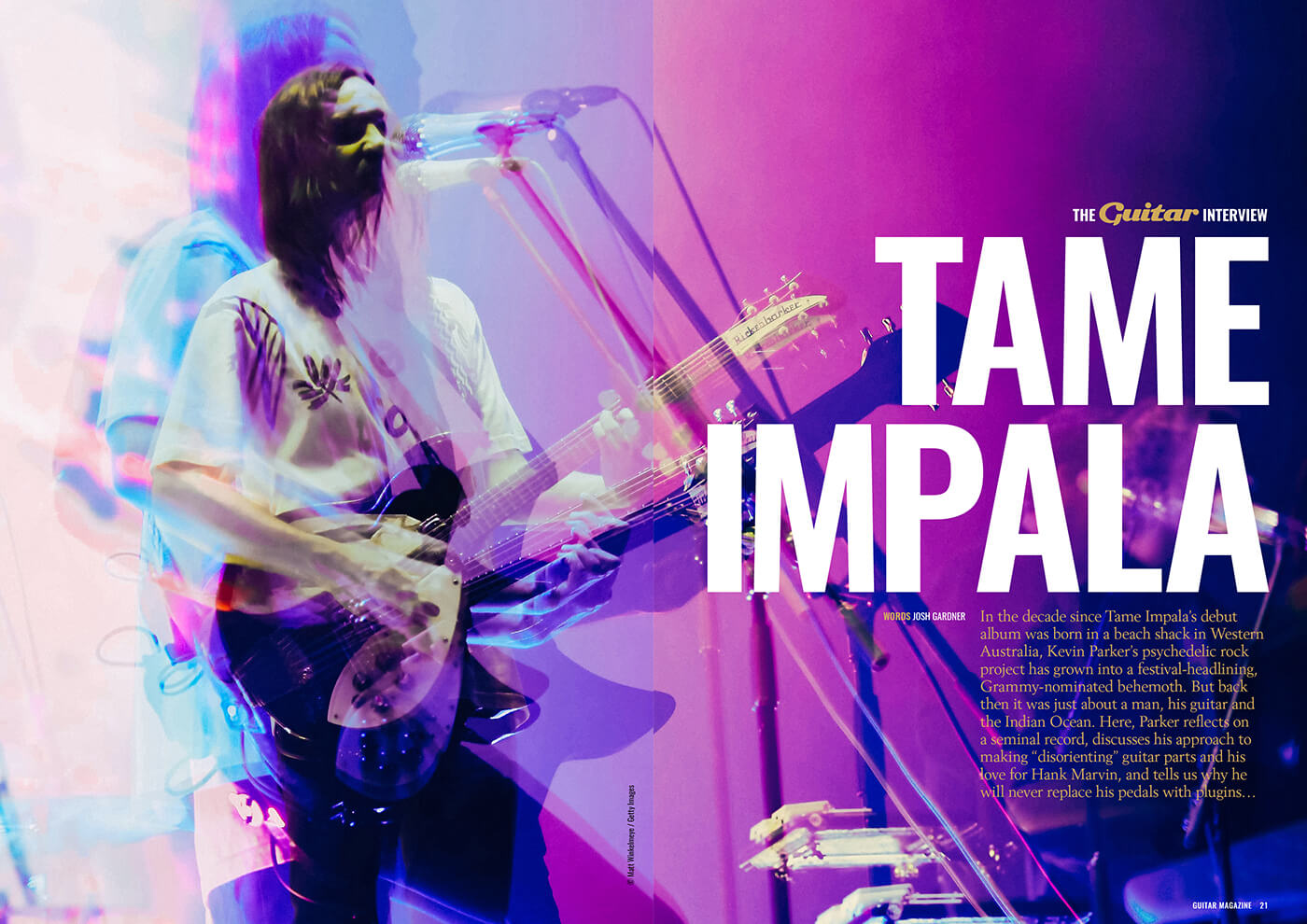 In the decade since Tame Impala’s debut album was born in a beach shack in Western Australia, Kevin Parker’s psychedelic rock project has grown into a festival-headlining, Grammy-nominated behemoth. But back then it was just about a man, his guitar and the Indian Ocean. Here, Parker reflects on a seminal record, discusses his approach to making “disorienting” guitar parts and his love for Hank Marvin, and tells us why he will never replace his pedals with plugins. 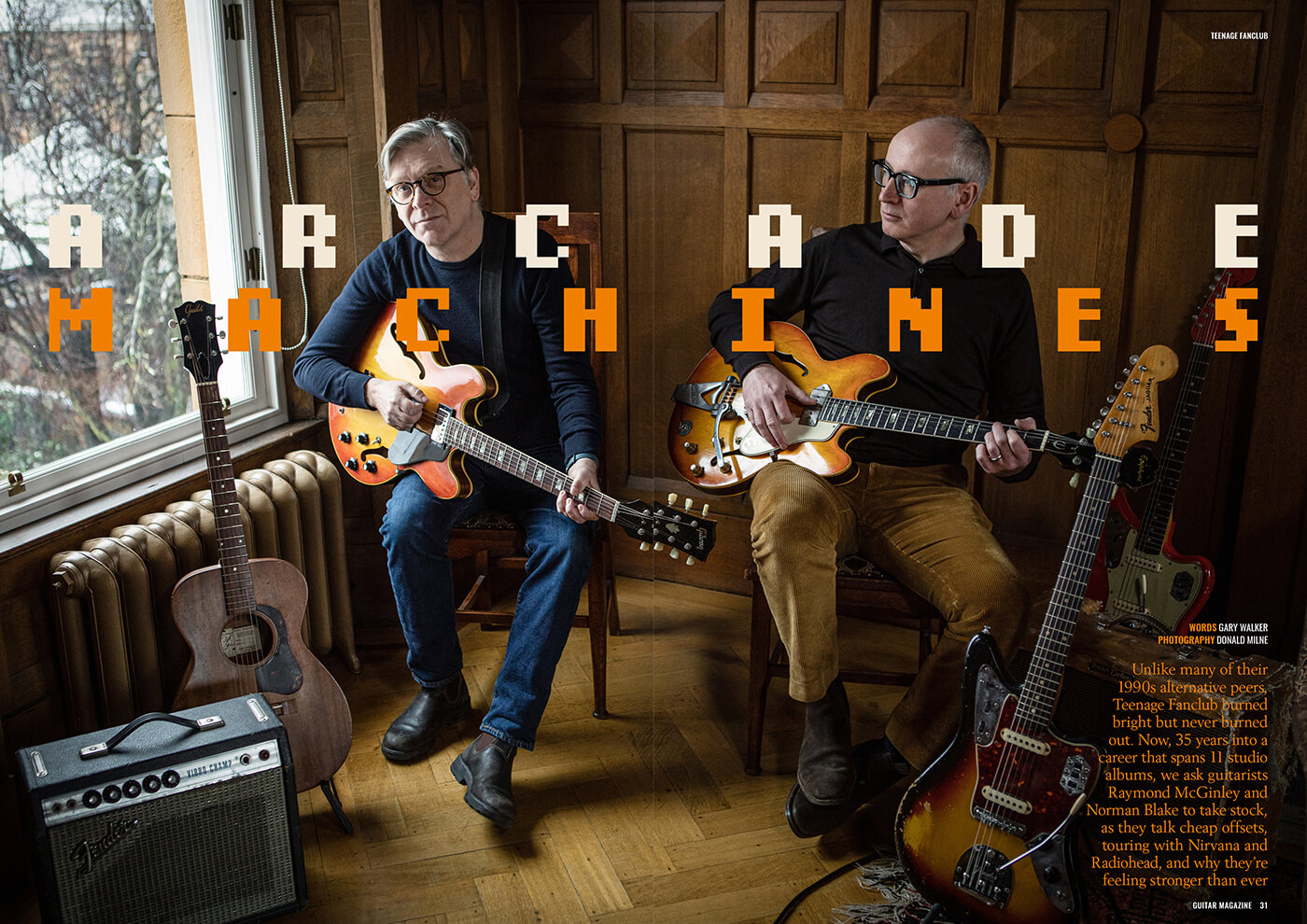 Unlike many of their 1990s alternative peers, Teenage Fanclub burned bright but never burned out. Now, 35 years into a career that spans 11 studio albums, we ask guitarists Raymond McGinley and Norman Blake to take stock, as they talk cheap offsets, touring with Nirvana and Radiohead, and why they’re feeling stronger than ever.