The Phonkify is an octave wah while the Galactic is a juiced-up multi-modulation pedal. 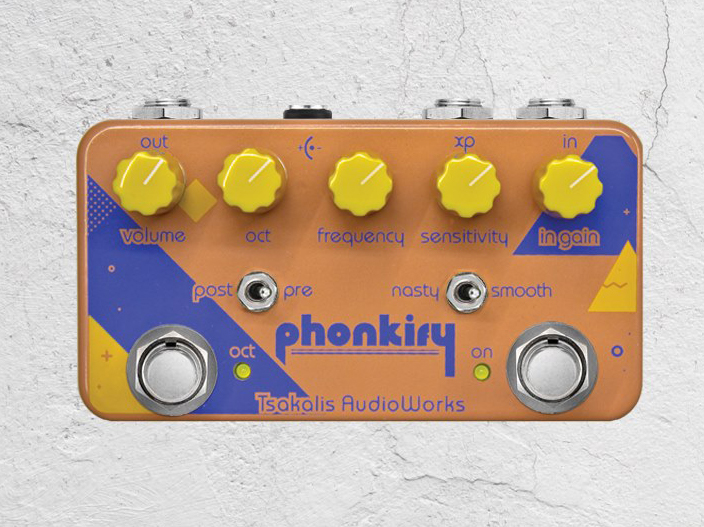 First seen at Winter NAMM 2018, the Phonkify and Galactic pedals have been released by their Greek pedal builders, Tsakalis Audioworks. The Phonkify is a wah pedal that has octave functionality, while the Galactic is a multi-modulation pedal that draws from five basic modulation effects and combines them to create new sounds.

The Phonkify was inspired by ’60s and ’70s funk and soul, and boasts a host of features to enhance versatility.

Pick between a fluid or gritty envelope filter mode, then layer either higher or lower octaves onto your sound. With the “Past/Pre” switch, you can also choose the order in which the octave comes into play: either before or after the filter. For even more control, plug in an expression pedal. That allows you to use the Phonkify like a regular foot-controlled wah pedal or to control the frequency ranges of the envelope and wah effects. 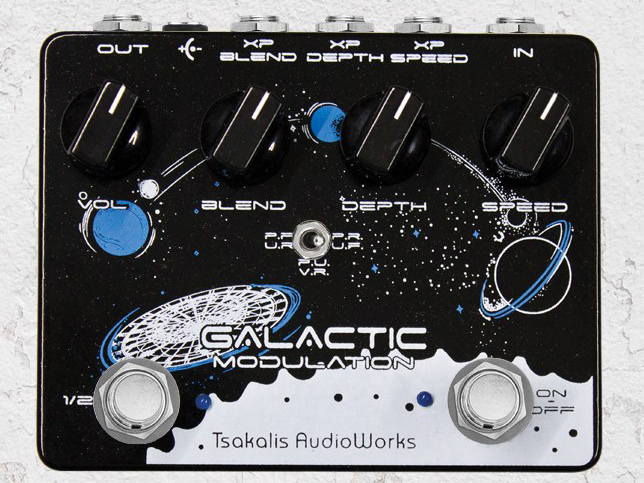 The Galactic is a multi-modulation pedal that draws from five effects: phaser, UniVibe, vibrato, rotary and flanger. Each of these can be selected and engaged individually, but the Galactic has more up its sleeves.

Choose from six different pairs of effects—each a combination of two of the five basic effects—using the three-way toggle switch and the “1/2” footswitch. These ‘hybrid’ effects range from a phaser-flanger to a UniVibe-rotary to a vibrato-rotary. To engage each effect individually, simply select one of the six effects pairs and turn the “Blend” knob either all the way down or up, depending on the effect you want.

The more familiar “Vol,” “Blend,” “Depth” and “Speed” knobs allow you to tweak your tone to taste. And three expression jacks let you hook up a foot pedal to control the latter three parameters.

Watch these videos to find out more: