Victory has unveiled new two new amplifiers for 2018; the V30 The Countess MkII and the VX100 The Super Kraken. Here's all you need to know from Victory… 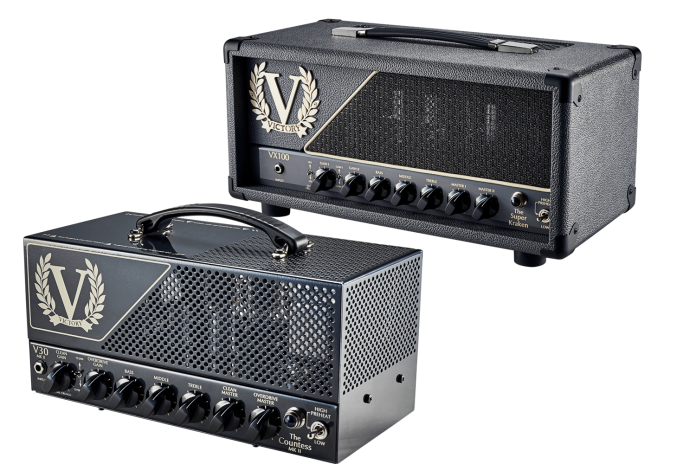 *Update: The Victory VX100 The Super Kraken is now available for purchase. Check out Victory’s video demo below.

Victory Amplification from the UK proudly announces V30 The Countess MKII a 42-watt, two-channel, three-mode, all-valve guitar amplifier. V30MKII is evolved from – and replaces – Victory’s first ever Compact Series head that was developed with the help of Guthrie Govan in 2013. Guthrie has, of course, had input to this one too!

The original V30 has very distinct clean and overdrive channels. There is massive headroom and clarity in the former, with a ton of heavy rocking overdrive in the latter. With V30MKII, we’ve added an extra footswitchable crunch mode to the clean channel – developed for V130 The Super Countess – that offers a whole new palette of pushed clean, crunch and light overdrive tones. 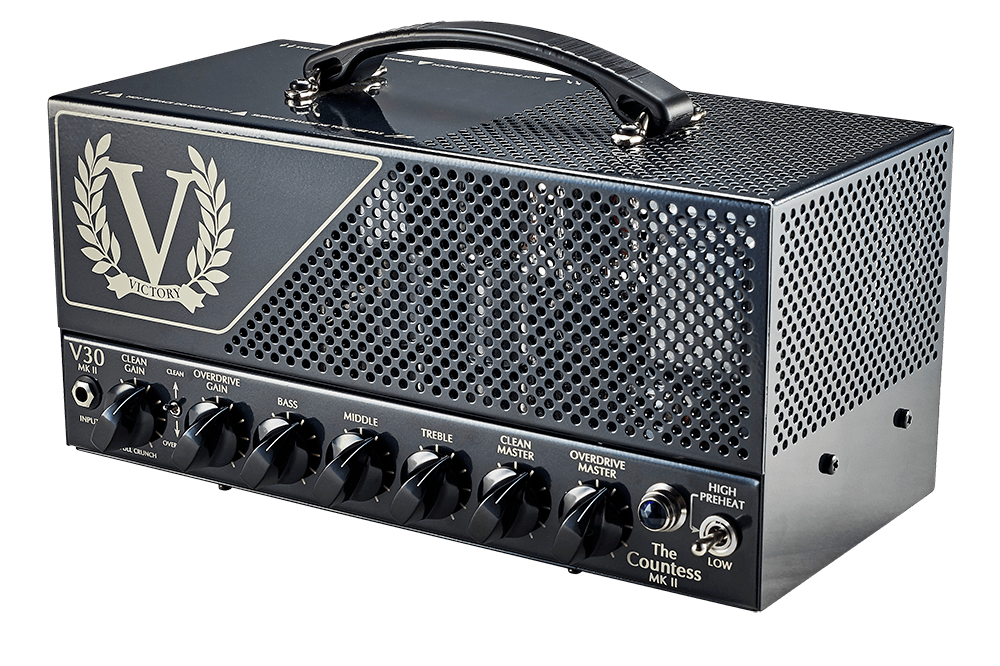 In addition, the power section now features a footswitchable ‘Nomod’ function to tighten up the bass resonance that some V30 users found a little thick at times. However, Guthrie Govan loves the sound of the original voicing, so the ‘Nomod’ switch – geddit, ‘no modification’ – enables you to choose either option: original or tight. We made ‘Nomod’ footswitchable to further increase the V30MKII’s versatility.

V30MKII has also been updated with external bias test and adjustment points which means no more fiddling around inside the amp when changing power valves. The skeletonised metal chassis is now finished in a super cool black chrome powder coat, protected by an included padded carry bag. Like its predecessor, there is a low-power mode accessible from the front-panel power switch that drops the output to around 7 watts RMS. You can choose to run either two 6L6 or two EL34 power valves for subtle differences in tone and response, and of course, there is a series effects loop too.

Check out a full demo of the amp below:

Our Compact Series VX The Kraken defined a new standard in hard rock, metal, progressive and extended range tones when it launched in 2016. Half hot-rodded British drive machine and half mid-pushed American grind monster, it’s diminutive stature belies the giant tones that now fill stages the world over, not least via the music of Rabea Massaad, our great friend and collaborator who helped bring it to life. 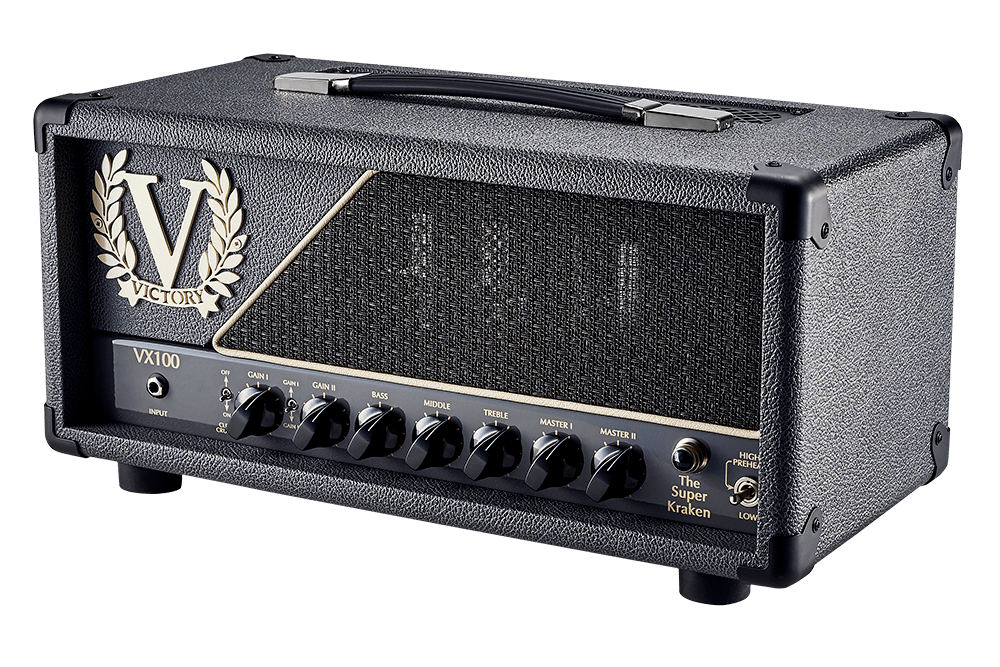 For 2018 however, The Kraken morphs into an even more powerful beast via 100 massive watts of 6L6 power. You still get the Brit-inspired Gain I channel. You still get the colossal smack of Gain II’s US grind… but now there’s a whole new footswitchable clean mode, plus a footswitchable Preamp Focus function to add a little juice and cut to any and all modes. Think of it like a TS-style boost/EQ shaper. There’s also a preset Bass Focus option in the power section, footswitchable FX loop, assignable/footswitchable dual masters, full MIDI switching capability (not shown in these images), plus a useful 30-watt low-power mode.

VX100 has external bias test and adjustment points which means no more fiddling around inside the amp when changing power valves. It’s swathed in grey vinyl to match the V212VG cabinet with which it forms an imposing yet portable half stack.

Legend has it that VX The Kraken is easily enough guitar amp for most mortals. Yet there are those who seek extra versatility, even more headroom and truly the power to stop all beasts, mythical or otherwise. Release VX100 The Super Kraken, say we!

Check out an official demo of the amp below:

For further information, head to the victoryamps.com.