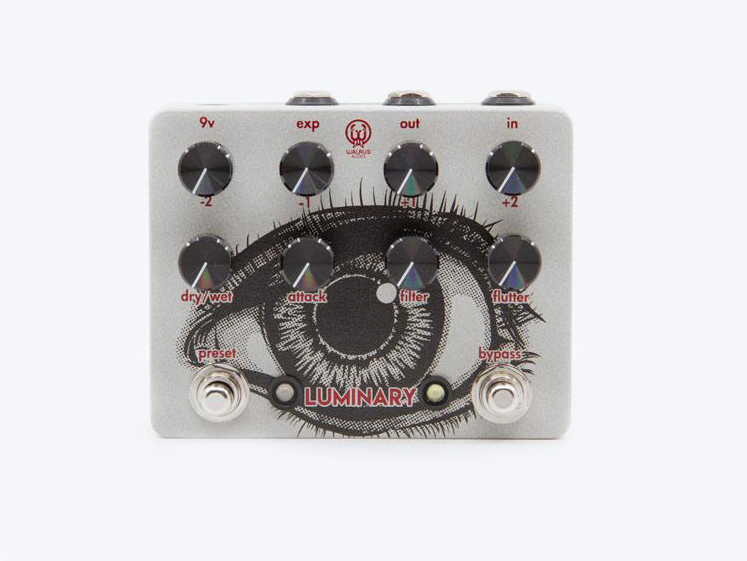 Walrus Audio has upgraded its popular Luminary Quad Octave Generator. The new version of the pedal, the Luminary V2, features a bunch of upgrades and tweaks to tone, versatility and cosmetics—but it’s the same monster of an octave pedal.

The Luminary Quad Octave Generators—both V1 and V2—are polyphonic octave generators that give you full volume control over four octaves (a maximum of two up and two down). You can blend and mix the octaves any way you wish, then dial in more experimental sounds via the “Filter,” “Flutter” and “Attack” knobs. You can even hook up an expression pedal and assign it to these parameters.

The Mach 2 version, however, sports a series of enhancements. The range for the attack time of the octaves has been increased, the low-pass filter has been revised, and the “Flutter” knob now adds a tremolo effect. And you can’t miss the new artwork, designed by illustrator Adam Forster, on the enclosure. According to Walrus Audio, it’s “an updated version of a dystopian dictator’s watchful eye.”

Watch a demo of the original Luminary below:

The Luminary V2 lists for $319 and will ship on April 24. For more information, check out walrusaudio.com.