The My Bloody Valentine guitarist recalls the pivotal moments in creating the band’s sound. 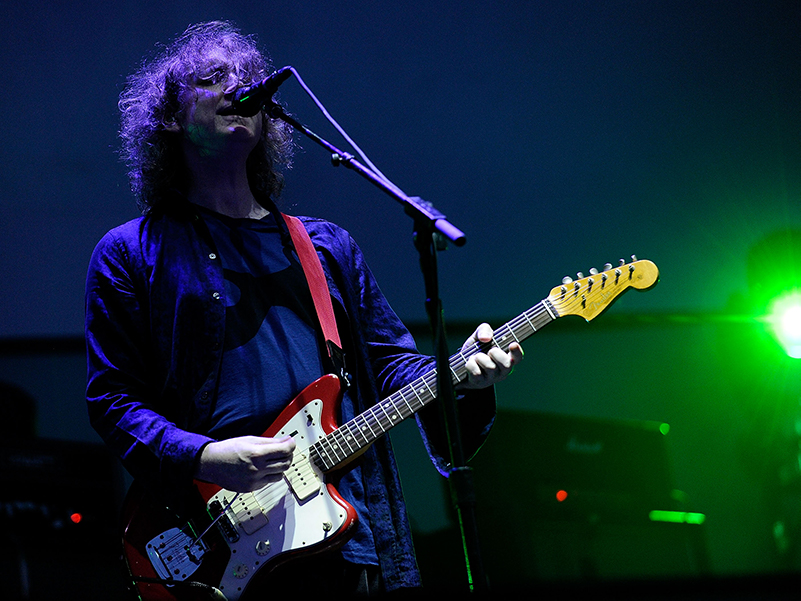 A week after launching a video to celebrate the Jazzmaster’s 60th anniversary this year, Fender has released part two—and Kevin Shields is back in the hot seat.

In the clip, the My Bloody Valentine guitarist focuses on the experimental sounds that had led to the band’s evolution. And it involves cows.

“I do remember a particular moment when I first started using [the Jazzmaster], it was just some new thing,” he says. “But a few months later we were in a studio in Wales, in the countryside, and I was bending down, making all these animal noises. And all the cows came up. The cows were like ‘We like this. What is this?’ and like paid homage to what was happening. As representatives of nature, the cows went ‘Good.’ It’s true.”

Shields goes on to talk about how the band started out by creating “weird” backing tapes before progressing into garage rock, drawing influence from bands like The Cramps. The real turning point, however, was when they began tinkering with their gear to create “a 360-ish space but darker,” according to the 55-year-old.

If you’ve ever wondered why MBV’s guitars always sound so different, Shields shares that at some point while working on Loveless, they realized the guitar needn’t sound like a guitar.

Oh, and here’s an easter egg for you: The track you hear droning in the background at the end of the video is the band’s latest—yet unreleased—single.