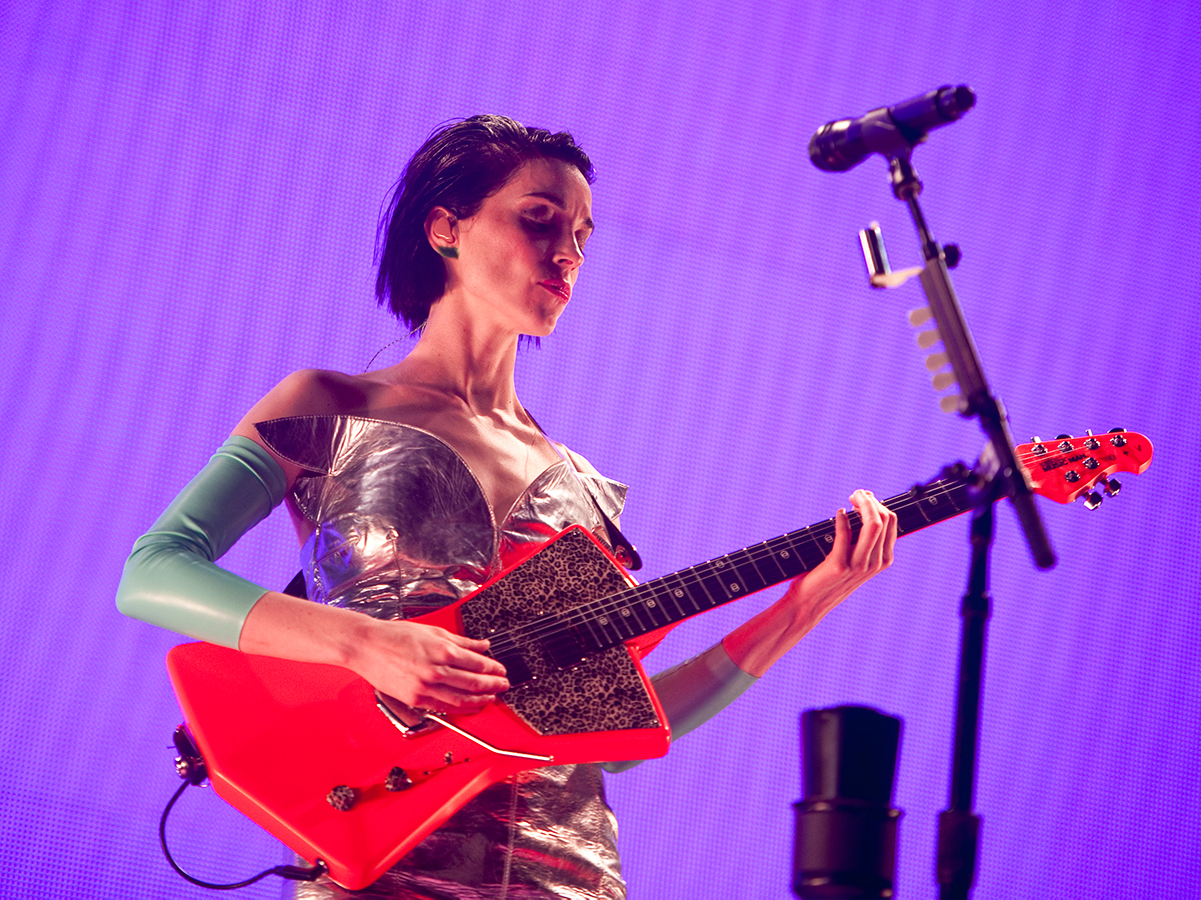 Announced back at this year’s Winter NAMM, the 2018 version of the Ernie Ball Music Man St Vincent signature has finally been released. And, to tie in with the launch, the folks over at Ernie Ball have released a short film that offers a rare glimpse into the indie musician’s world.

Titled Disruption by Design, the eight-minute clip follows St Vincent—real name Annie Clark—during her Coachella rehearsals, Masseduction recording sessions, and even her day-to-day life in her home studio. Of course, the new guitar is front and center. It’s not your typical gear demo video, but it’s well worth the watch, especially if you aren’t already a St Vincent fan.

The St Vincent signature comes in two versions: with either three DiMarzio mini-humbuckers (the same as the previous iterations) or a pair of custom-designed Music Man humbuckers. The other 2018 updates include a roasted figured maple neck on both versions, and a batch of new colors.

Check out Disruption by Design here: