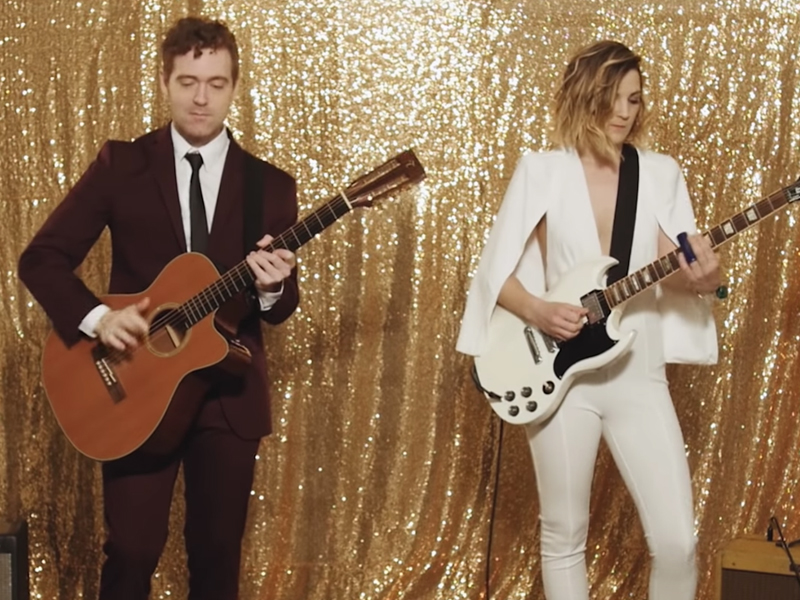 The duo—Sarah Zimmermann and Justin Davis—take on the ambitious task of covering the hip hop song with only their guitars. And it’s a brilliant cover that combines slide guitar, percussive thumps on a dreadnought, and a nimble arrangement.

Striking Matches are currently working with the producer Kennedy  on a new LP that’s yet to receive a title. They’ve described it as “blues-pop,” featuring an amalgamation of their throaty guitar riffs and catchy pop melodies.